Axis, a company that specializes in making tiny drones now released a new model- Vidius, The World’s Smallest Video Drone. With just 1.7 inches wide and under an inch tall, this drone is capable of flying up to 100 feet away.

Of course, the most important feature is its ability to record and stream live video in 420p. It has a 6-axis gyro stabilization, to keep it centered and can rotate the full 360 degrees. 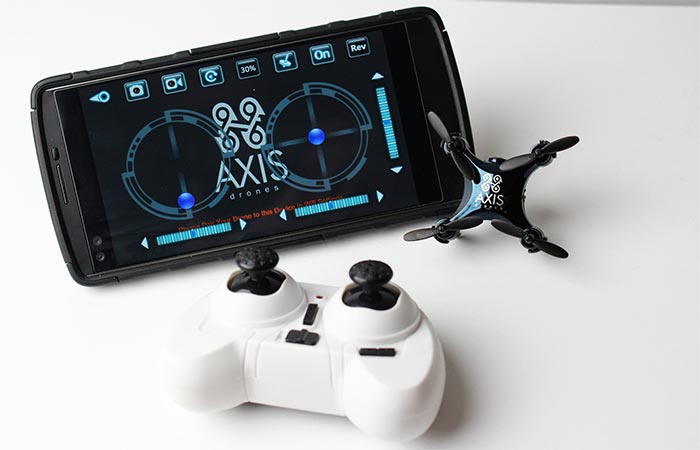 Besides the controller, you can use a smartphone or tablet to fly this drone.

This drone uses wifi connection to transmit the live video to your devices. You can then share the videos directly from the Vidius App. To fly the drone, you get a controller, or your can do it from your smartphone or tablet. It uses a USB cable to recharge and for a 20-minute charge you get a 5-7 minute flight. 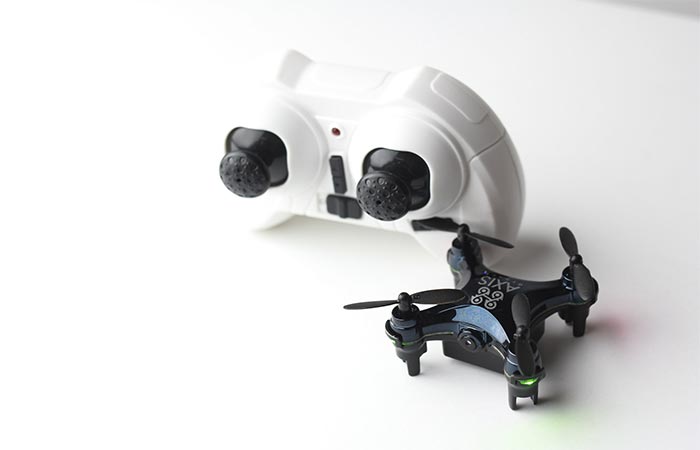 Vidius has three speeds and a “Trick Mode” that allows it to do flips and rolls while recording 420p videos.

Vidius has three speeds, so everyone can adjust the necessary flight sensitivity. Since this drone is so tiny and lightweight, owners don’t need to register it with the FAA (Federal Aviation Administration) before flying. One more cool feature is the “Trick Mode” that allows you to do awesome flips and rolls, just by adjusting the controller a bit. 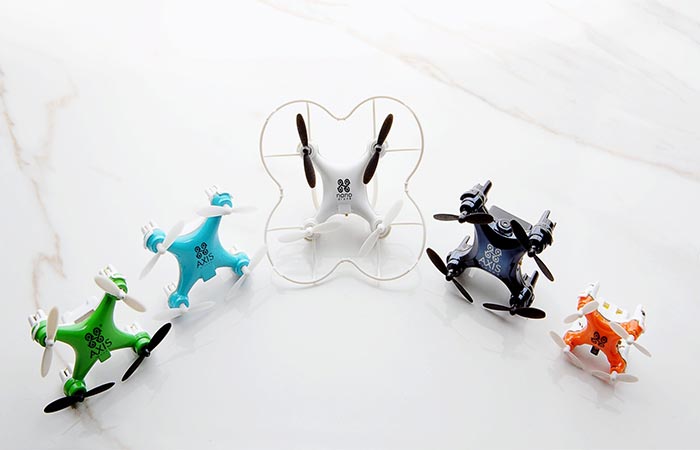 Axis drones compared by size. Vidius, the black one, is a bit larger than the Aerius, the smallest one Axis has to offer.

If you want to use Vidius when it’s dark outside, there are bright LED lights making it easier to locate it. What’s also great about this set is that you get additional blades. Hopefully, you don’t crash it, but you never know what can happen. You can pre-order Vidius on the Axis

You can pre-order Vidius on the Axis website and also check out other small drones the company makes.