You may have heard about The Peterson of Dublin, a company from Ireland that makes cigar pipes. If the name doesn’t ring a bell then you’ve probably seen it in one of the Sherlock Holmes releases. The original Holmes model came out in 1987 and now was the perfect time to honor it. The Holmes Vaporizor Pipe represents an idea for the new design while at the same time celebrating the 150th anniversary of the company.

According to the designer Steve Bae, the idea behind it was all about ‘fusing the analog and retro designs of original pipes with electronic vaporizers of today’s needs.’ It’s stylish, minimalistic and modern. Once you inhale, the led light on the bowl will start glowing orange. There are also plus and minus controls so you can adjust the depth of the flavor. 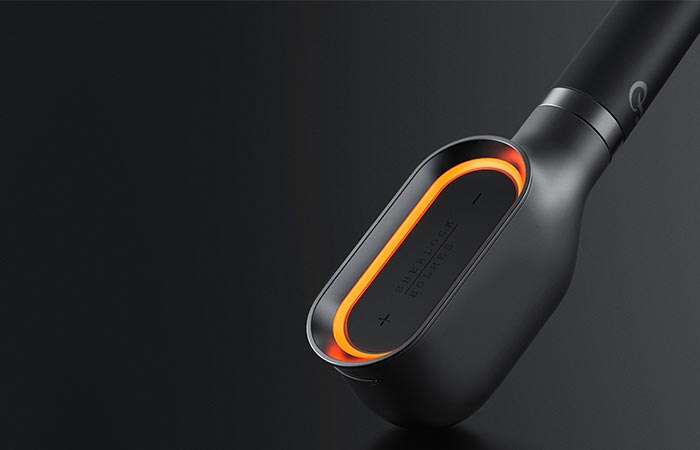 The Holmes Vaporizor Pipe is modern, minimalistic and has controls where you can adjust the flavor. 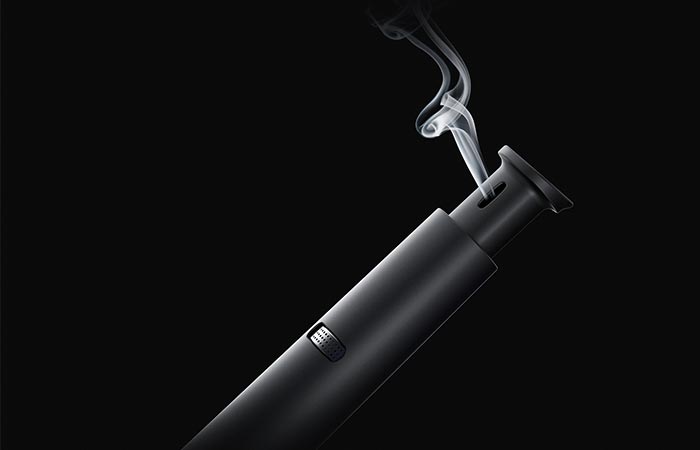 The mouthpiece is designed in a way that prevents dust from getting in and keeps it more hygienic.

Another cool feature is the drawer type mouthpiece that will keep it more hygienic. This solves the problem of dust getting in because once you close the mouthpiece it becomes completely sealed. In order to charge it, there’s a nice charging dock. [via] 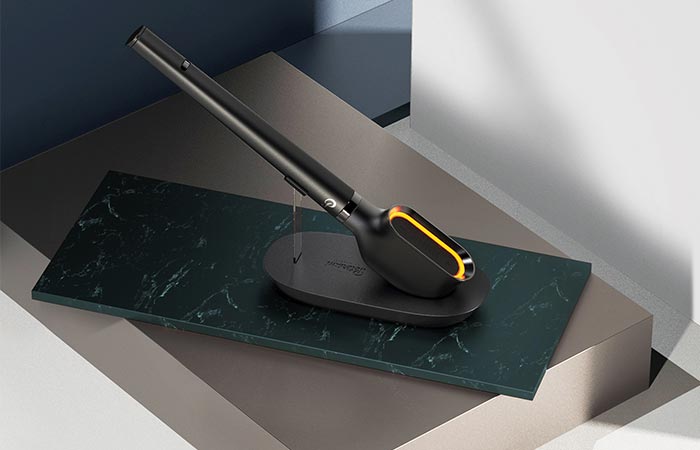