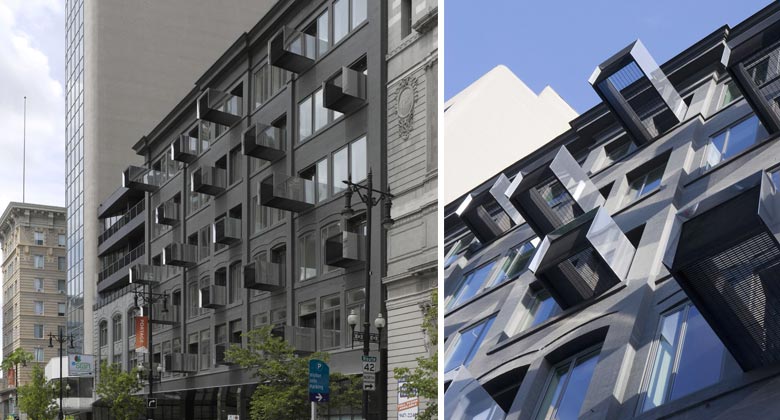 Two buildings in Winnipeg that used to be famous and some of the most prominent retail destinations – The Avenue and Hample Buildings – were losing their shine for years, but their new life has begun. The site was purchased by an investor who wished to turn them into 75 rental apartments and 22,500 sq feet of commercial area. The job has been given to the 5468796 Architecture and this is what they have come up with.

The shapes they used were fairly simple, but they managed to turn them into memorable structures. The balconies hanging above the sidewalk resemble open drawers, sticking far into the outer space. However, even though they are so sharply shaped, they do not make an inappropriate visual statement due to the fact that they are clad in mirror aluminum, reflecting the surrounding area, the sky and the building’s own façade at turns. The base of these balconies, which can be enjoyed by the occupants of 20 of the apartments, is gridded. 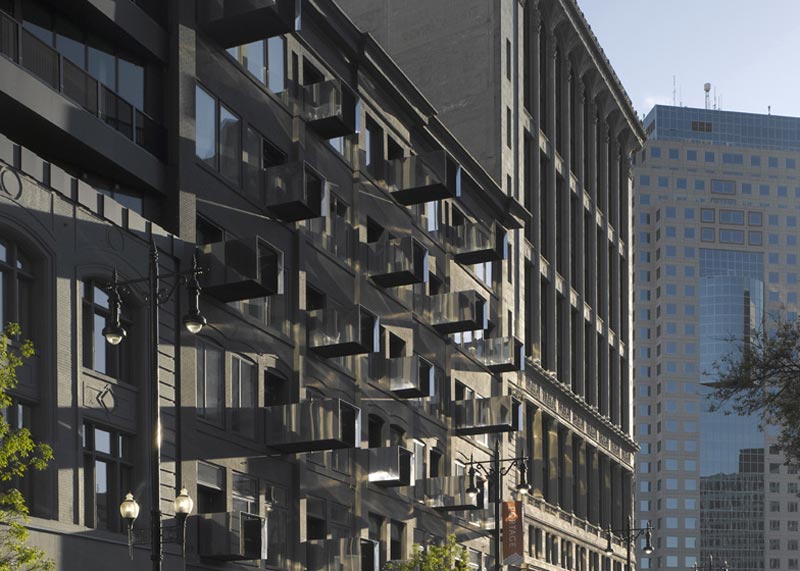 Another big addition to the original shape were the extra storeys added to the Hample Building in order for it to reach the height of the Avenue Building, making the two buildings unite. Another unificating element is the mirrored canopy that accommodates the two separate entrances.

The shape of the entrances lies in contrast to the upper floors, which are protruding to the outer area. The ground floor, on the other hand, folds into the building in order to create a deep entering area and make the sidewalk in front of the buildings wider.

This kind of opposing ideas regarding the public image of the construction managed to increase the presence of the building through the use of protruding balconies, but also reduce its practical impact on the area, by expanding the sidewalk in front of the entrances. 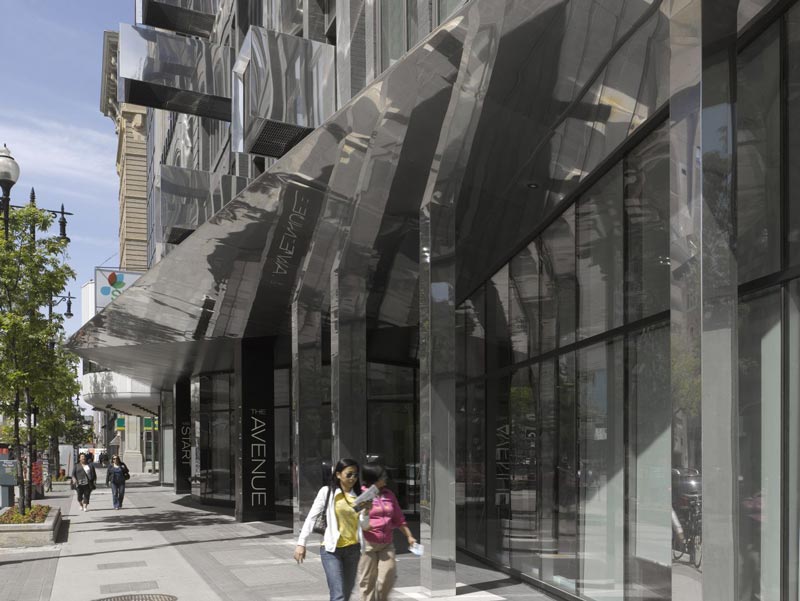 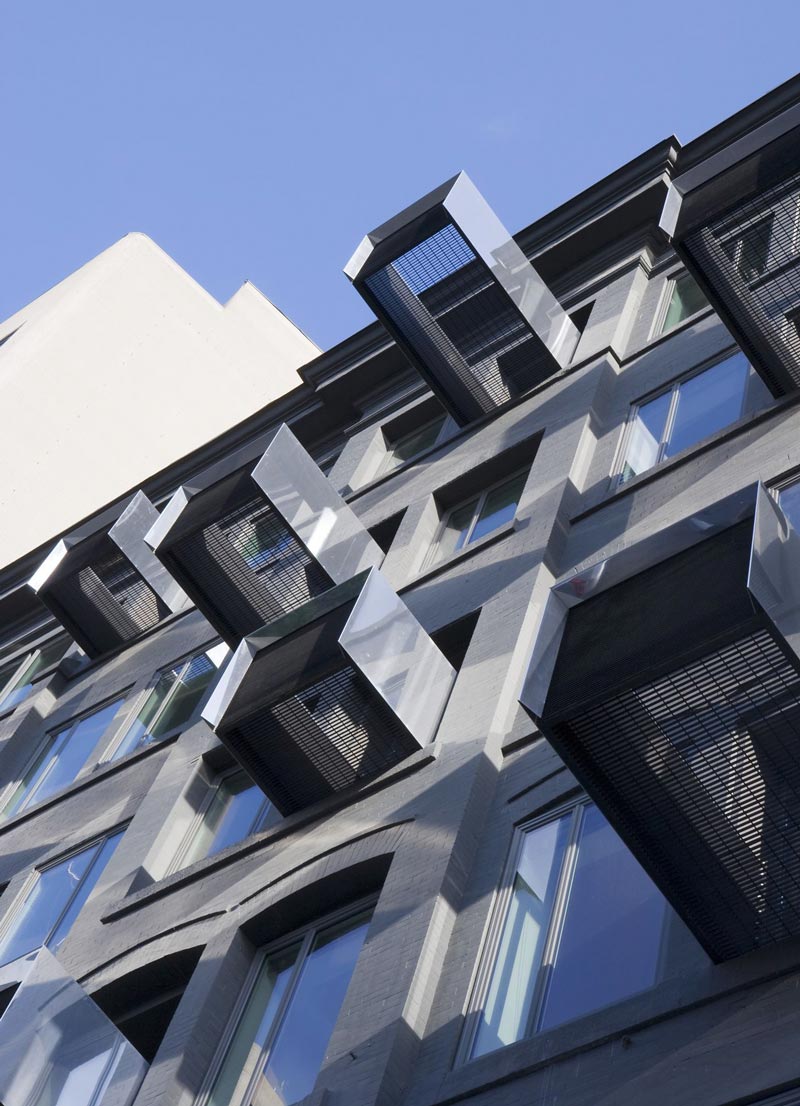 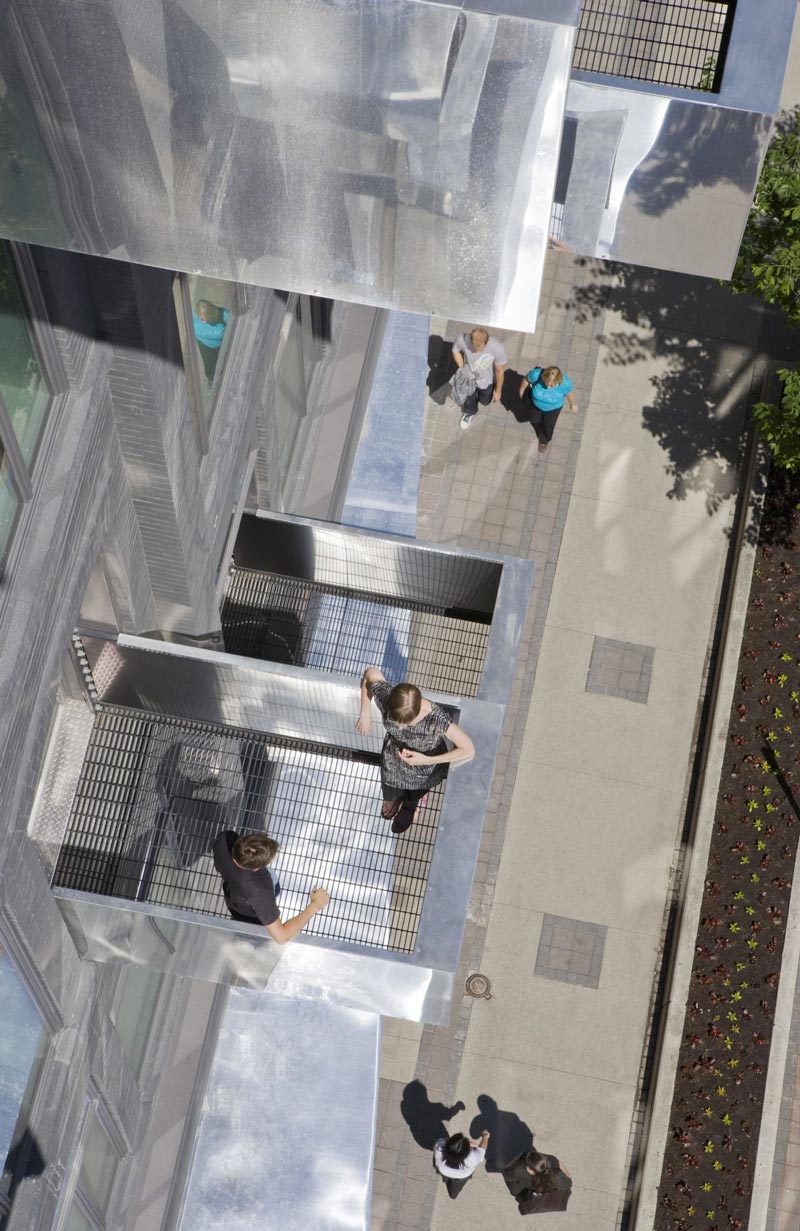 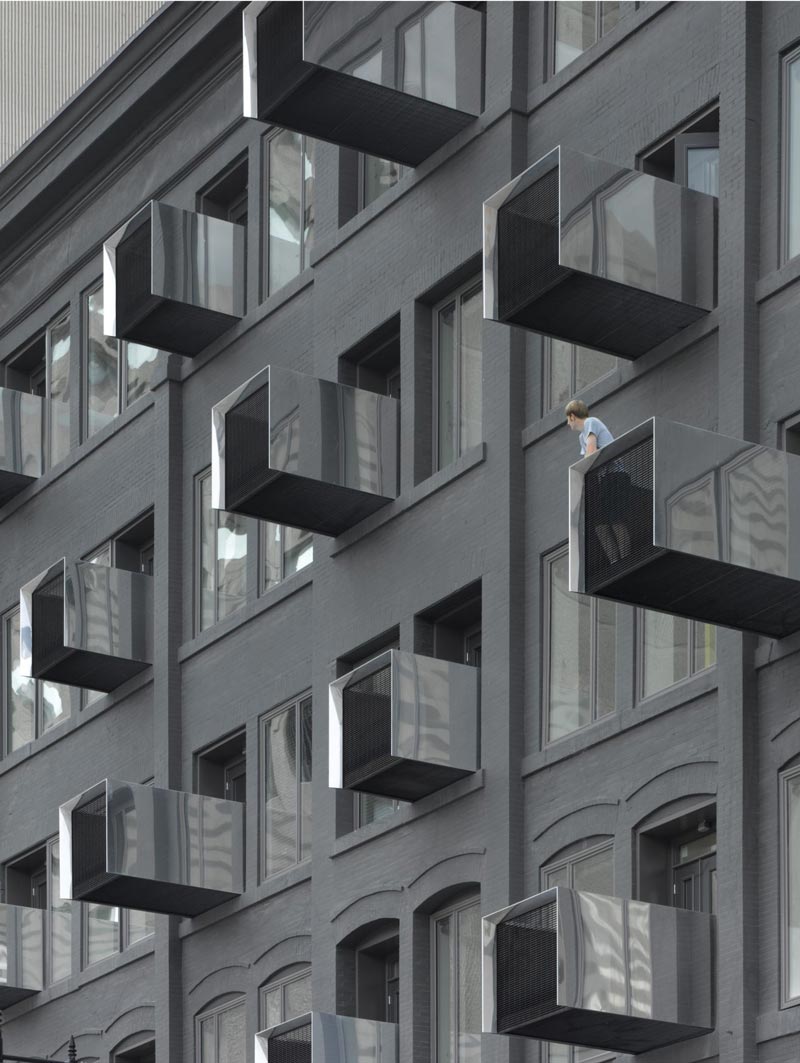 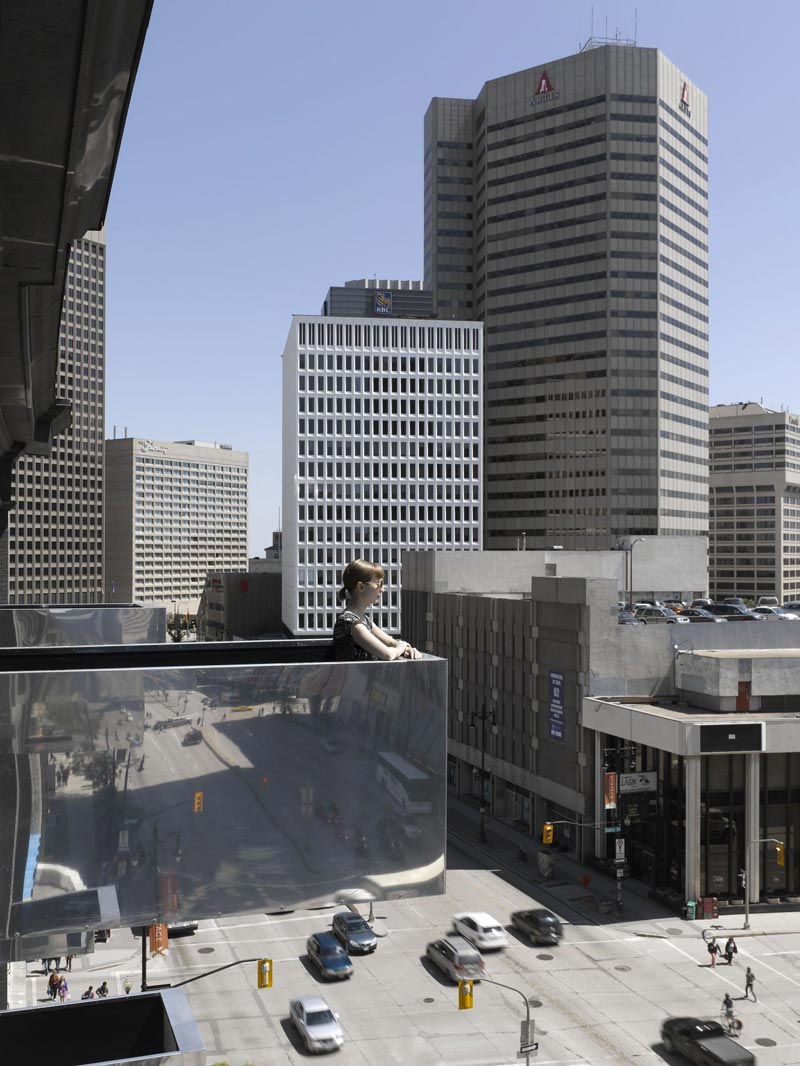 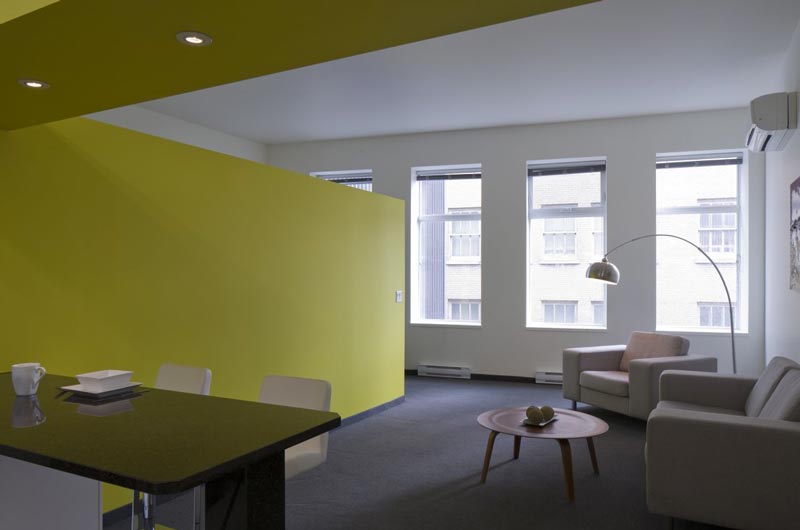 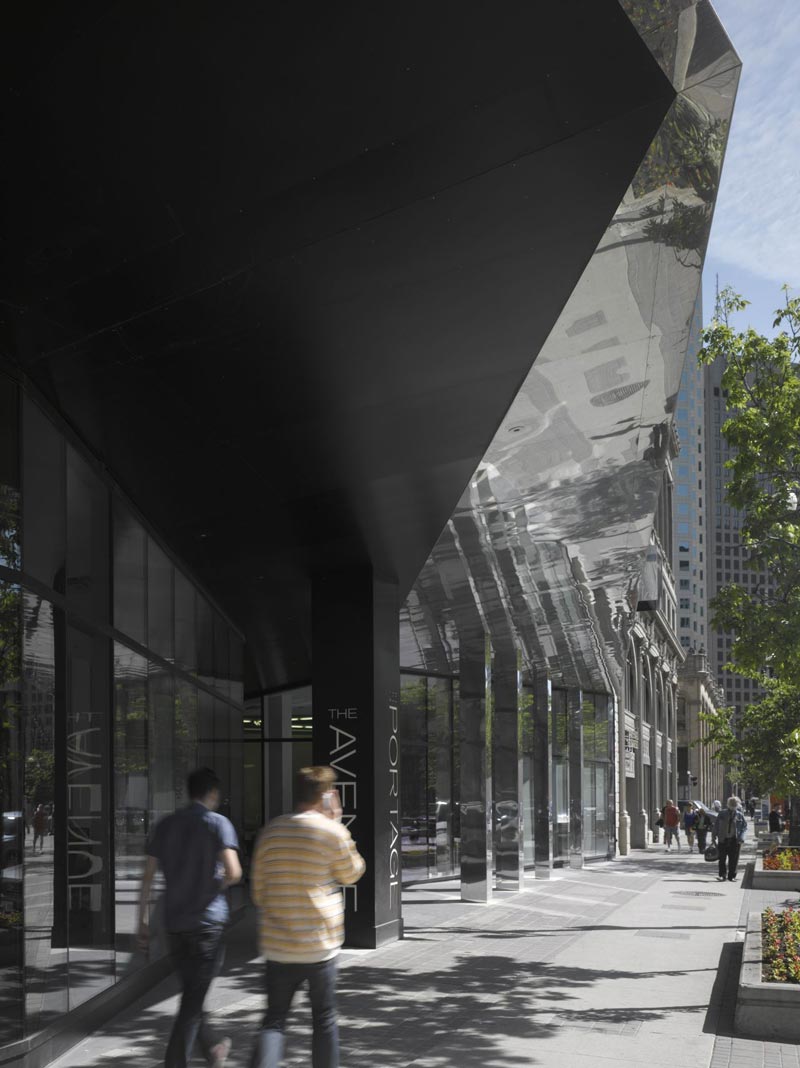 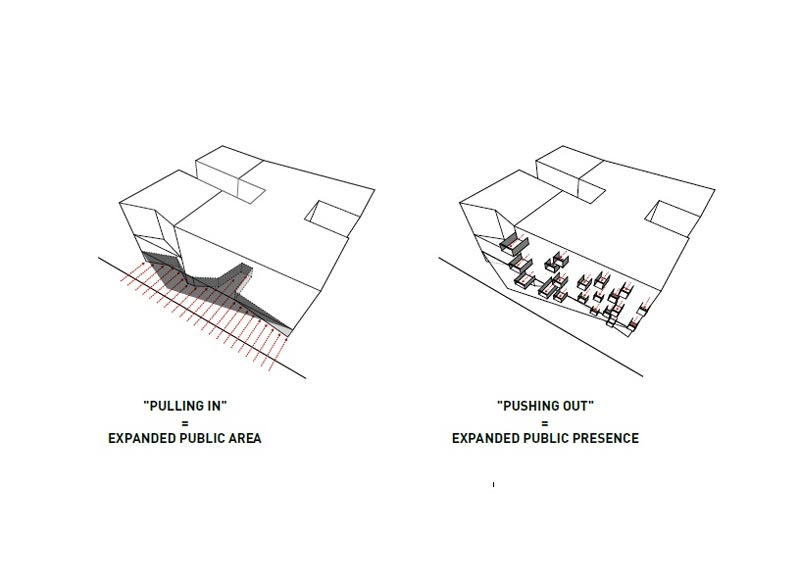 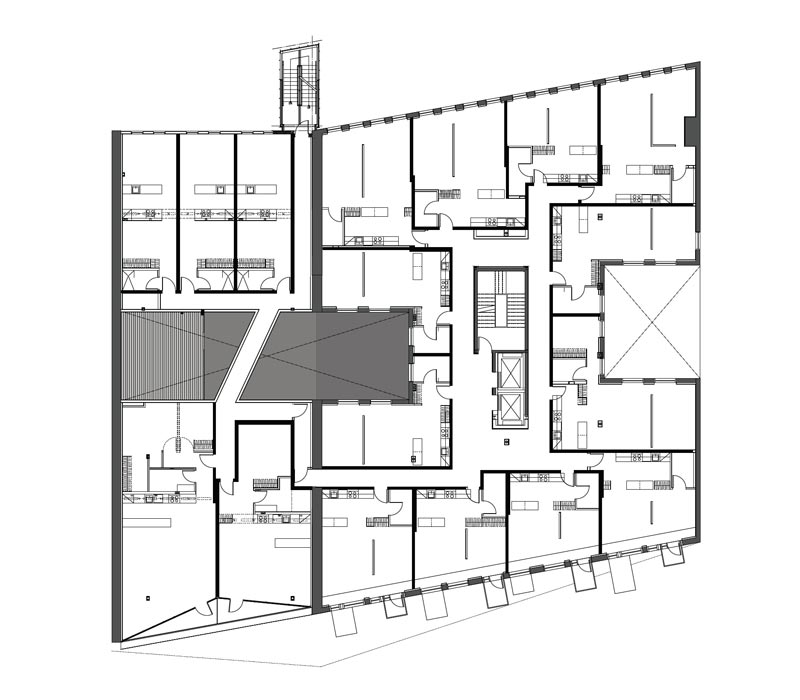