Tetris is a game that we all have played. From the young to the old, everybody knows what Tetris is. However, there are very few people that know the story behind one of the most popular video games ever made. That’s why Dan Ackerman went and wrote, The Tetris Effect: The Game that Hypnotized the World.

The obscure history of Tetris is something that The Tetris Effect covers in detail.

It tells the story of how a Soviet programmer who was working on antique computers created a product that has earned almost $1 billion dollars in sales.

Furthermore, it also tells the story of how this game turned into a worldwide sensation. As a matter of fact, Tetris has been displayed at the Museum of Modern Art, inspired a Hollywood film and has also been played in outer space. Tetris furniture has also been created. 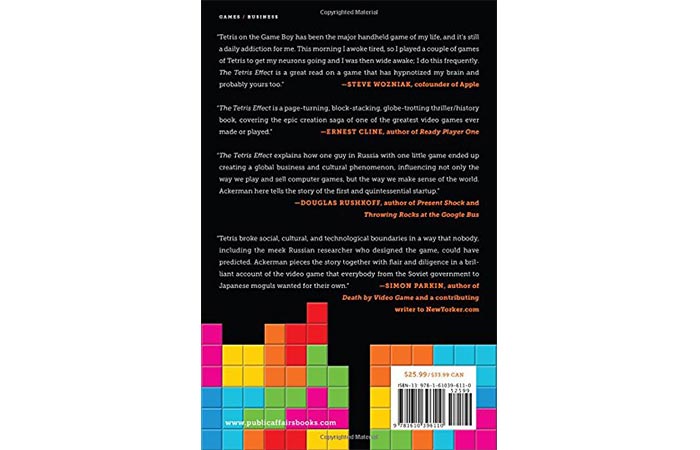 Even people like Steve Wozniak gave this book glowing reviews.

Tech reporter Dan Ackerman took it upon himself to write the story of Alexey Pajitnov. The teenager who was enflamed with inspiration, and then worked countless hours and years to bring Tetris to life; the game that he had imagined.

This trivia-filled gem shows everything from conception to Tetris spread across the world, capturing the minds with its hypnotic shapes. Ackerman also recounts the game’s improbable path to major global success.

This is a section from the synopsis, “The Tetris Effect is an homage to both creator and creation, and a perfect gift for anyone who’s ever played the game—which is to say everyone.”

And Wired had this to say, ““The definitive telling of one of the most fascinating stories in videogame history.”