After anticipating it for some time now, Tesla Model 3 is finally revealed. On March 31st, Elon Musk presented the new model in the company’s design studio in Hawthorne, California. “It’s very important to accelerate the transition to sustainable transport”, he said in his speech. After decade’s worth of work, Tesla Model 3 is going to become one of the safest cars in the world while at the same time delivering great performance.

As for the features, Tesla Model 3 will achieve 215 miles of range per charge and go from zero to 60 mph in under 6 seconds. The idea is to exceed those numbers in the final car. Model 3 will take the company mainstream as its performance isn’t the only thing making it awesome. The price is surprisingly affordable and will start at only $35,000. 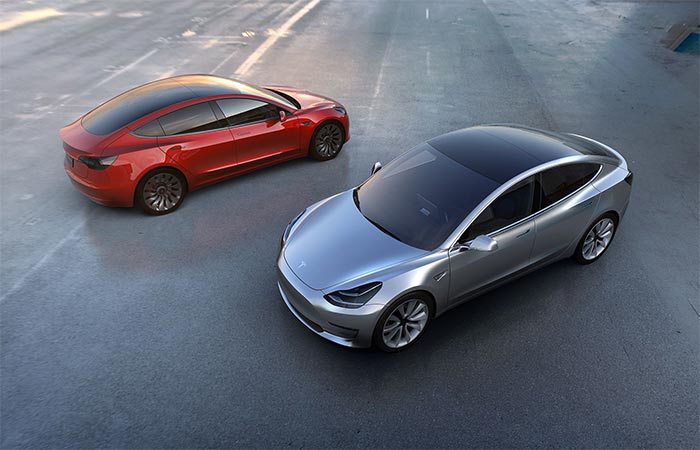 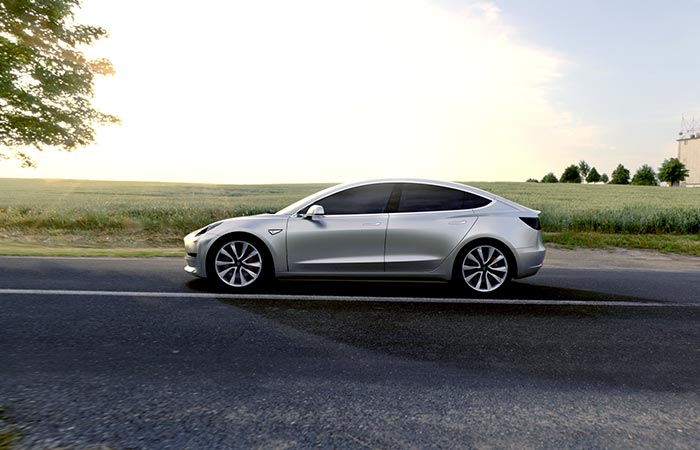 The new Tesla car was unveiled by Elon Musk on 31st March in the company’s design studio in Hawthorne, California.

Tesla Model 3 has 5-star safety rating in all categories and features autopilot safety settings and supercharging capabilities. Spaciousness is also an important part of this car as it will allow five adults to fit comfortably and provide “more cargo capacity than any gasoline car of the same external dimensions.” Storage space will be achieved in both front and rear trunks, just like with Model S. 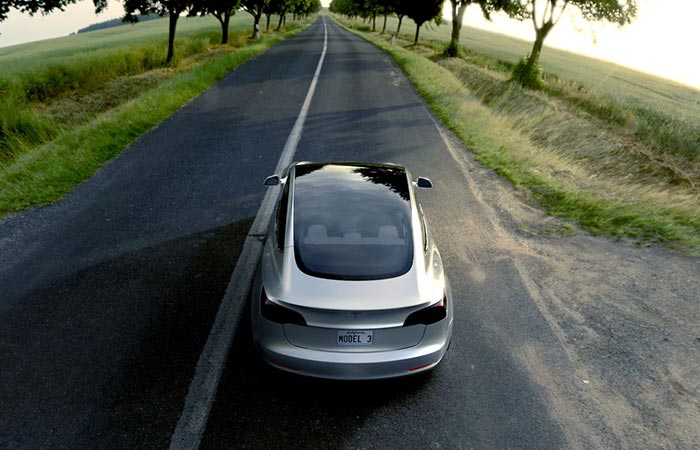 Tesla Model 3 can achieve 215 miles of range per charge and go from zero to 60 mph in under 60 seconds. 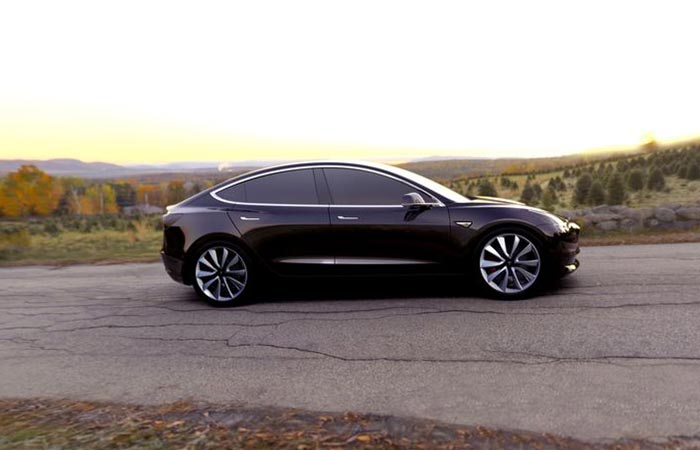 The production will start in the late 2017 and the car will be surprisingly affordable, starting at $35,000.

Tesla Model 3 will have an entire roof area made from a single piece of glass. The central console features a 17-inch landscape touchscreen. Regarding the production, it will start in the late 2017 but you can preorder it now with a $1,000 down payment. watch video below 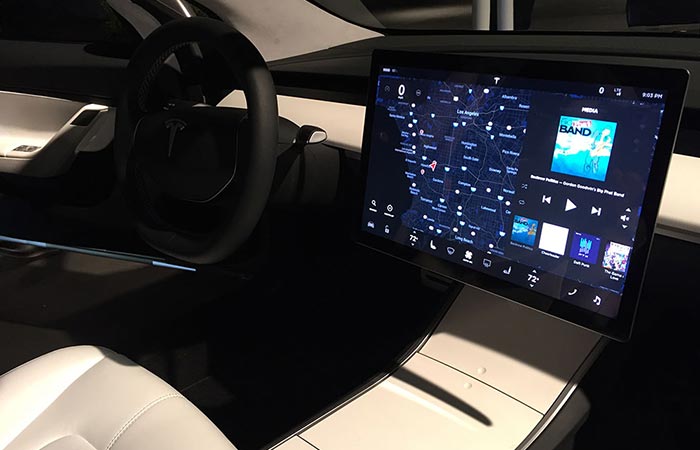 The 17-inch touchscreen inside the car.