As the release of the Apple Watch grows near, various developers have started showing what they have in store for this device. Eleks, a software development company, has unveiled the Tesla app for Apple Watch which will allow you to control various features of your Tesla Models S.

Most of us might find Tesla Motors vehicles a bit out of our price range, but those of you who actually own a Tesla Model S P85D have a lot to be excited about. This app has multiple screens which can be accessed by simply swiping the screen of the watch. The features it provides will allow you to monitor the battery life of the car, track the car’s location, sound the horn, turn the lights on and off, control the sunroof and adjust the temperature of the car. 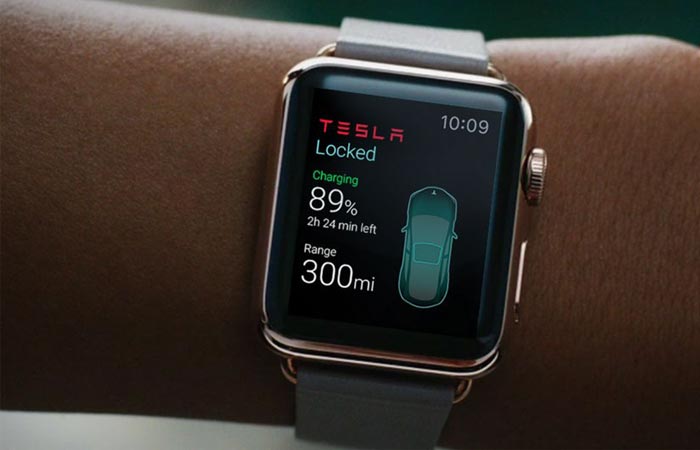 Using your smart watch to control your vehicle sounds like something straight out of a science-fiction movie which is appealing to a lot of consumers. However, all of these features are already available to Tesla owners thorough the iPhone app. So, why go through the trouble of developing it in the first place? One of the main reasons behind the development of this app is to show the capabilities of the Apple Watch and what third-party developers can do with it. That’s right, Eleks has no affiliations with Tesla Motors and they have developed this app on their own, albeit not without certain issues. 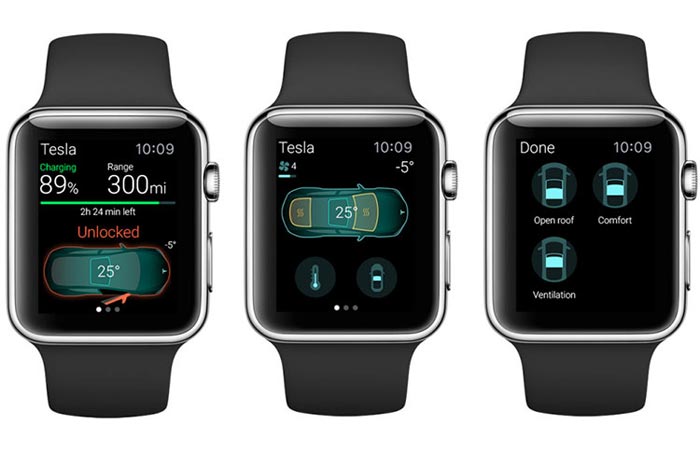 As Markiyan Matsekh, the product manager of this project, stated in their blog post about the development of this app, there were a lot of difficulties. This was mainly due to the fact that Apple’s WatchKit, through which the app was developed, has serious limitations. This tool is intended for third-party developers who want to create apps for the forthcoming wearable. Sadly, the main features of the Apple Watch such as the accelerometer, gyroscope and TapTic tactile notifications, which make the wearable so interesting and noteworthy, are unavailable to developers in its current version. This was one of the biggest obstacles in Eleks’ development of this app, but they powered through and presented their results. Of course, as this is the beta version of the app, we will probably see improvements before its official release and maybe even the utilization of the Apple Watch features which are currently unavailable. 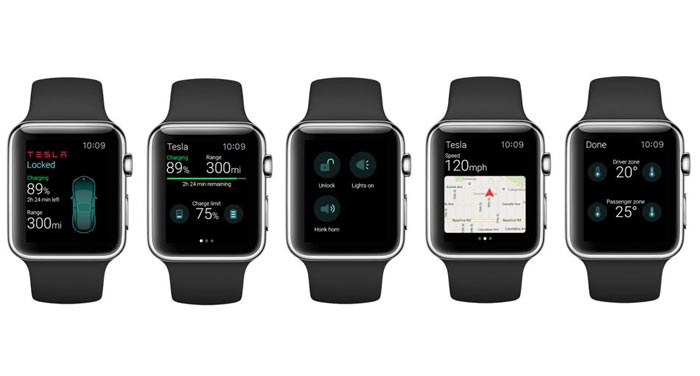 The level of usefulness of this app is questionable but Tesla owners can have a lot of fun with with it as controlling any features of your car from the wrist of your hand is, nevertheless, pretty amazing. [via] watch video below