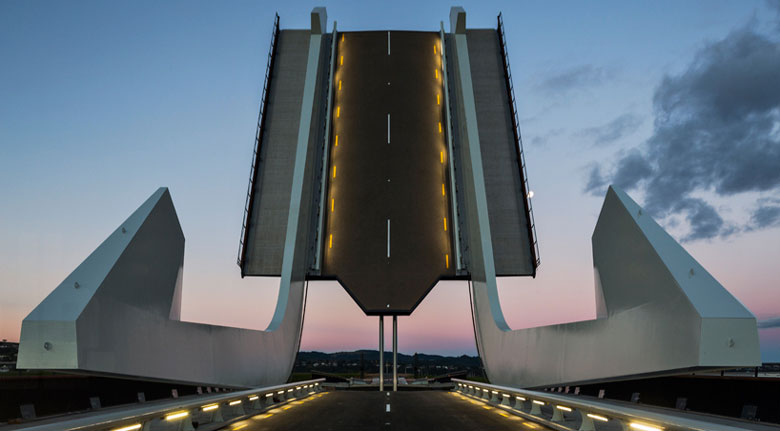 Knight Architects used a fish hook as the inspiration for the Fish hook of Pohe bridge in Whangarei in New Zealand and their interpretation of this extensively used motif in local Maori culture made this bridge stunning.

The official name of the bridge is Te Matau a Pohe, meaning The Fish hook of Pohe and it was named after Wiremu Pohe, the Maori chief that greeted the first Europeans ever to visit this area in the first half of the 19th century.

The Fish hook bridge is supposed to be one of the most important sections of the highway network and its main role is to reduce congestion and advance access to the Whangarei Heads and the airport. 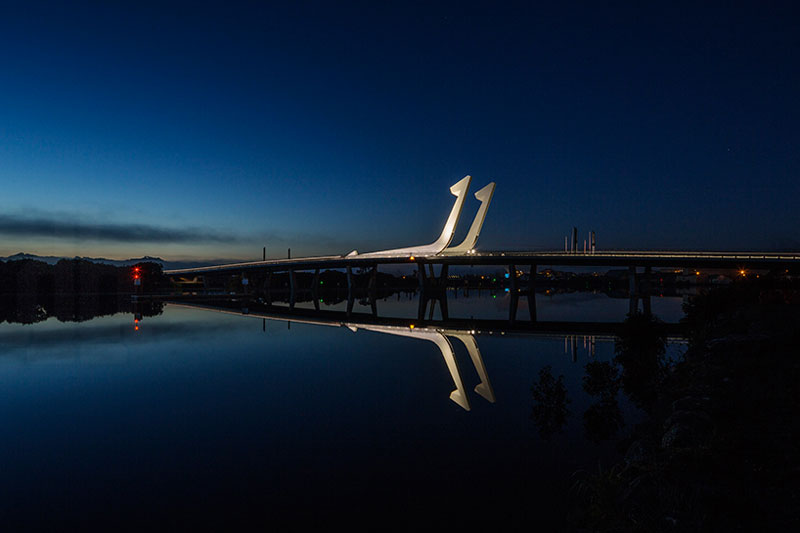 However, the bridge’s shape and functionality had to respect the river users, giving them permanent minimum headroom and the possibility of elevating a section that allows vessels that exceed 7.5m in height to pass.

The type of the opening is a well known rolling bascule and its steel deck J-shaped supports provide a distinctive look that serves the function of dramatically showcasing the elevation of the opening section, while staying true to the Whangarei cultural context of the area.

The structure is clearly visible at all times, during the day as well as at night, and immediately after its opening on July 27th, 2013, Te Matau a Pohe became a stunning landmark with modern functionality and traditional and local culture related shape. 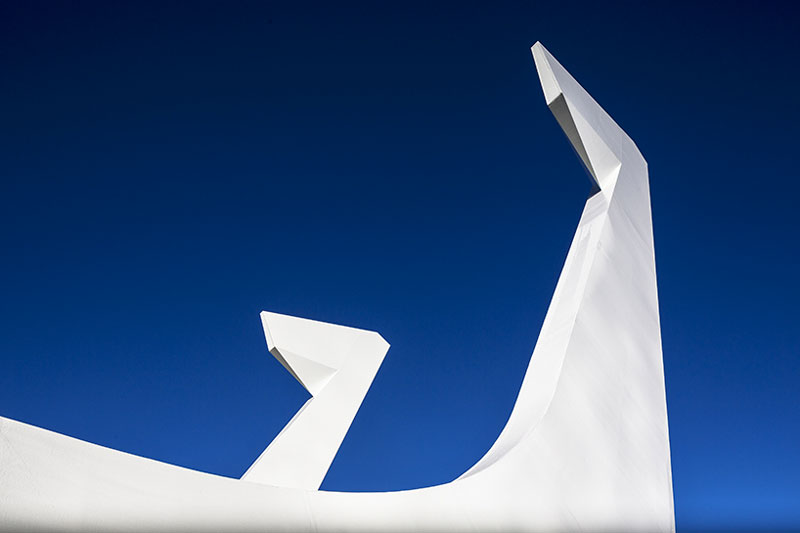 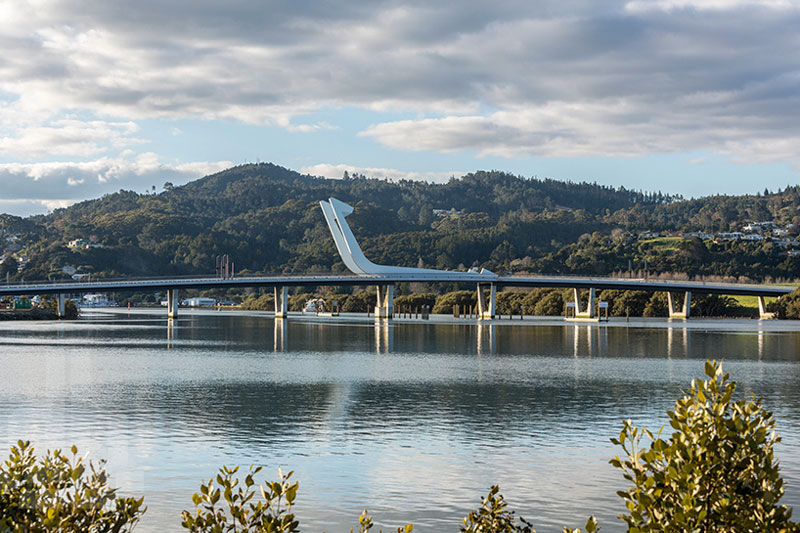 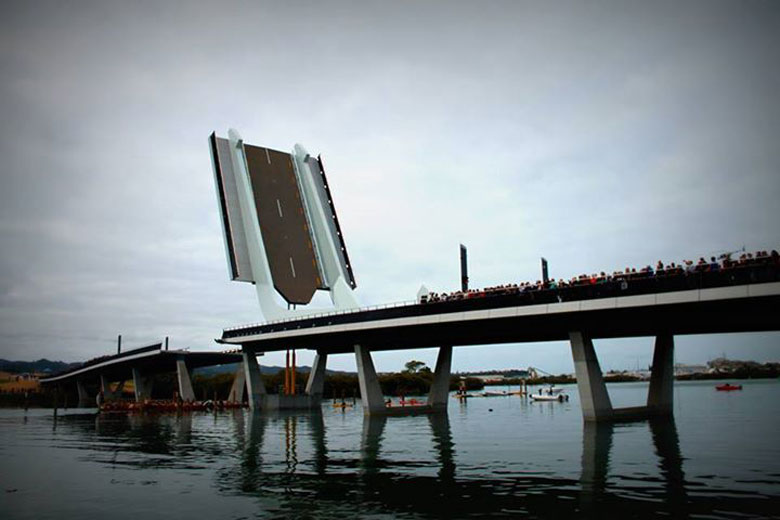 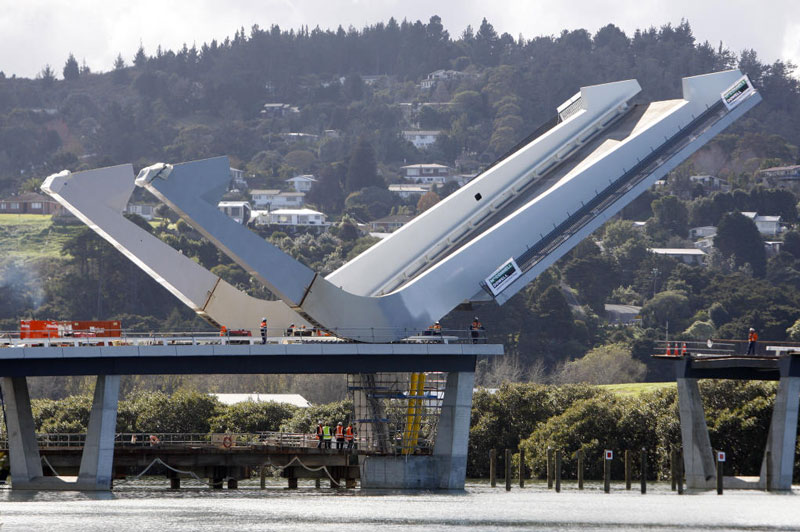 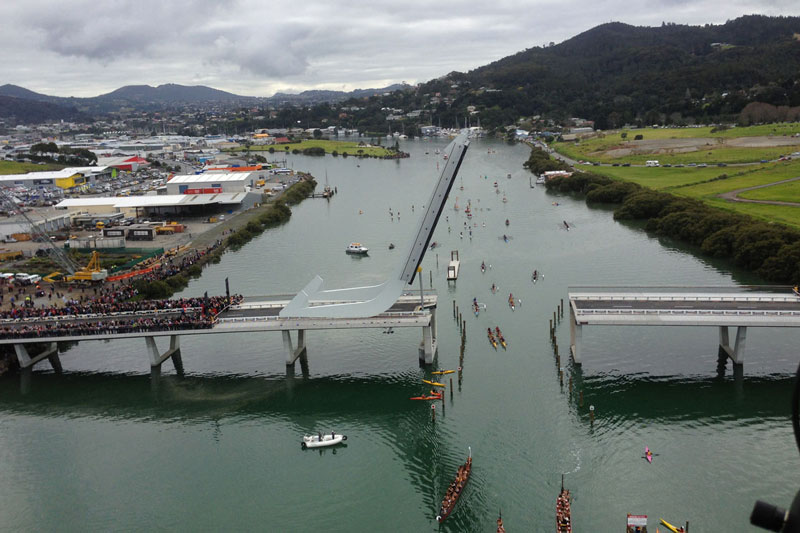 [via designboom images via Knights Architects]