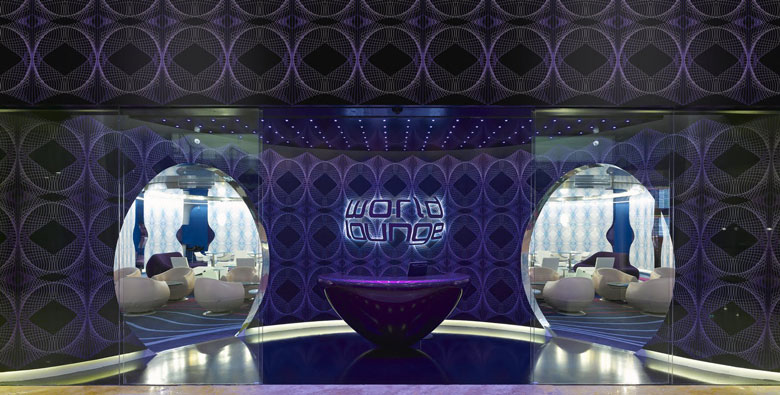 You can like or dislike Karim Rashid’s work, sing praises about him or criticize him, call him ingenious or “a stylist who tries too hard” (the source of this statement will remain nameless on purpose), but you certainly cannot deny the fact that this iconic designer and artist has the unmistakable style. To us, his style is colourful, fashionable, vibrant and fluid.

„The Prince of Plastic Design“ (a phrase coined by the Gulf News) was commissioned by Al-Bassam Group to design a restaurant in the Dubai Mall aptly called ‘Switch’. “The wall (of the restaurant) is inspired by the Arabic letter S (ش) turned on its side. ‘Shin,’ like the Greek Sigma, a play on the word Switch,” explains Rashid. “Shin as a prefix even means “which,” going along with the name of the restaurant, Switch,” he continues. But switch is also something like a change of direction, a transformation. The space actually transforms, and takes one on a journey. It is a truly unique environment.”

‘Switch‘ is the first restaurant / lounge in the United Arab Emirates designed by Rashid. It spans across 200 square metres (2,150 square feet) and seats 97. The most striking feature of the restaurant is certainly its sinuous walls, made of seamlessly joined parts, which change colours – from soft pink to electric blue – thus setting the mood and the atmosphere in the restaurant. Also, the shift in colour creates an interesting play between the light and shade.

In designing ‘Switch’ Rashid was observant of the iconography and heritage of the Gulf region, so the ceiling, for instance, is decorated with the stylized Arabic phrases, illuminated from behind, taken from the eminent Arabic literature. The ergonomically curved seating (mostly in designer’s favourite pink), manufactured in Milan, compliments the wall dynamic while the restaurant’s clean lines make the space looks symmetrical and balanced. Switch resembles a fantasy land, or a cocoon in which you lose yourself and forget about the hustle and bustle of a shopping mall. Switch is colours galore and sensory overload – just as you would expect from Karim Rashid.

“We built Switch as an icon for Dubai,” Deem Al Bassam, director of Switch, says. “This was Karim’s promise, from day one. The design will pull people in; the food and service will bring them back.” The only request Ms. Al Bassam had was for the restaurant to be “very 21st century”. Mission accomplished! 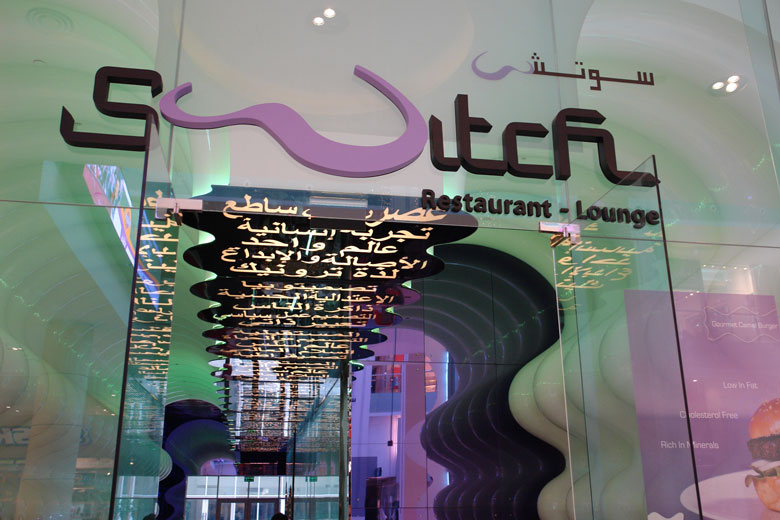 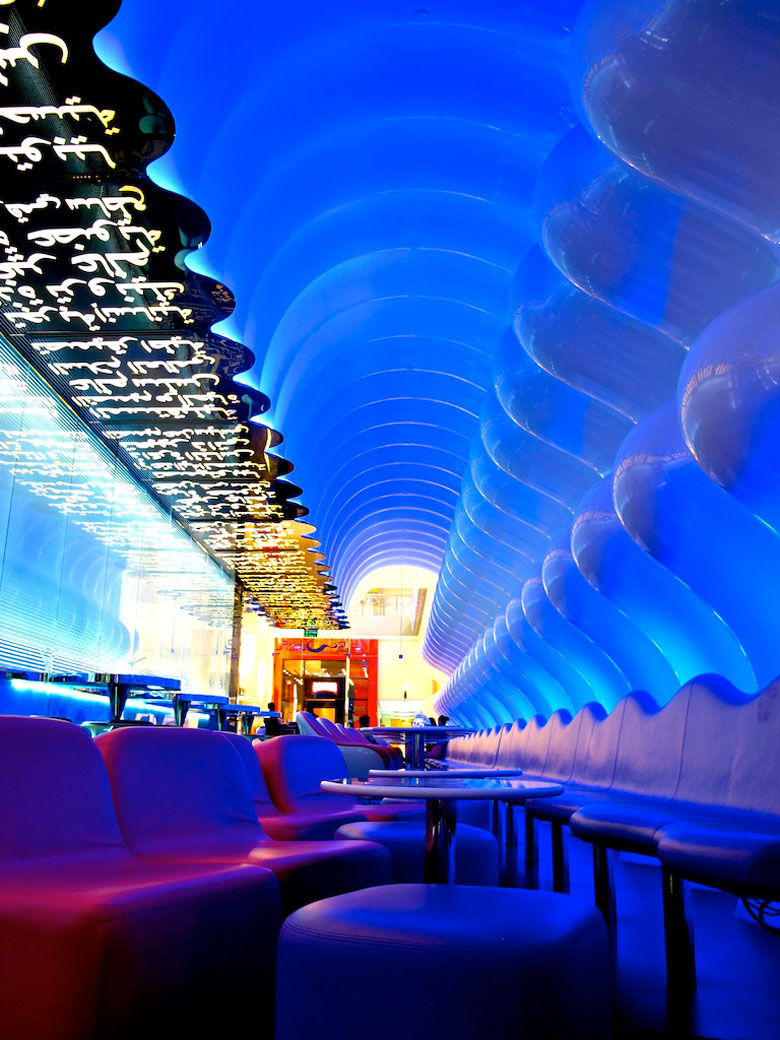