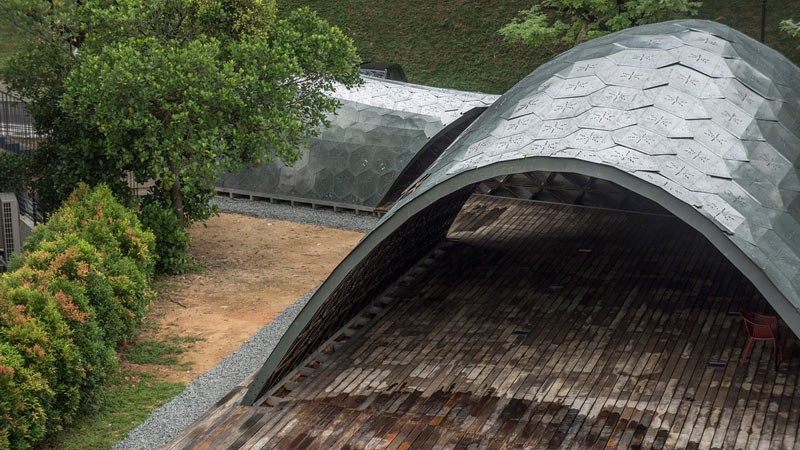 City Form Lab developed the SUTD Library Pavilion, but the idea actually came from first year students at the SUTD – Singapore University of Technology and Design. The idea was a part of a competition and City Form Lab realized its potential and completed the project. It was meant to give extra room to be used for work as well as socialization. This is the result.

Right next to the Singapore University of Technology and Design you can find this new library pavilion covered in scales of galvanized steel. 3,000 unique plywood boards compose a very inexpensive shell, covered in galvanized steel tiles. There are no internal walls or columns of any kind. Further reduction in costs came from the use of components that were able to be processed using undemanding two-dimensional cutting machines. 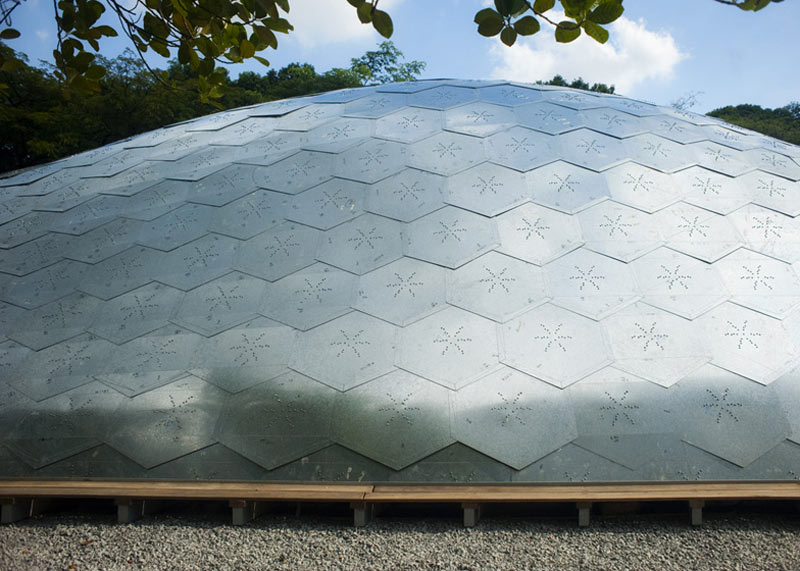 The pavilion is meant to be used as shaded, yet open-air, place to work and socialize by the students as well as the staff at the SUTD. It can also host SUTD community events at night. It offers the commodity of mobile bookshelves, desks and internet, making it great for casual working environment outside the classrooms. 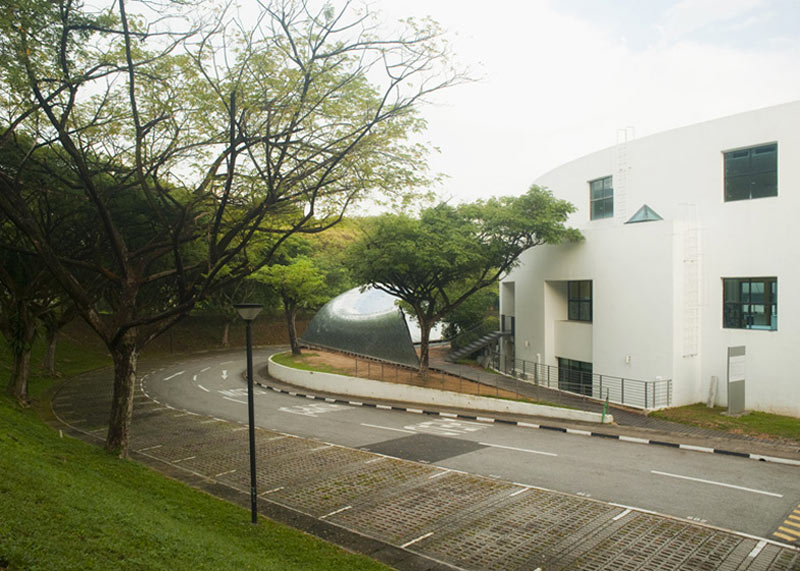 The university is supposed to move to a new campus by 2015, so erecting a new structure may not have seemed like the best idea, however inexpensive the said structure might be. Nevertheless, another simple, yet brilliant, idea made this problem irrelevant. The modules were assembled using bolts and screws, so the entire pavilion is very easy to dismantle and recycle. The plan is to do exactly that two years after it was built, but its main value is the room it has given to some future projects that might make social life of a campus more interesting and full without big budget. 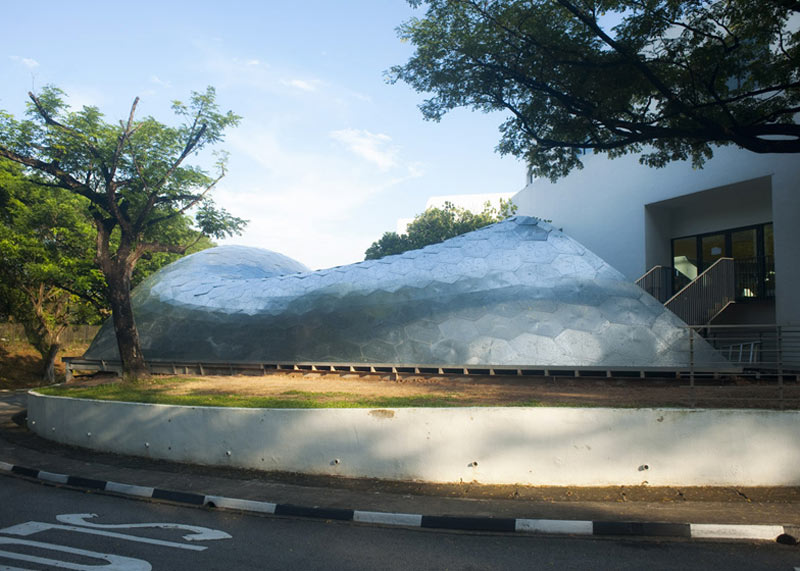 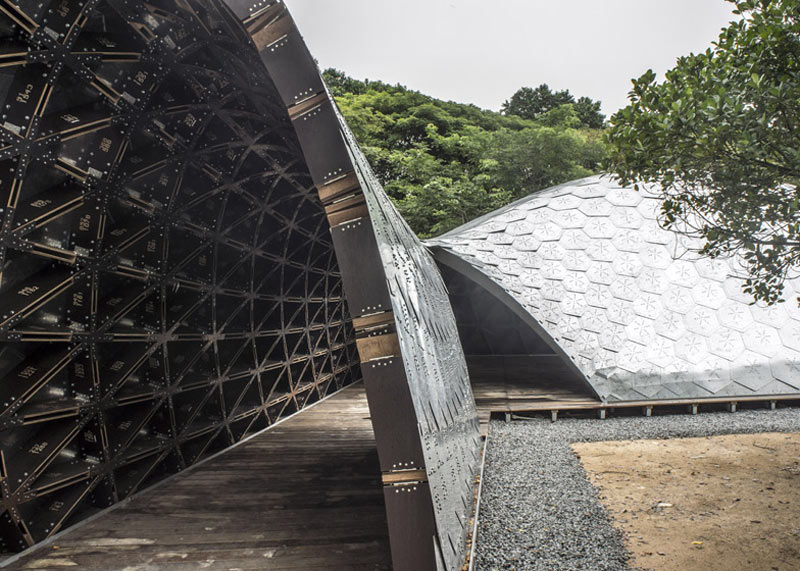 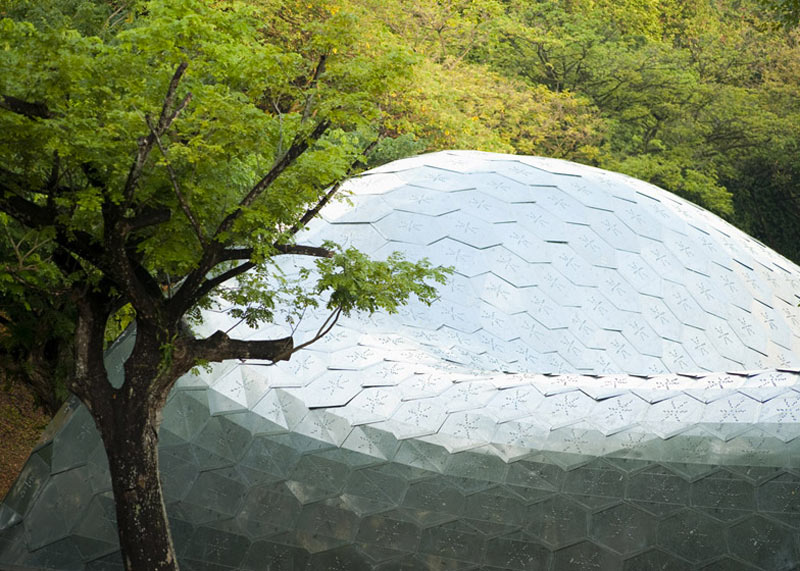 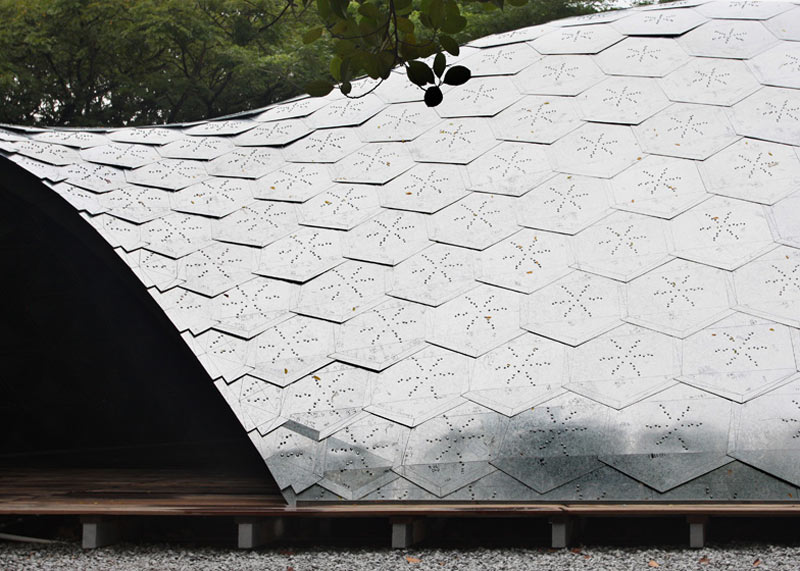 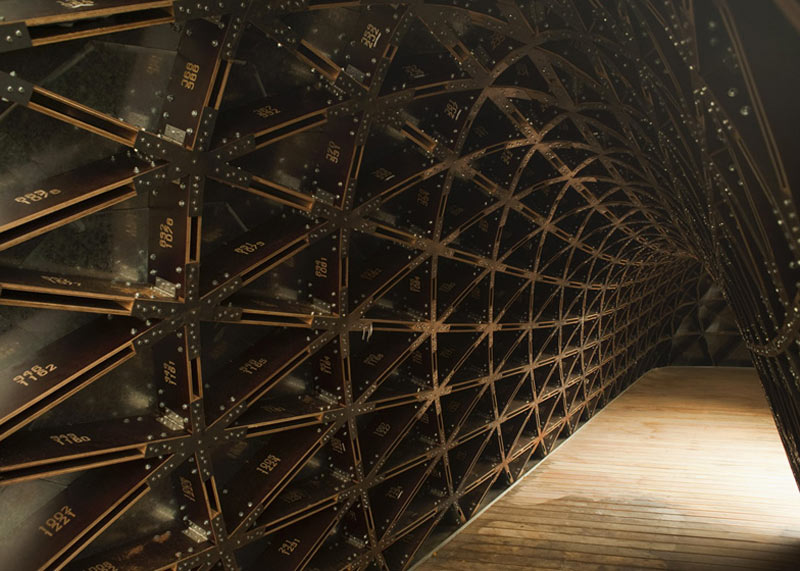 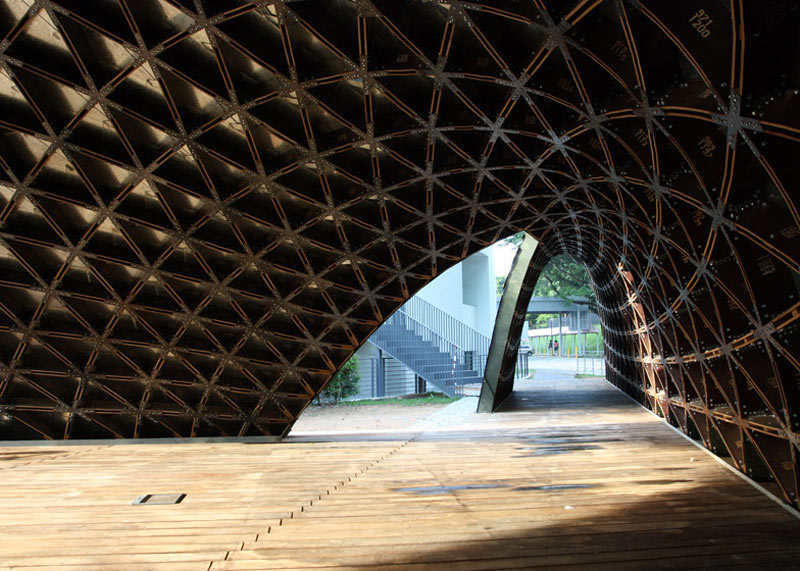 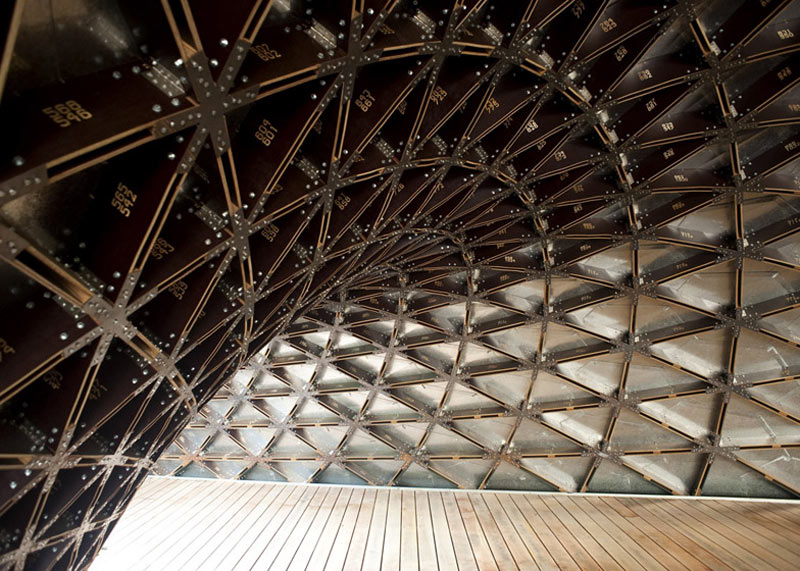 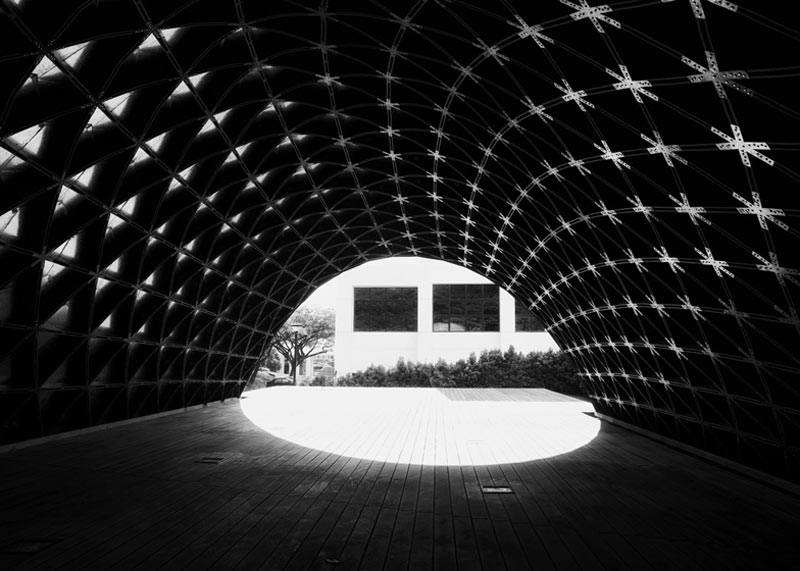