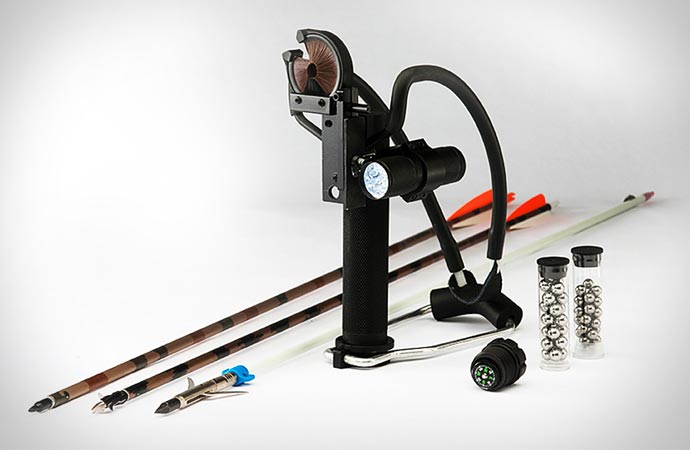 Slingshots are no longer small hand-powered catapults which have been regular fixtures among boys from all countries, generations and cultures. Well, at least not the one that we are featuring here. This is a more grown-up version of a slingshot, made for survivalists, hunters or collectors of strange weaponry. It is called the Survival Slingshot or Archery Slingshot, and is produced by the eponymous company based in Dallas, Texas.

This is a really unique multi-functional weapon, originally configured for archery, camping, target practice, or hunting at night. The Survival Slingshot consists of regular slingshot ammunition (balls), arrows, a rail system which holds a tactical flashlight (included with the slingshot), a compass and a water-resistant storage compartment. The arrows can be used for fishing or hunting small game, from fowl to deer. A Trophy Ridge Whisker Biscuit, attached to the mounting bracket, increases accuracy, and it can be folded away if you want to use the regular slingshot balls. 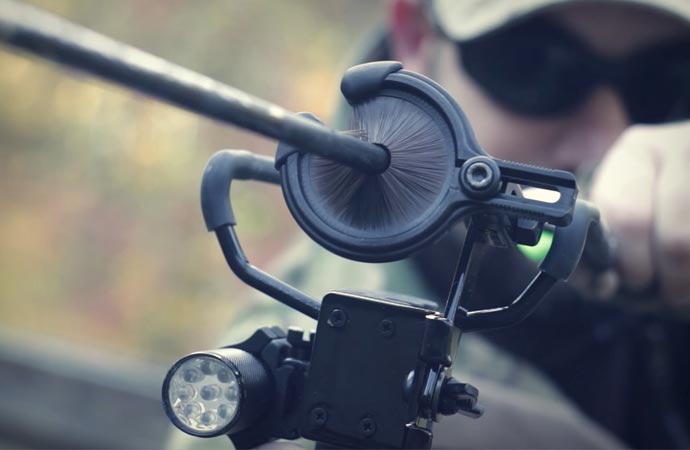 It is worth mentioning that the Survival Slingshot was invented by an aerospace engineer who developed the product by using the latest 3D CAD software. The end result is an exceptionally strong survival gadget that can be expanded to suit various requirements. The inventor was inspired by AR-15 assault rifle, and, just like the rifle, the Slingshot has three mounting points and an integrated rail system for various accessories – from laser sights and tactical lights to arrow rests. [via] 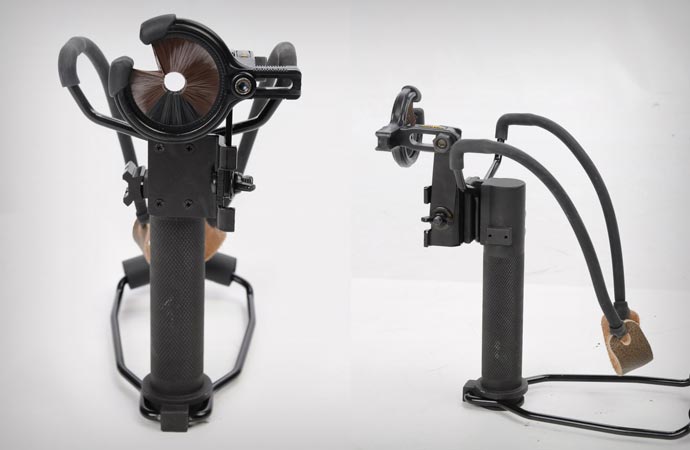