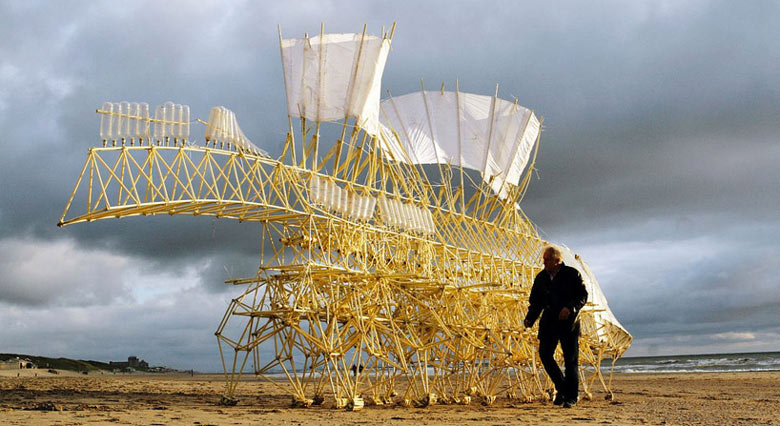 By definition, kinetic art is art from any medium that contains movement perceivable by the viewer or depends on motion for its effect. Today, this term is used to describe three-dimensional sculptures that usually move unassisted or are powered by a motor.

Jansen’s assemblage Strandbeest (in Dutch strand = beach and beest = beast) is not only the fusion of art and engineering, but a 3D mechanism with an artificial intelligence / life of its own. 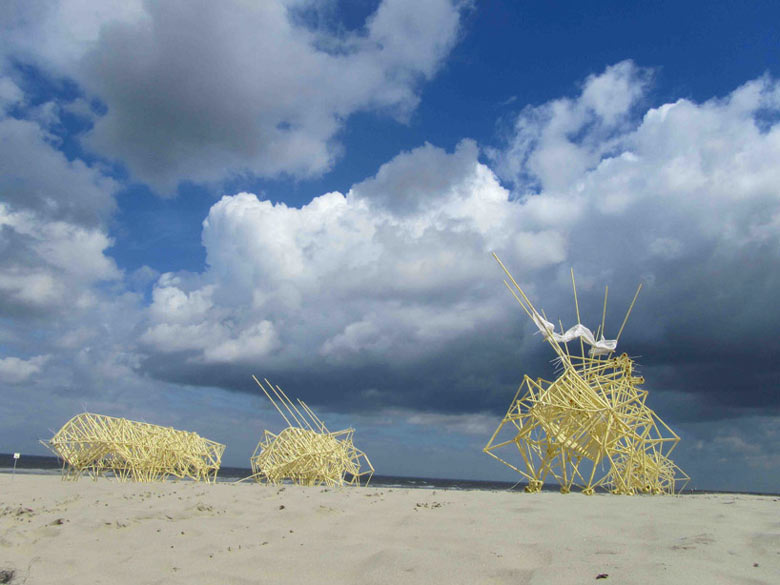 Strandbeest is made of plastic yellow tubes and it closely resembles a skeleton that moves with the help of the wind. In the absence of wind, Jansen’s installation is able to accumulate air pressure and use it as propellant. Generations of Strandbeests have been slowly roaming the Dutch coastline, powered by wind and armed with primitive logic which makes them move in reverse once they sense perilous water or loose sand.

One particular „specie” of Strandbeests is even capable of mooring itself to the ground once it senses an imminent storm. Because of his progressive and inventive approach to art, Jansen has been called “a modern day da Vinci”. watch video below 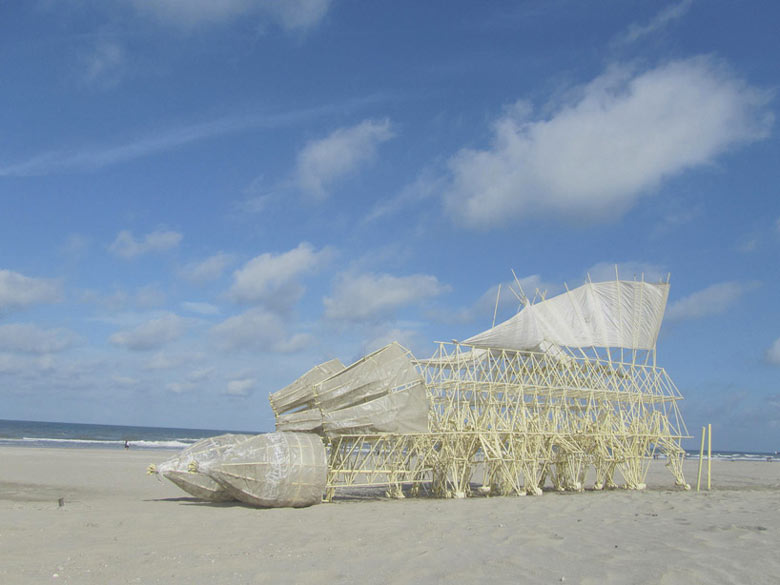 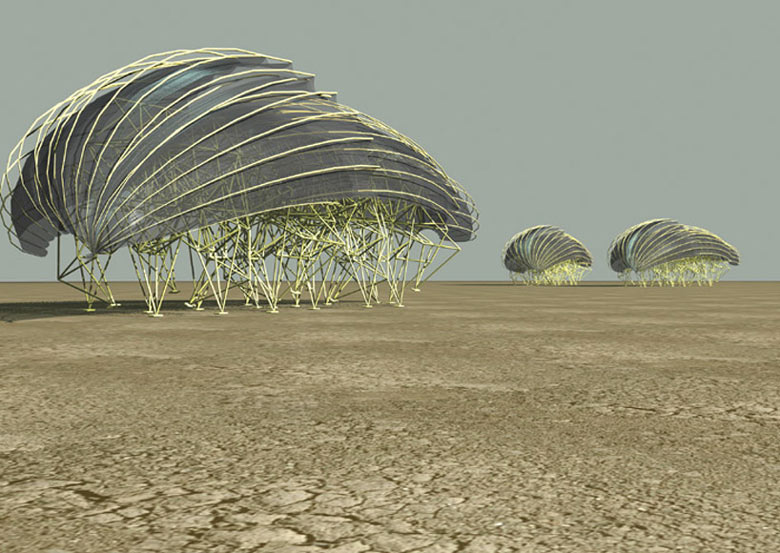 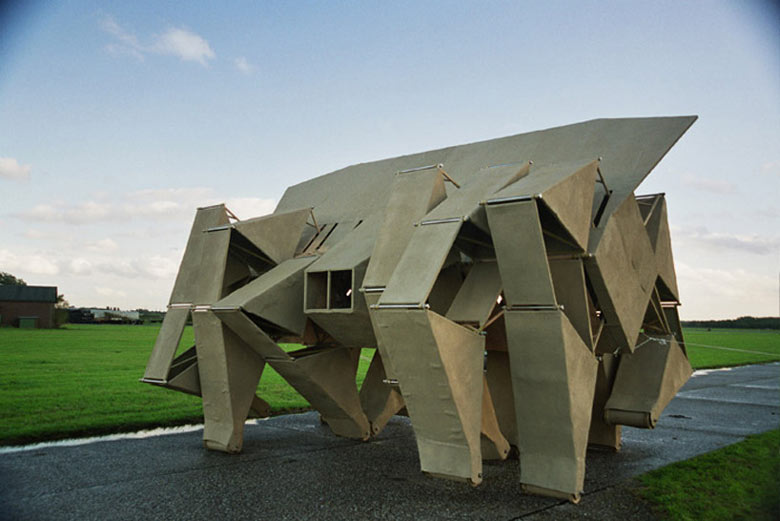 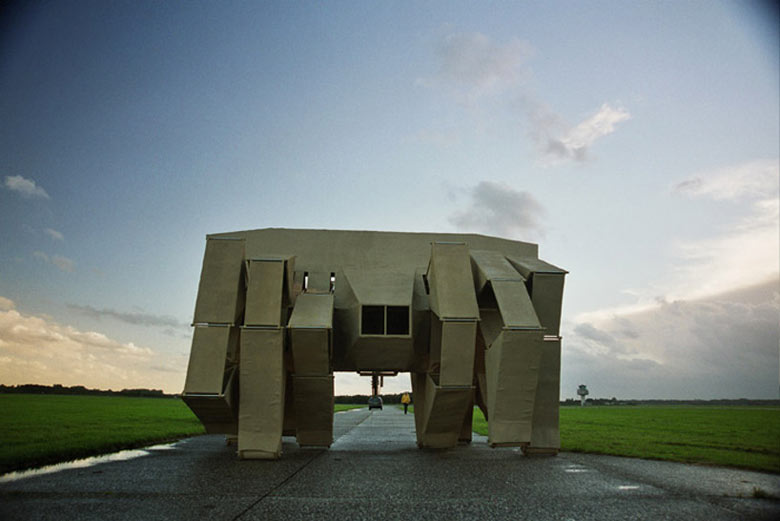 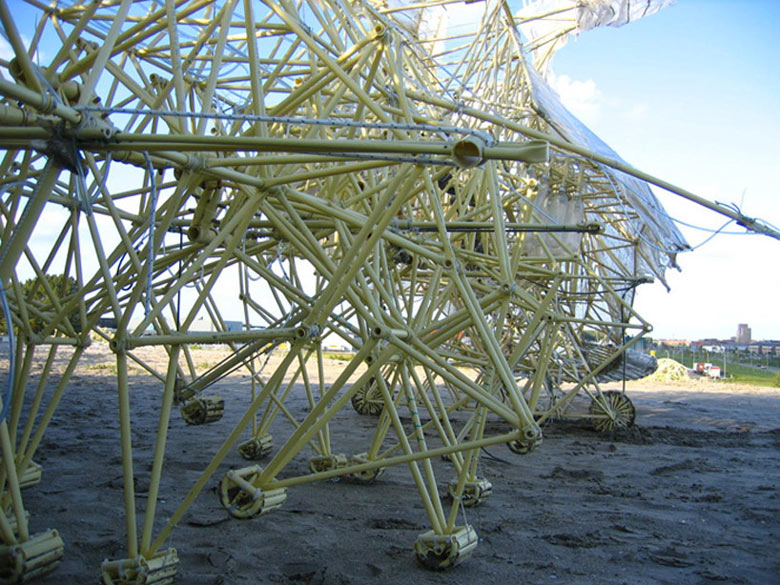 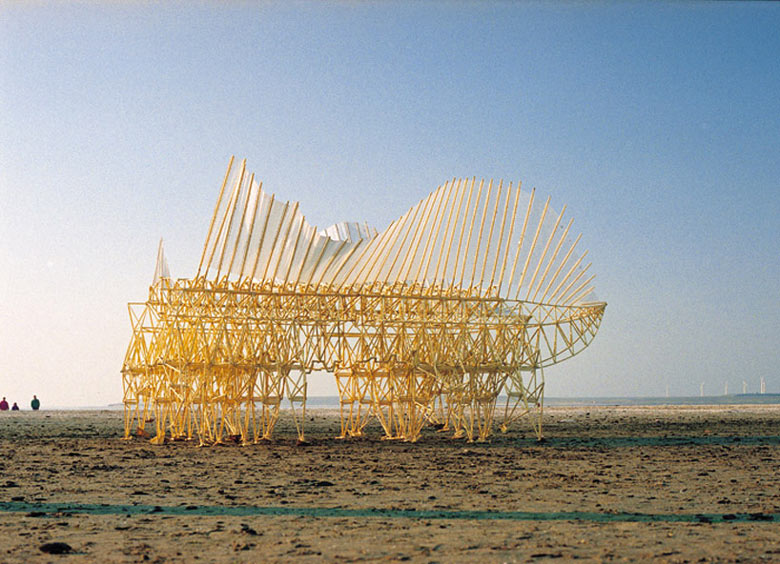 Video below is a compilation of Strandbeest footages.

In the video below, Theo Jansen explains how the Strandbeest works