Yes, we have all been waiting long enough! With the invention, enhancement and expansion of the droning world, it was only a matter of time that some great people would think to combine drones with Star Wars! The great minds that came up with this idea was toy maker Propel and they are introducing their Star Wars Battle Quads!

If you ever wanted to fly in a machine from the Star Wars world, and we’re sure that you did, you can finally get your chance with these Battle Quads. 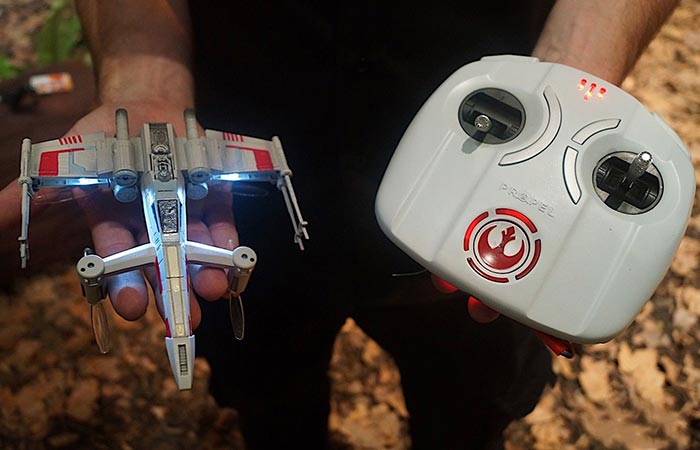 Each of the drones are hand painted to a model finish and feature a reverse propulsion technology for ultra-realistic flight.

With your choice between the Millennium Falcon, the T-65 X-Wing Starfighter, the Tie Advanced X1 and the 74-Z Speeder Bike, you are bound to be captured for hours of fun by yourself or with your friends. All of these models are extremely detailed and hand painted to a model finish and comes with its own certificate and collectable display box. Check out the Star Wars Battle Quads Celebration video below. 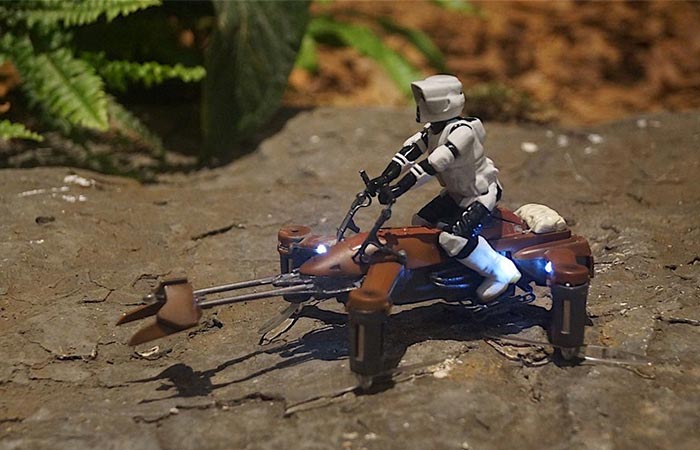 Be it a Speeder Bike, Tie Fighter, Millennium Falcon or the X-Wing, you can get your favorite and these little machines go from 0-30 miles in 3 seconds and have top speeds of over 35 mph.

However, that’s not all, since these little machines are built for high performance and by that we mean that they can reach speeds of 0 – 30 mph in 3 seconds and they can travel at top speeds of over 35 miles per hour. To make the entire flight experience ultra-realistic, these battle quads feature a new patent pending reverse propulsion system with invisible blades that really do make these drones seem as if they are flying with fission engines. To make things even better, each of these drones are equipped with lasers so that you can play mid-air laser battles with up to 24 of your friends. 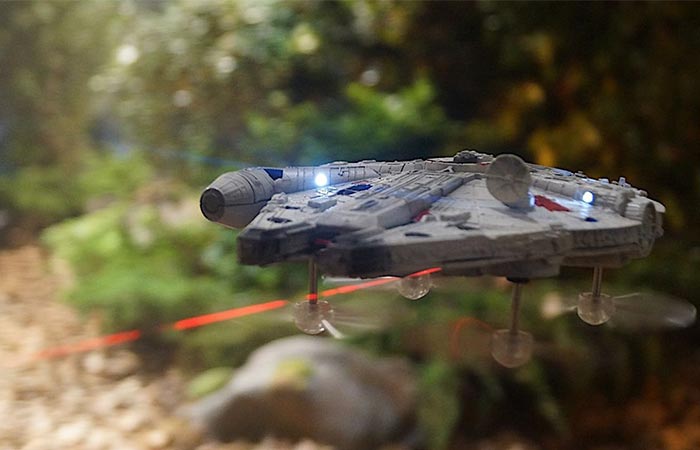 The Built-in lasers allow you to have mid-air laser battles with up to 24 of your friends.

The Star Wars Battle Quads are due for release in winter this year.