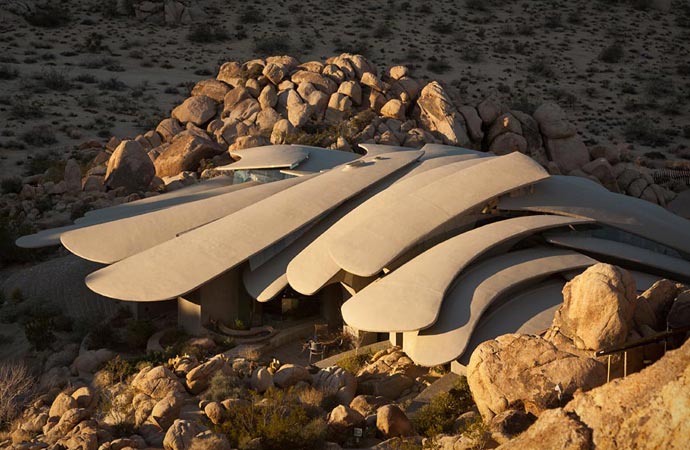 The Staggering Residence in Joshua Tree, California must be one of the most unusual, inventive, and ethereal examples of contemporary architecture in the world.  Originally designed by architect Kendrick Bangs Kellogg in 1988, the residence was completed in 1993 with interior designer John Vugrin executing numerous alterations for years after that. The result is a stunningly beautiful, unconventional, awe-inspiring house that perfectly blends in with the coarse rocky landscape of Joshua Tree.

The residence (also known as the Desert House) is a remarkable  amalgamation of concrete, glass, steel and cooper, carefully selected from the desert. Its outside ruggedness and shell-like exterior is perfectly contrasted by a warm and appealing interior. The architect and the interior designer played with both masculine and feminine silhouettes which are the trademarks of organic architecture. The interior is  plasmic with flowing organic shapes, characterized by constant sifts of materials, light, angles and surfaces. 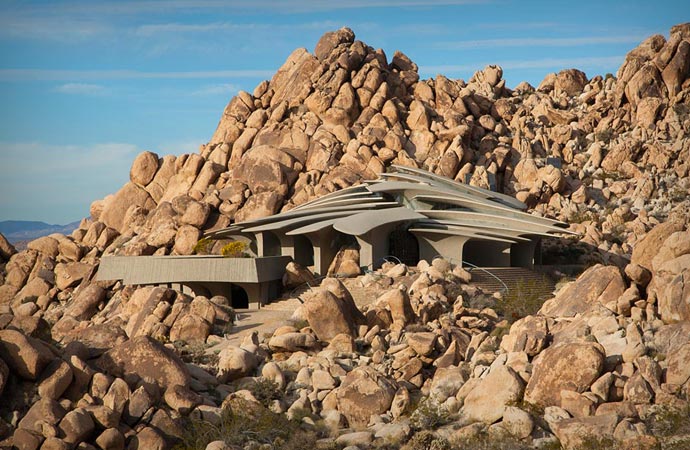 The house is an immaculate example of a bold design which has been perfectly executed. It is the architectural gems like these that put Kendrick Bangs Kellogg in the league with the likes of Frank Lloyd Wright and Bart Prince.

The Staggering Residence sits on a lot that spans ten acres and it has three bedrooms and three and a half bathrooms. It covers 4,636 square feet and is currently on the market for $3 million. [via] watch video below 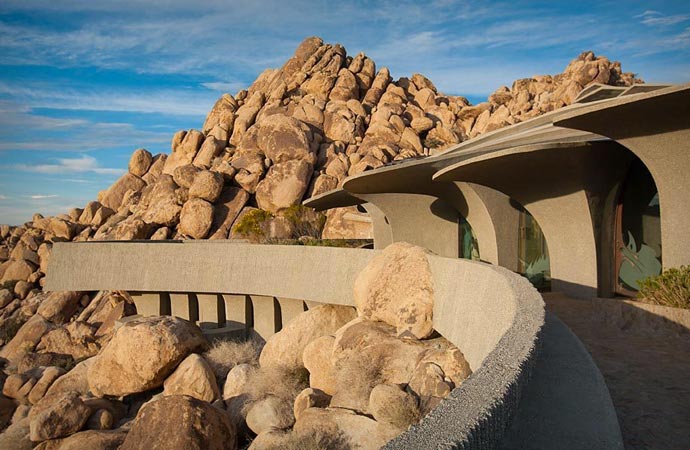 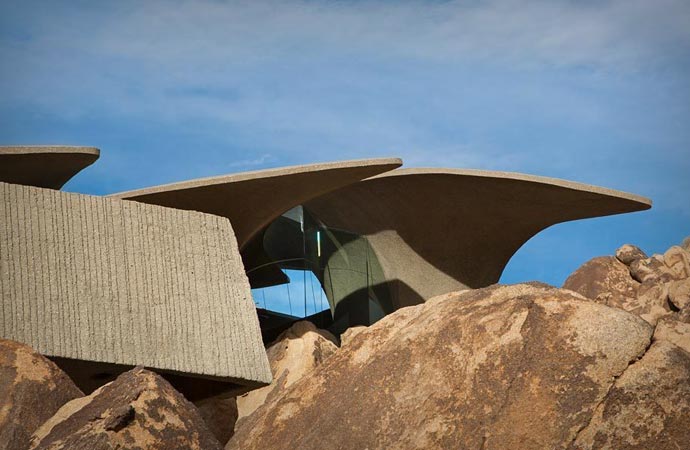 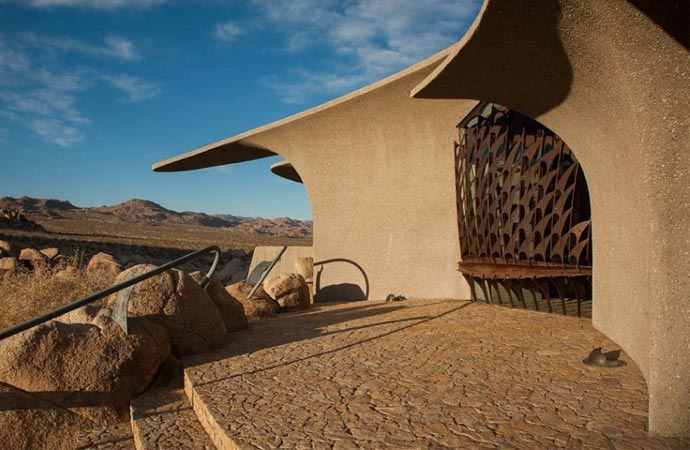 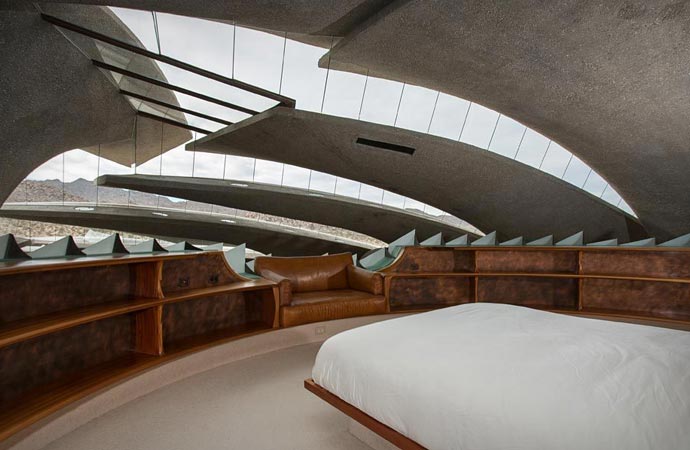 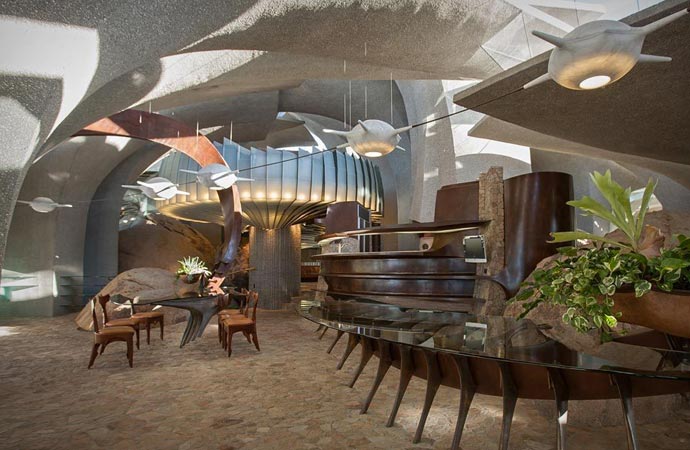 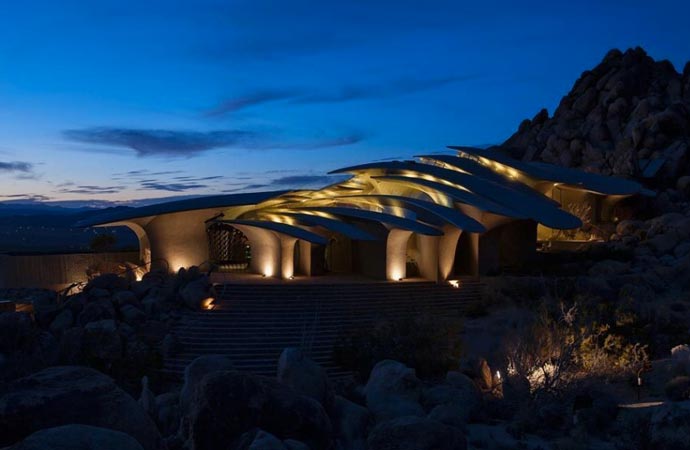 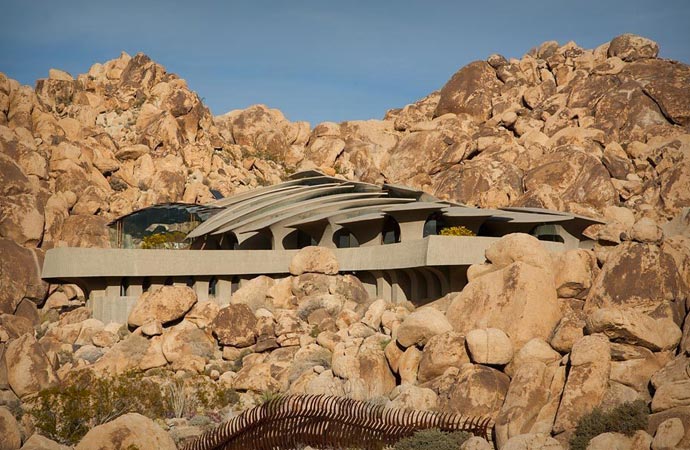