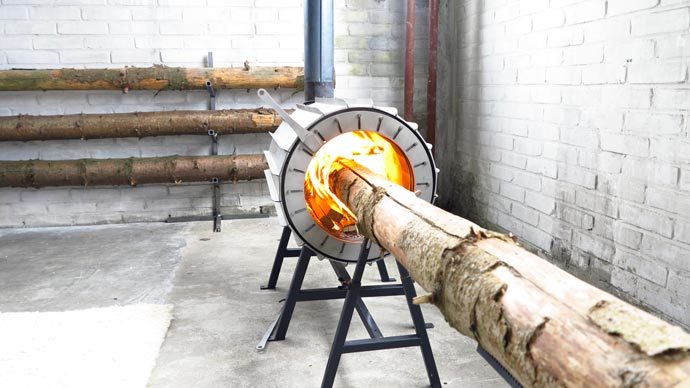 Wood burning stoves are making a definitely making a comeback with more and more people deciding to go rural. However, there is one stove that is very different. Dutch design duo Roel de Boer and Michiel Martens invented a stove that burns, believe it or not, whole trees and they called it the Spruce Stove.

With the spruce stove there is no need to chop wood into small logs since you feed a full size tree trunk into it. The stove resembles an oil drum or a pencil sharpener, which rests on an adjustable, portable stand, with a jagged opening in which you slowly push a tree trunk until it burns away. Before you feed the wood into the stove, you need to, of course, prune all of its branches. 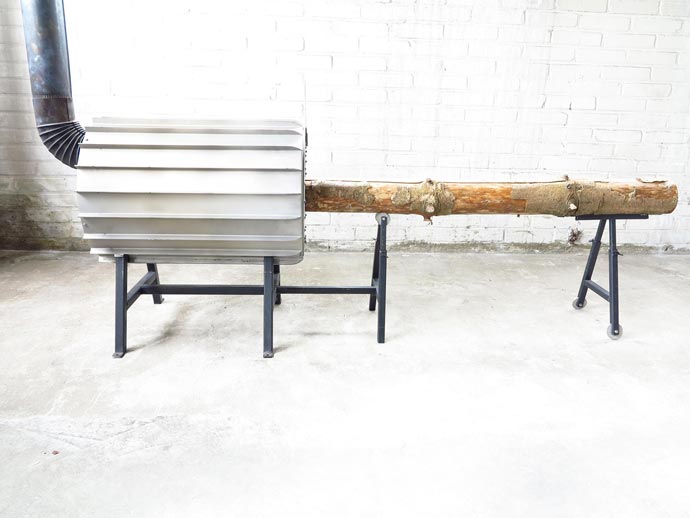 The great thing about the spruce stove is that it adjusts to the thickness of the tree trunk and longer the trunk, longer the stove burns. The inside of the stove is covered with concrete bricks which absorb and emit heat. Outside, it is equipped with steel fins which serve to bolster the stove’s outside heat-emitting area. 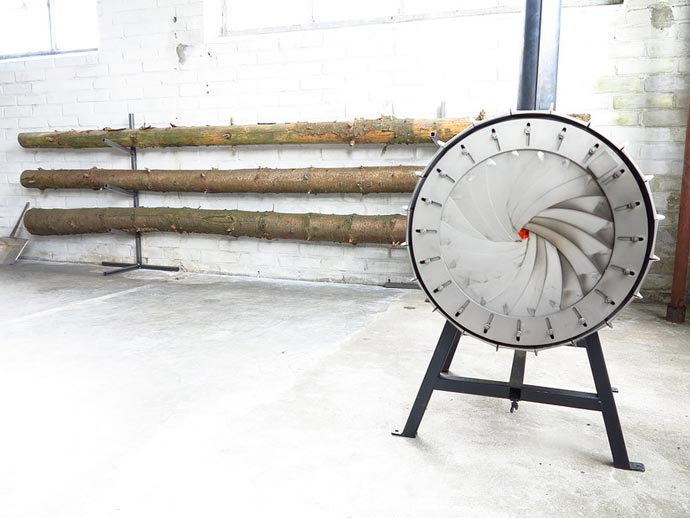 As with any stove, one might wonder about its safety. The designers assure us that the spruce stove is as safe as any other wood-burning stove on the market. “What many people think is that the fire will pop out of the stove, but it doesn’t,” one of the designers Michiel Martens says and adds “The draft of the fire sucks the flames inwards.” They also say that they have made the stove for people who are little adventurous and playful. Martens and de Boer are gearing to start a limited production of 10 units soon.
[via] 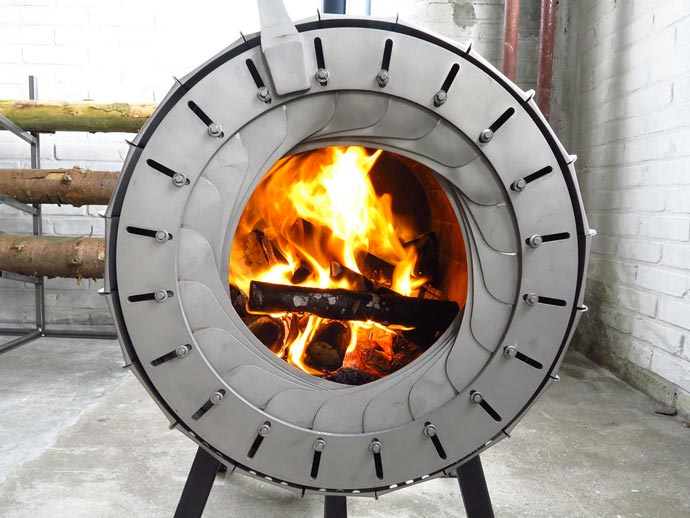 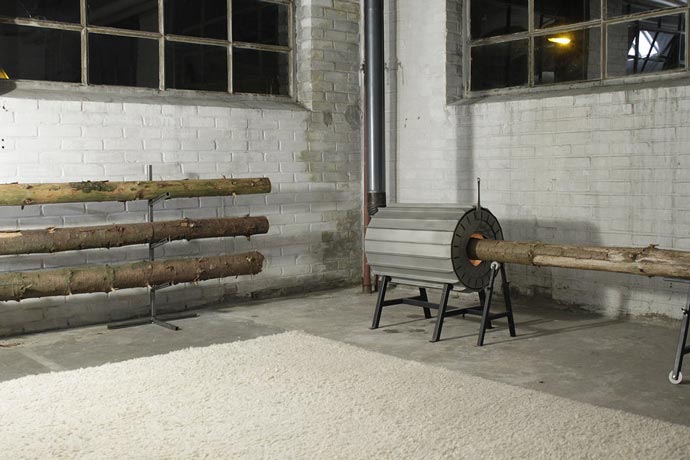