The use of drones for capturing awe inspiring footage is something that became very popular and widespread. We have seen many noteworthy models over the years but the Sprite Portable and Rugged Drone is unlike all of them. Most drones are pretty fragile, you need to pay attention where you use it and landing it without causing damage can be tricky. This is not an issue with the Sprite. Its tubular design, and the materials used in its making, provide a high level of durability. It can even float so you don’t have to worry about your drone breaking down when splashed with water. As for the landing, Sprite folds its blades when it reaches a safe altitude, puts a break on the rotors and it just flops to the ground without a scratch. 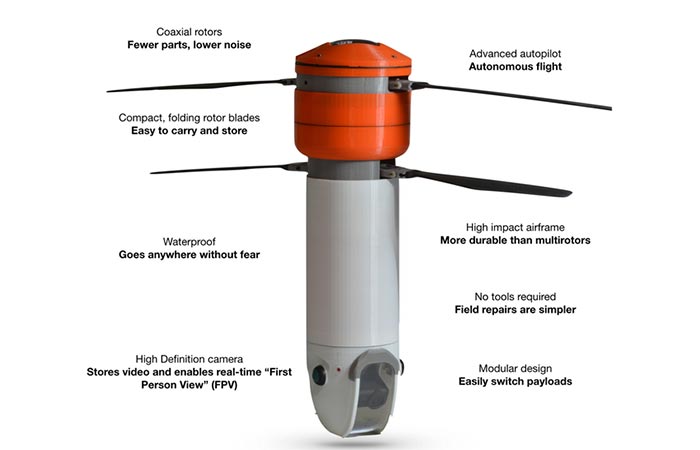 The Sprite is equipped with many outstanding features, one of the best being its modular design

This tubular design also makes it very easy to carry around or just store in your backpack. Because the blades are retractable, they won’t get caught up with whatever you have in your backpack already. Having this level of durability and portability is awesome, but these features are nothing compared to the rest of its capabilities. Sprite can be piloted by using a conventional flight controller or Android mobile devices. Along with this standard feature, Sprite is equipped with a powerful autopilot option. By using open source flight control software such as: Tower, DroidPlanner and MissionPlanner (available for Android devices and PC), you can plan flights by simply drawing paths or placing waypoints on the map. You can also mark objects or points of interests which you want to focus in your footage. 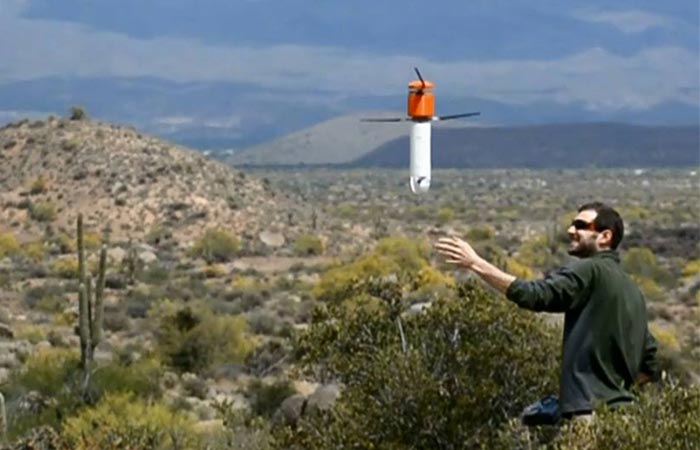 Both take-off and landing are a breeze with the Sprite, thanks to its durability and ease of use

As you can do all of this before taking Sprite out on a flight, its simple push-button interface will allow it to perform autonomous operations. Once Sprite starts its flight, it can start its pre-loaded autonomous mission, follow you around or switch into any other flight mode. These options are great, but what sets a good drone from a bad one is the footage quality. Sprite can shoot a 1080P high-definition video and has a 2-axis stabilized gimbal. This is very good and it even gets better. Sprite has a modular design, which means that you can change its accessories and use optional components. Most of the additional components are currently work in progress and will be available after Sprite starts shipping out, like the close-proximity obstacle-avoidance technology and a high-intensity LED light band for visibility. The creators were also working on a GoPro compatible 2-axis stabilized gimbal which became a part of Sprite’s standard package. 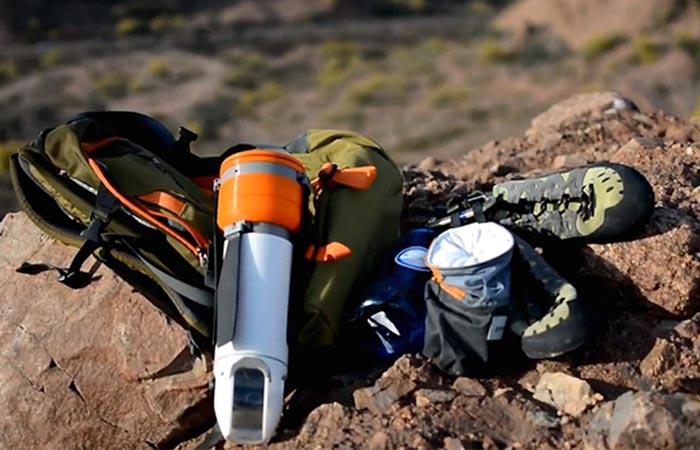 Sprite is currently being crowdfunded on Kickstarter and, much to our joy, it has reached its goal. The basic package includes just the Sprite and not the remote controller (you can just use Android software for direct control) and it costs $799.00 to pre-order. Taking into account that most drones are way more expensive that the Sprite and that none of them offer the excellent modular design of the Sprite, you could be looking at your new drone. watch video below 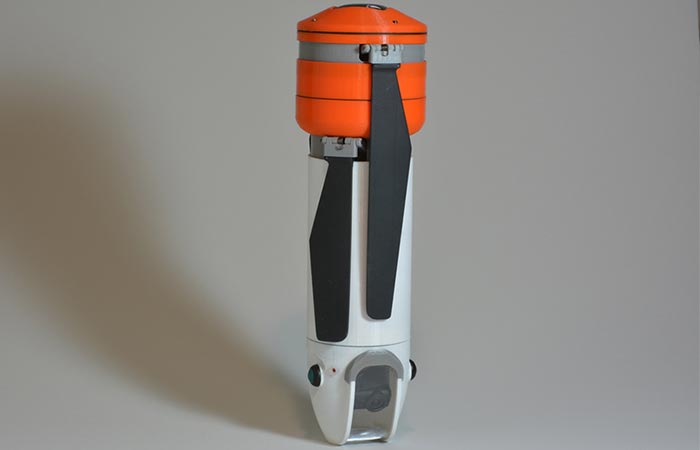 Because the blades of the Sprite are retractable, it is easy to carry around

Check out a short video presentation about the Sprite.