Skulls remind us of mortality and they’re a frequent motif in “Memento mori” art which is Latin for “Remember that you can die”. It’s used not only in art but in literature as well. Australian company Jack Of The Dust used that inspiration to create Spring Bonsai Mountain Skull.

This art piece was designed by artist Andrew Firth and it gives the skull an organic twist. Sculptures are hand made and completely artificial. They’re made from PVC plastic and molded from a real human skull. Because the details are very important in trying to make a skull that looks like the real one, each sculpture has 9 pieces that were put together. All around the skull you can see bonsai trees and moss. Some even have a small graveyard on the top of it. 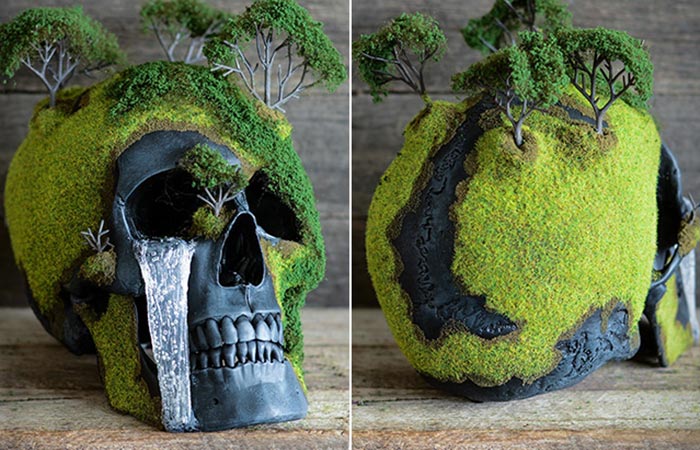 The skulls are made from black PVC plastic.

The name of the company, Jack Of The Dust, is a term that was used in the US Navy for the ship’s steward. The artist was a boat builder for 12 years, so that explains the name. “I absolutely loved maritime terminology so that’s where I found the name Jack Of The Dust. I’ve been doing the skulls now for 3 years with absolutely no training. I actually didn’t like all the skulls that were out there, they looked tacky. And I wasn’t really into art. But what I do love doing is creating!” said Andrew Firth for Bored Panda. 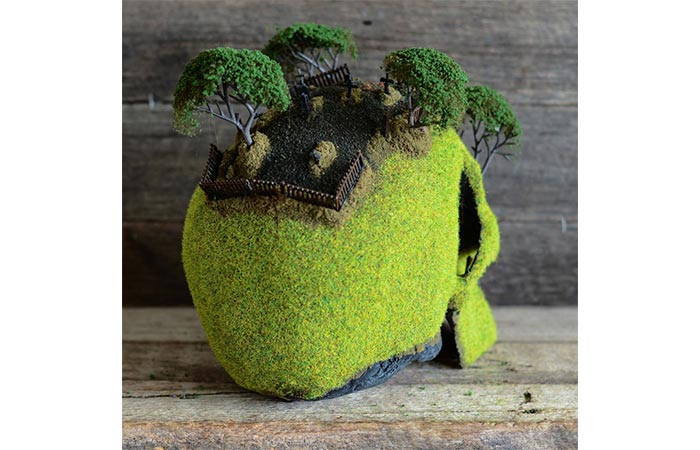 Each skull has 9 pieces that were put together, so that it looks like the real one.