Among the very large number of commercial drones we have had the chance to check out, there is nothing quite like the one Sony intends to release next year. Sony’s Vertical Landing and Takeoff drone would be their very first drone aimed for the commercial market and, according to the images and video (which you can check out below), it will be pretty unique. The shape of this drone isn’t that similar to what you’re probably used to as Sony moved away from the almost standard quadcopter appearance and decided to utilize one which reminds of standard aircrafts. The reason behind this type of build lies in the fact that Sony is keeping in mind more functions than just using it for cool aerial footage. 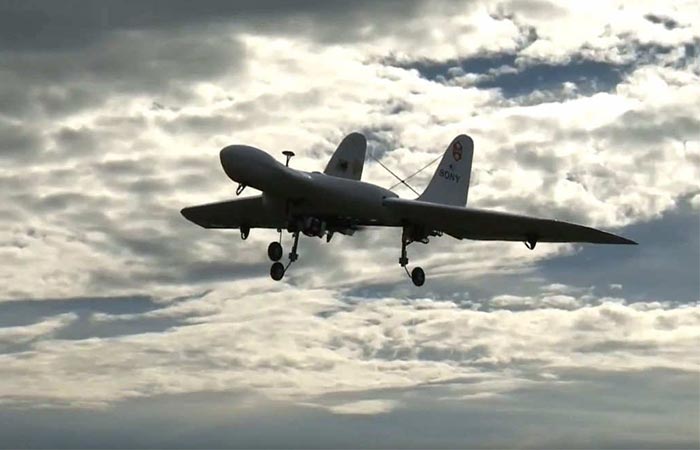 Just like a harrier jet, this drone can take off and land from its initial position

First of all, we should discuss VTOL’s takeoff and landing capabilities. If you know what a harrier jet is capable of, then this should give you a good idea of how its landing and takeoff operates. Despite its aircraft shape and the addition of delta wings, this drone still uses huge rotating propellers located in its core. These propellers are powerful enough to allow smooth takeoff from its initial position, without needing to use a runway. 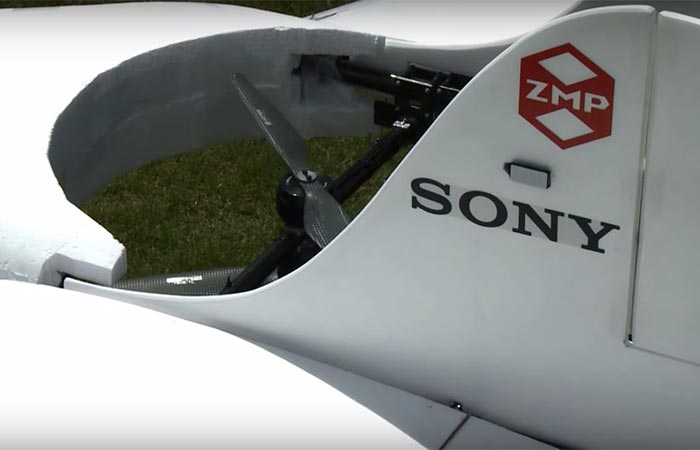 As for its use, Sony has much more complicated tasks set for the VTOL drone. Some of the tasks it should be capable of are “measuring, surveying, observing and inspecting”. Of course, there is no reason whatsoever for you to forget about creating great aerial footage. If Sony is working on a cool new drone, it’s safe to say that they will probably launch a bunch of accompanying gear for whatever you may want to use it for. 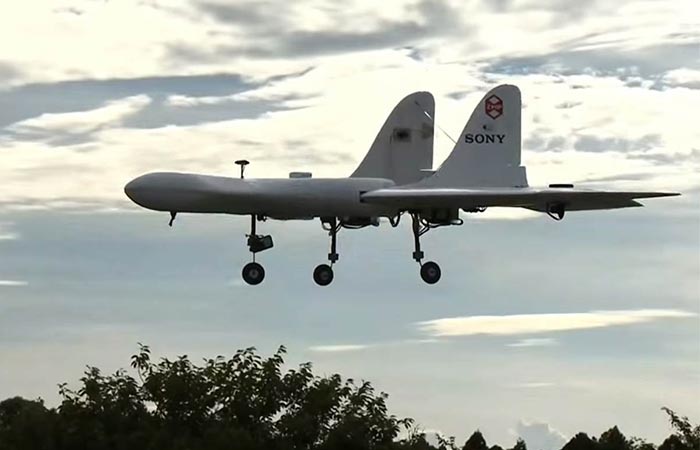 Between the shape and its landing and takeoff capabilities, we are really excited to see what the VTOL drone will be capable of once it hits the commercial market. Currently, there’s only so much info shared about this project but we are happy to share with you everything that is available and continue to follow this amazing project. [via]

Check out a video of VTOL’s takeoff and landing below.