Making roads solar-enabled is not a new idea. However, the project is pretty huge and it faces many practical difficulties, so proper implementation of the idea has lacked so far. This all might change with the Solar Roadway project, which is the object of a large crowdfunding campaign on Indiegogo. Setting a somewhat megalomaniacal goal of $1,000,000 might have seemed impossible to reach, but they have surpassed it easily. So what is all this about?

They have managed to create real and completely functional Solar Roadway which has so many perks that it is a complete wonder this hasn’t been done before. For the start, the solar panels used for this are strong enough to withstand walking, parking and driving weights of 250,000 lbs of people and their vehicles and cut greenhouse gasses by estimated 75%. But that’s not all.

They can be installed on roads, sidewalks, driveways, playgrounds and bike paths. Each of the applications carries some perks of its own. For example, the solar panels installed on roads can include LEDs that will make road lines and road signs which will be perfectly visible during day and night. In addition, the built in heating will make roads completely safe even when the surrounding area is packed with snow or even ice. 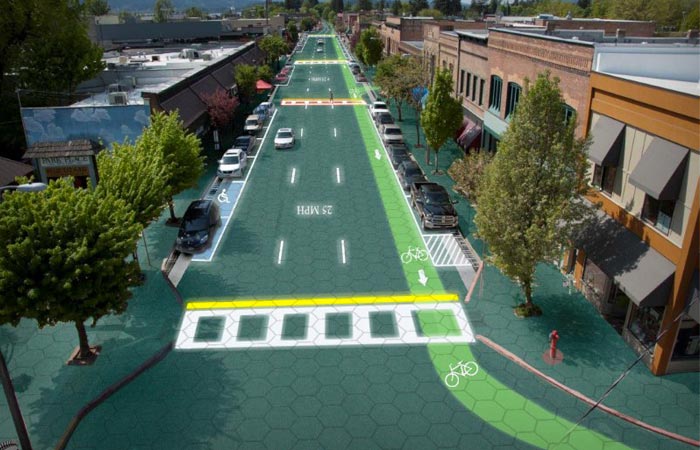 However, gathering energy is the Solar Roadway’s main perk. They will literally pay for themselves this way, powering homes and business facilities. Actually, it is estimated that building the system on a national scale would produce more energy than the country needs.

This would probably trigger other environmentally clean infrastructure products and perpetuate the production of electric vehicles which could be charged even while driving on a Solar Roadway. How cool is that – charging your car while driving it.

How serious the whole thing is takes you can see from the fact that the U.S. Federal Highway Administration has already provided some funding. [via] watch videos below 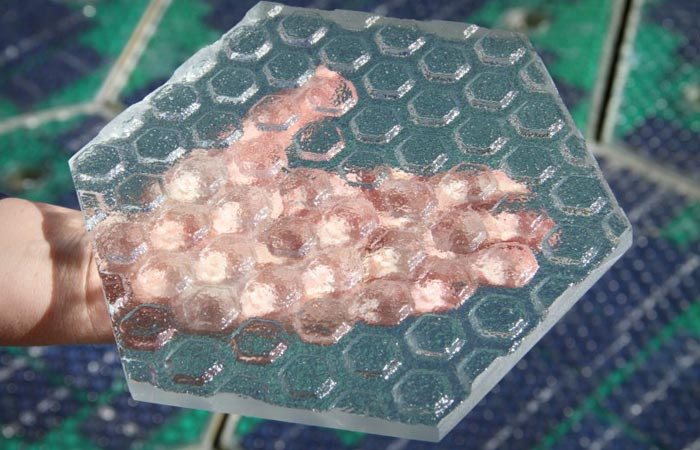 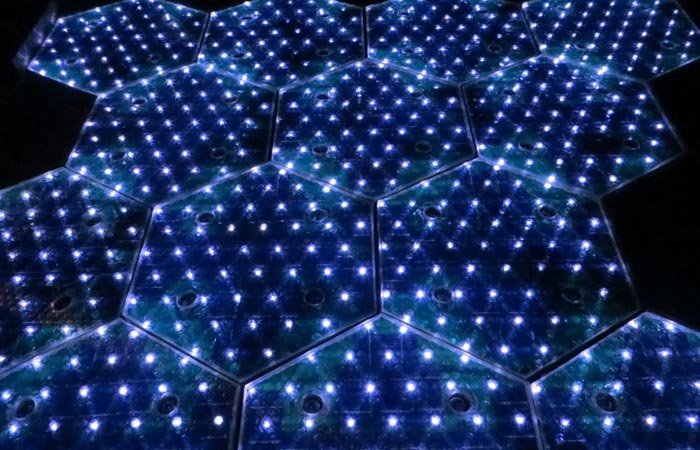 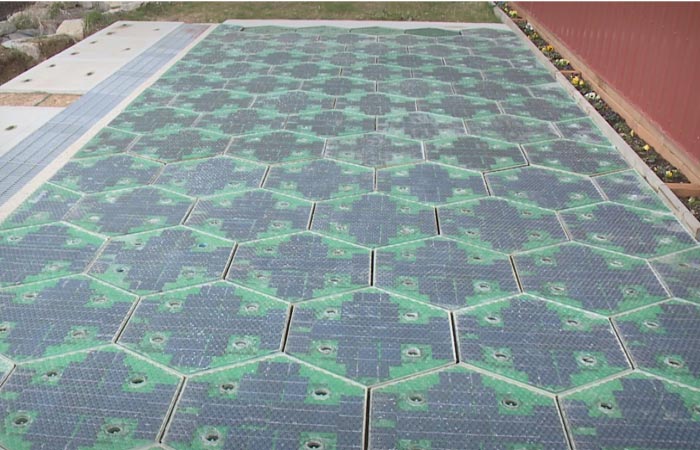 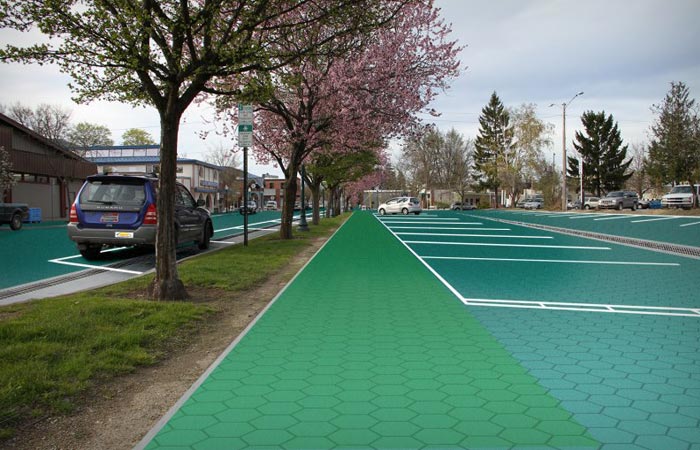 For a more humorous video about solar roadways, watch the video below