Dutch designers are known for their avant-garde think-out-of-the-box style even when designing products for everyday use. However, in the case of Smokestack Outdoor Firepit, the opposite is true. There is not even a hint of avant-garde with this fire pit, but rather it feels and looks more like the blast from the past. Smokestack Outdoor Fire Pit is the brainchild of Frederik Roijé whose inspiration for this original-looking wood-burning fire pit came from the industrial chimneys he would spot in The Netherlands during his youth.

Smokestack Outdoor Fire Pit is made to become the focal point of your garden since this fireplace heater stands at impressive 6.5 feet tall and is 2 feet wide. Despite its imposing dimensions, Smokestack has a very lightweight shell which is made from Corten steel, a metal which was invented in the 1930s in the U.S. It is coated in a protective oxide layer which, over the course of time and under the influence of the elements, turns a beautiful copper colour.

Frederik Roijé is a rather prolific and highly distinguished designer in other design segments too and, among other things, is the designer of a quirky side table used for displaying one’s treasures called Treasure Table, an architectural hen house Breed Retreat and single arm candle holders aptly named Wall of Flame. 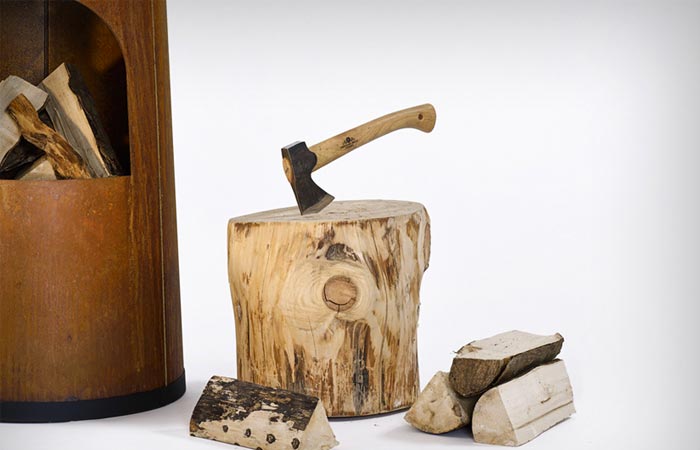