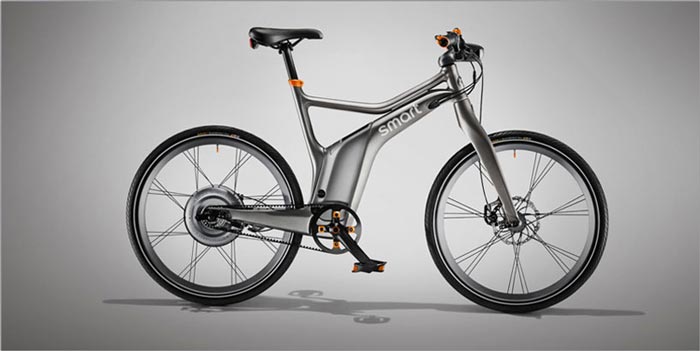 Even though Smart is a leader in sustainable transportation market already, this company did not stop surprising. In 2012 they designed the Smart ebike. Thanks to its design, this, to say the least, interesting vehicle won the prestigious Red Dot award and participated for the prize in the German’s most prestigious design competition.

What’s so interesting about this ebike that it keeps winning awards? That would probably be its looks, which is much better than that of most others’ on the market.

The bike was originally made in crystal white color with green details, but it has been planned to be made available to purchase in matte dark grey color with flame orange elements. 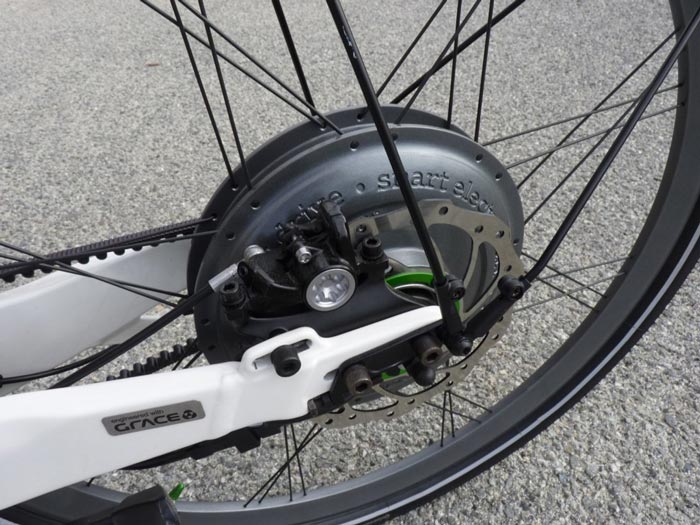 Riding this bike, it’s not very likely that you’ll get a flat, because the tires are Continental EcoContact Plus, which, according to the manufacturer’s words, are hardened.

The lithium-ion battery is set behind the grey panel of the frame, and it can handle riding up to 100 kilometers without recharging. The engine is in the back tire and when you brake, the power supply to the engine is interrupted, and the polarity is reversed, so it becomes a generator and the energy from braking is converted into electrical energy that gets stored in the battery. 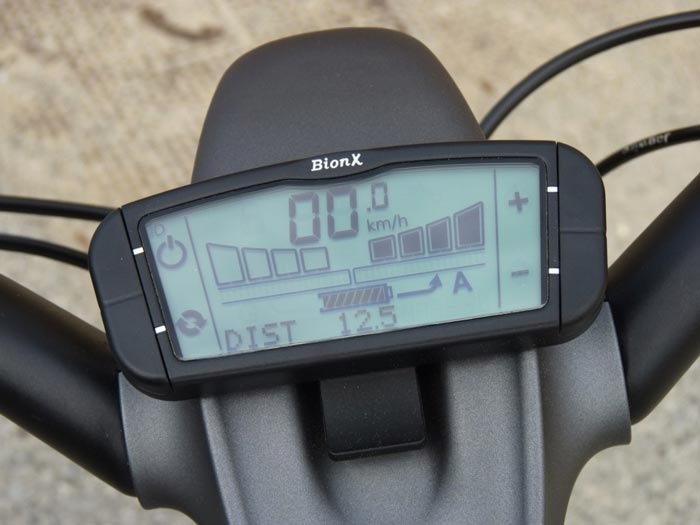 The Smart ebike uses the MT4 disc Magura brakes, which are set on the front and the rear wheels, and an integrated system, which allows the rider to control the pedaling, as well as a slot for the iPhone on the dash, for which Smart developed its own app.

Keeping in mind the design and features of the Smart ebike, the designers are often confused about whether it should be a motorcycle or a bike. It is way too heavy to be considered a bicycle, but still not as efficient as a proper motorcycle. However, it is a step in the right direction and is sure that such vehicles will play a bigger role in the market as the technology improves. [via] watch video below 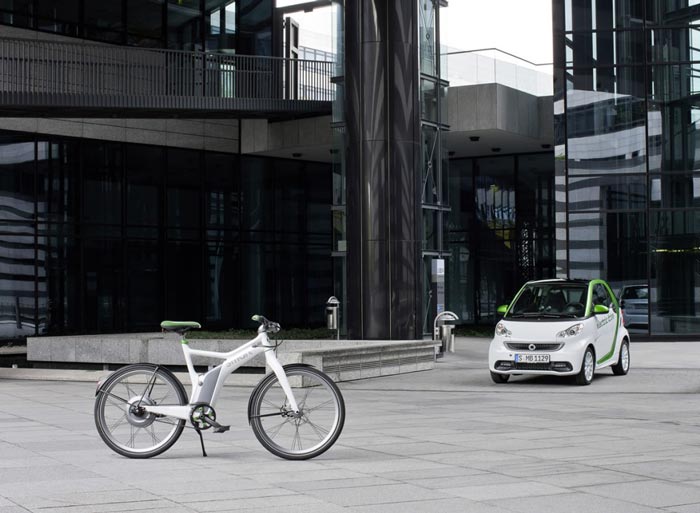 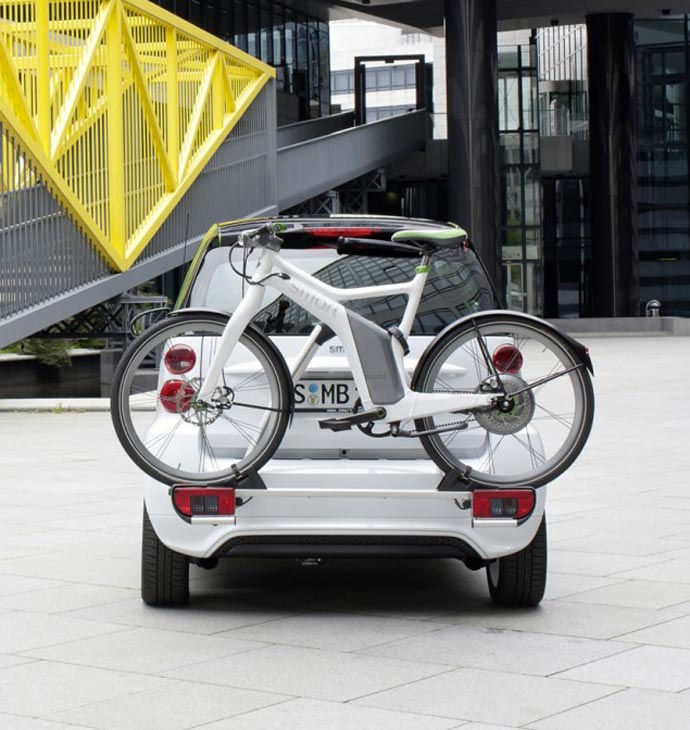 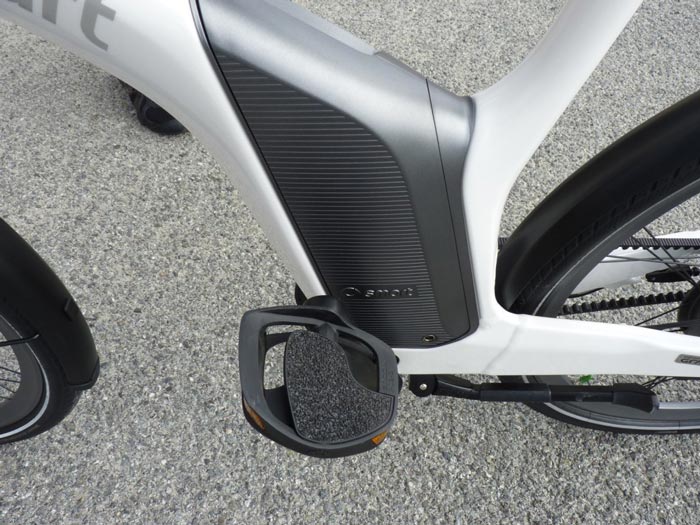 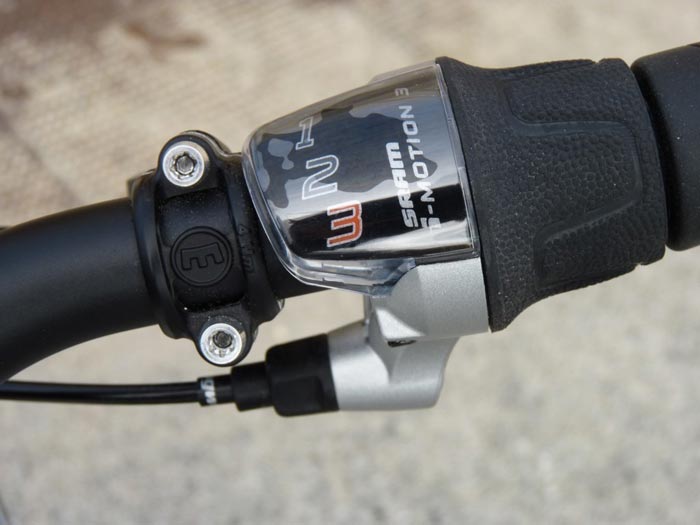 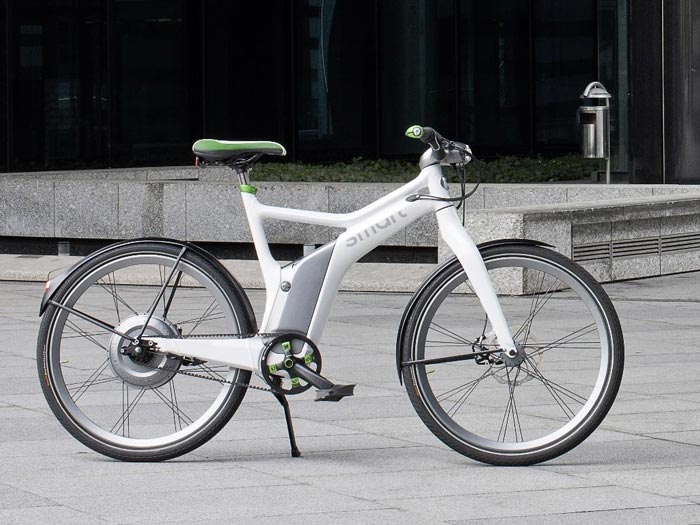