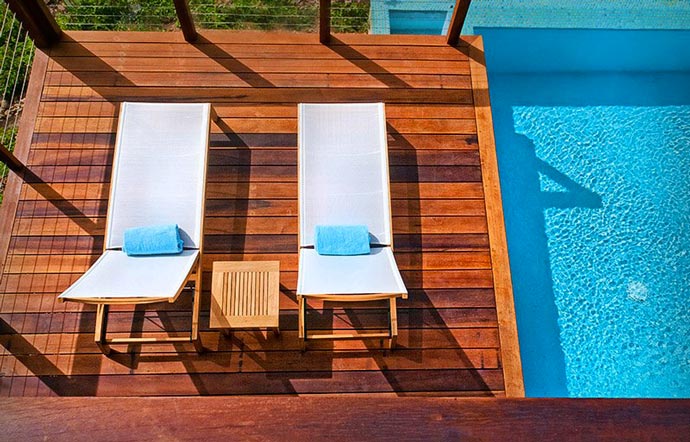 The Island of Dominica is one of the best kept secrets in the West Indies, and a true tourist gem. If you are craving peace and quiet, intimate surroundings and tropical paradise, there is one place to go in Dominica and that is Secret Bay Resort, which has been named the No. 1 Small Hotel in the Caribbean by TripAdvisor.

They say that the resort “marks the beginning of a solitary refuge between the in and outside worlds, where the jungle meets the sea”. Secret Bay is located on a cliff top overlooking the Caribbean Sea, and surrounded by breathtaking natural assets – two sandy beaches (Secret Beach is accessible only by boat), the Cario River, and a marvelous sea cave. This is a rather small eco-resort, ideal for honeymooners, family reunions, and adventurists.

The Secret Bay Resort has two luxury villas (the Zabuco Honeymoon Villa and the Zing-Zing Villa), and several two-floor bungalows.

Standing on Zabuco’s huge veranda will give you a feeling of floating on air because the villa was constructed without cutting down any trees, while its 180-degree-view of the Caribbean Sea and the mountains will leave you in awe. Every corner of the Zabuco Villa exudes luxury – from the floors and interior made from Guyanese Greenhart to the furniture made from high quality Dominican Red Cedar. The villa has both indoor and outdoor living rooms, a king-size bed, a big en-suite bathroom, fully furnished kitchen, a private pool, sun loungers, a barbecue area, an outdoor shower and air conditioning. Considering all of this, it comes as no surprise that the Zabuco Villa has been voted the third sexiest room the world.

The resort itself has Internet connection both on the premises and in each room, a pool, a wonderful spa which provides rejuvenating treatments, and maid services. You can even ask for your own personal chef. If you feel like snorkeling, you can hop in a kayak and paddle to the cove. Or, if you are a fan of the movie Pirates of the Caribbean: Dead Man’s Chest, just ask the resort’s staff to organize a trip to the nearby Indian River where the movie was shot. watch video below 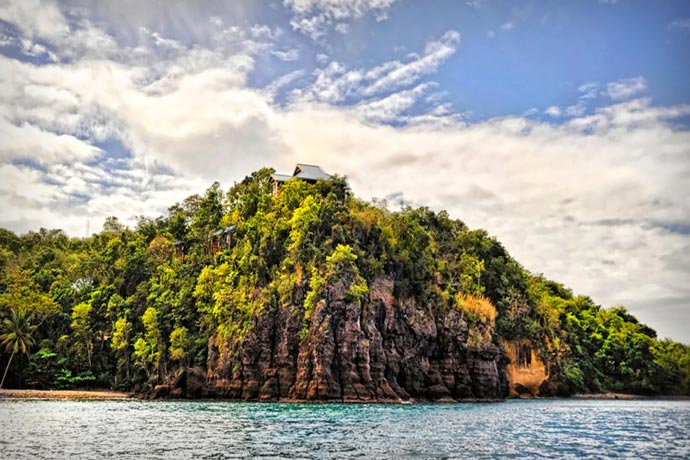 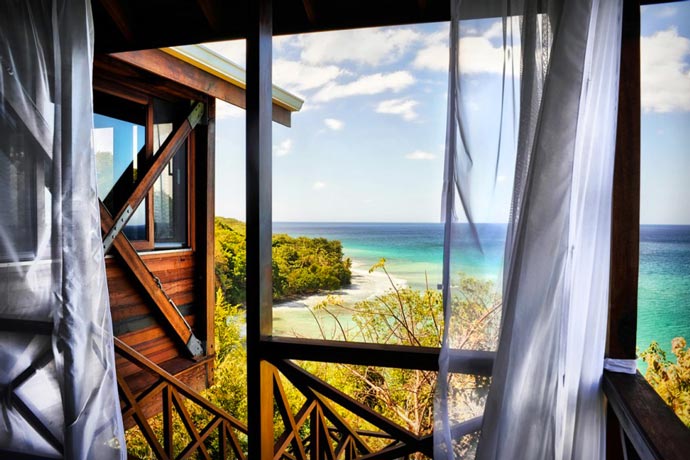 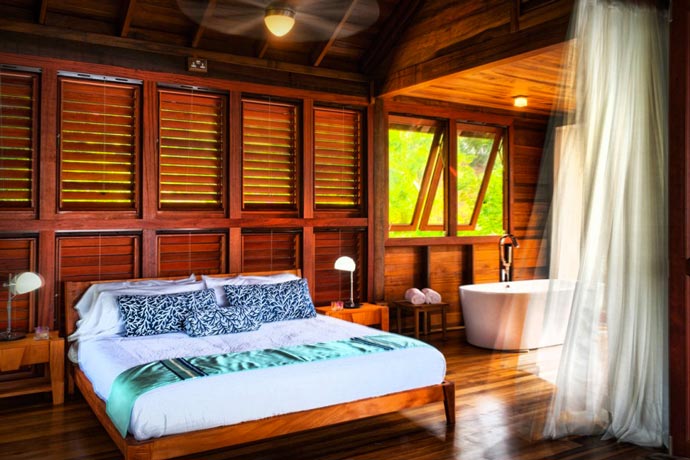 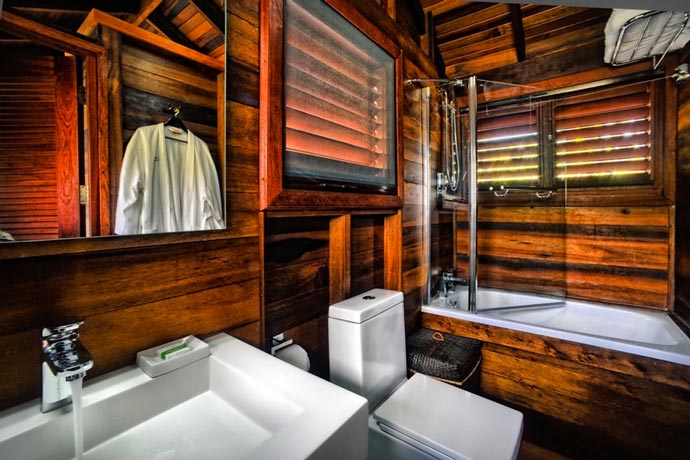 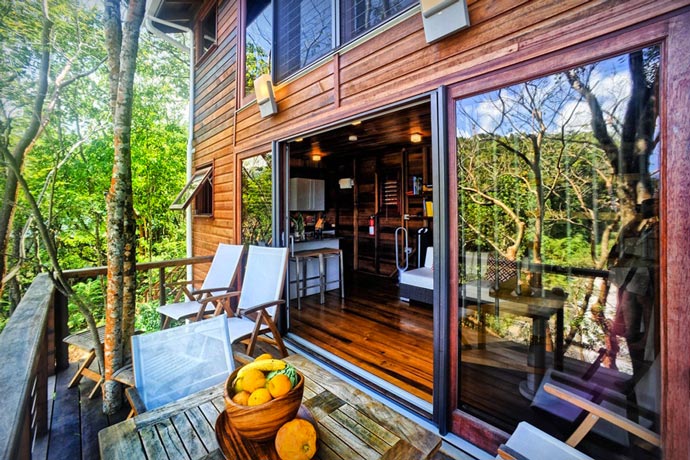 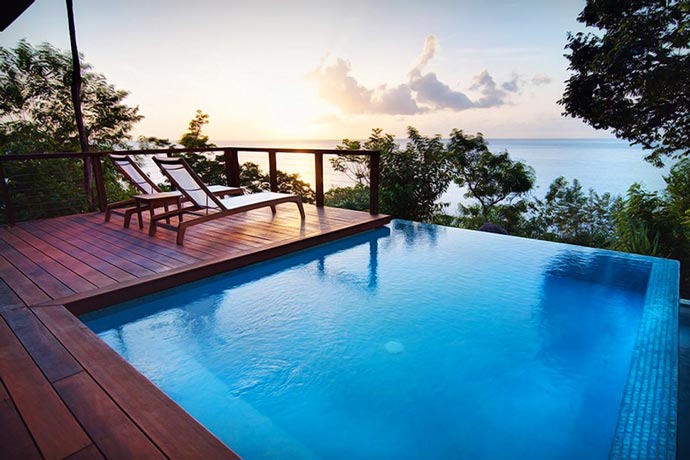 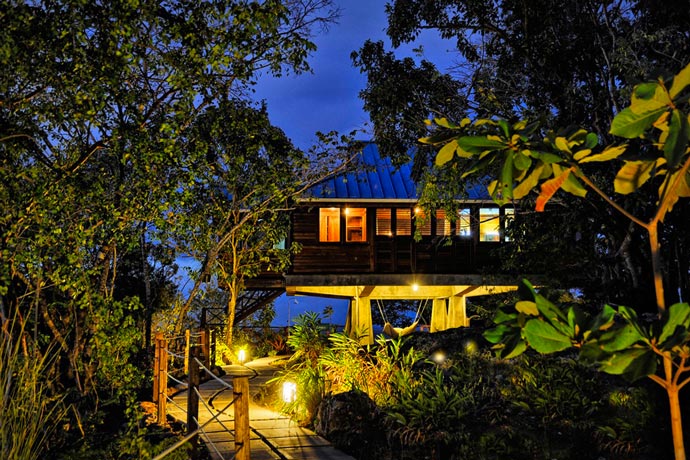 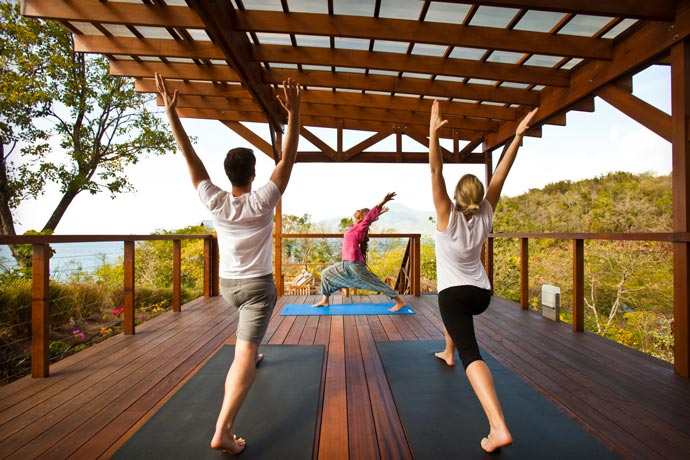 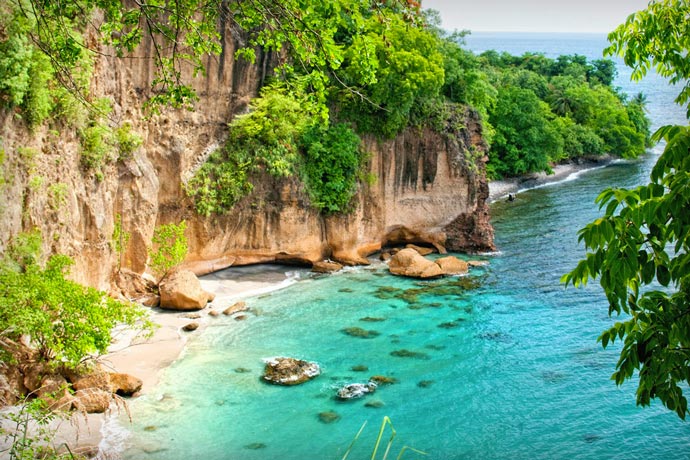 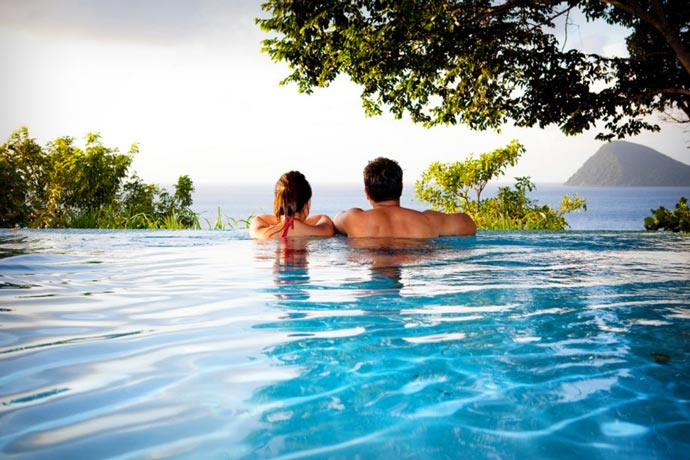