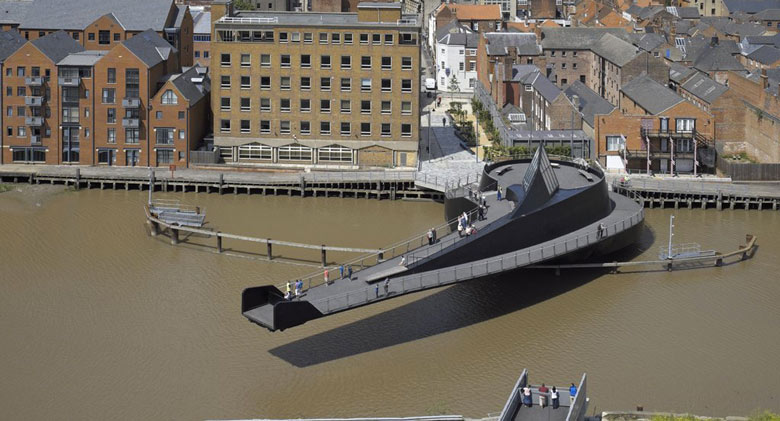 The Scale Lane Bridge or, as it is also known, the River Hull Footbridge in Kingston upon Hull, or simply just Hull, UK is not just a simple utilitarian connection between two sides of the Hull river. It is a product that spawned from the winning design by McDowell + Benedetti from an international competition held in 2005.

Now, Hull is not the most interesting place to visit in the UK – the Guardian called it “the city whose misfortune is to sit on a word ladder between dull and hell” – so it is no wonder that this astonishing bridge has quickly become a landmark and, as we have already said, not a simple connection, but a sight worth visiting and experiencing in its own right. 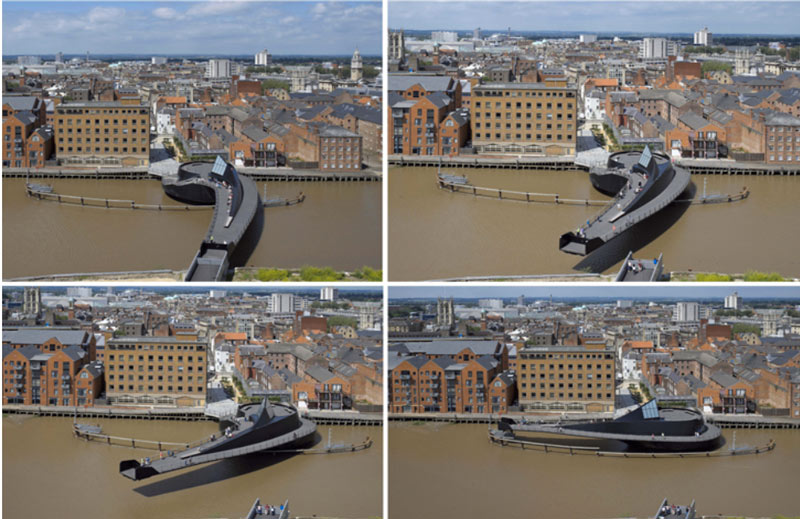 The Scale Lane Bridge is to be used exclusively by pedestrians and cyclists and it swings to a side in order to let the ships pass along the river, returning to its original position right after, thus providing the visitors on it an entertaining ride with the view of the river and riverside part of town.

Moving bridges are not a new thing, having in mind especially the drawbridges, bascule bridges and retractable ones, but this is the first one that allows the pedestrians to actually be on the bridge while it lets the boats pass – this being its most prominent feature.

The steel construction of the bridge features a seating area and an elevated viewing deck that clearly show that this bridge is intended to accommodate longer stays of the visitors.

There were many delays regarding the completion of this bridge, but after it was finally opened in June, 2013, the wait seemed to have been worth it. 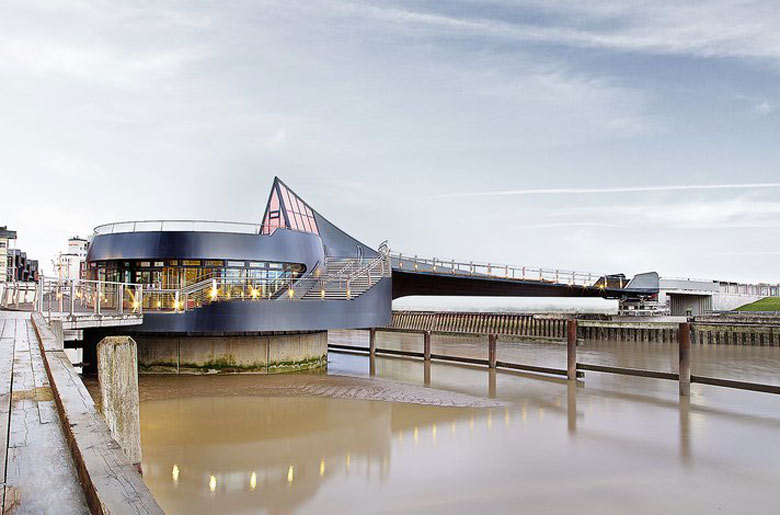 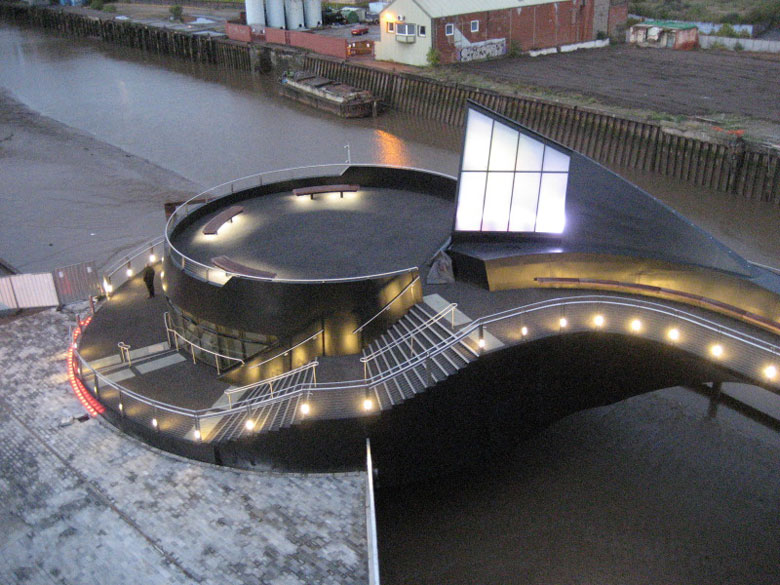 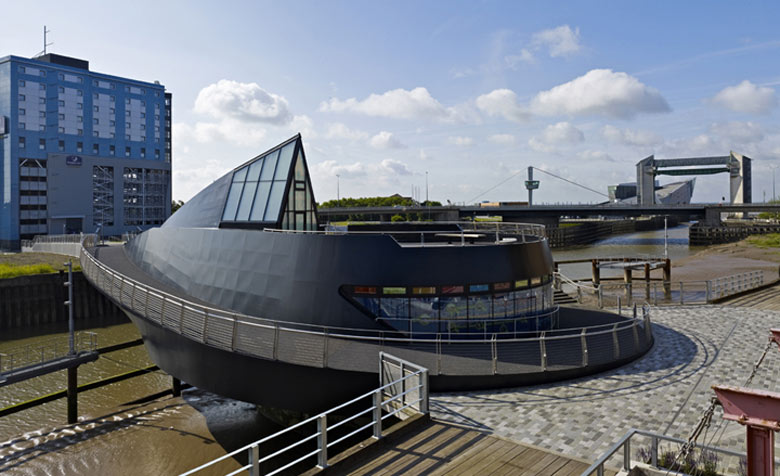 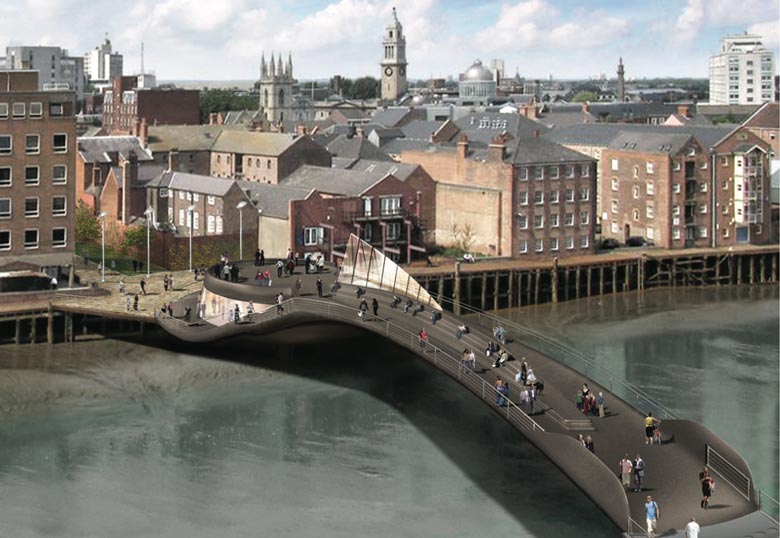 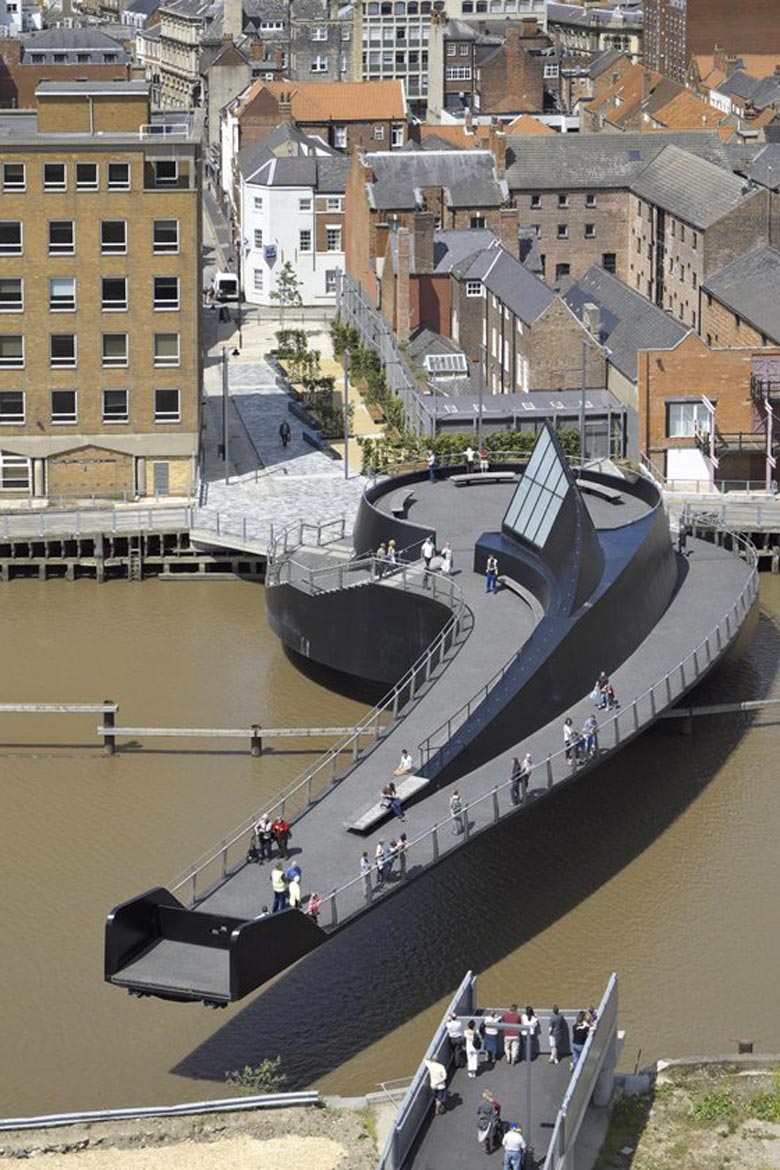 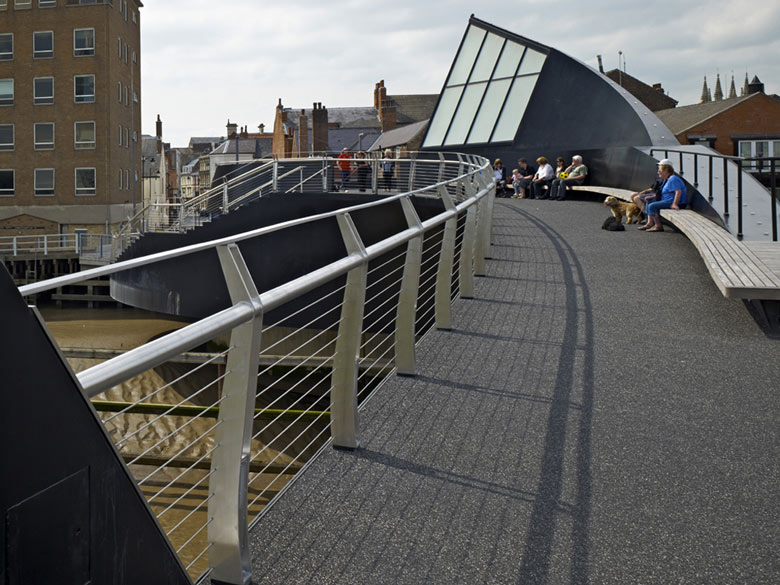 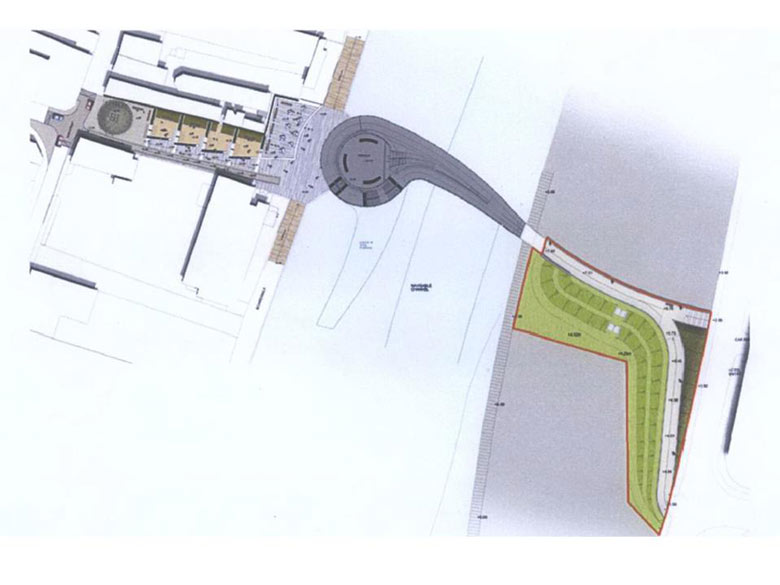 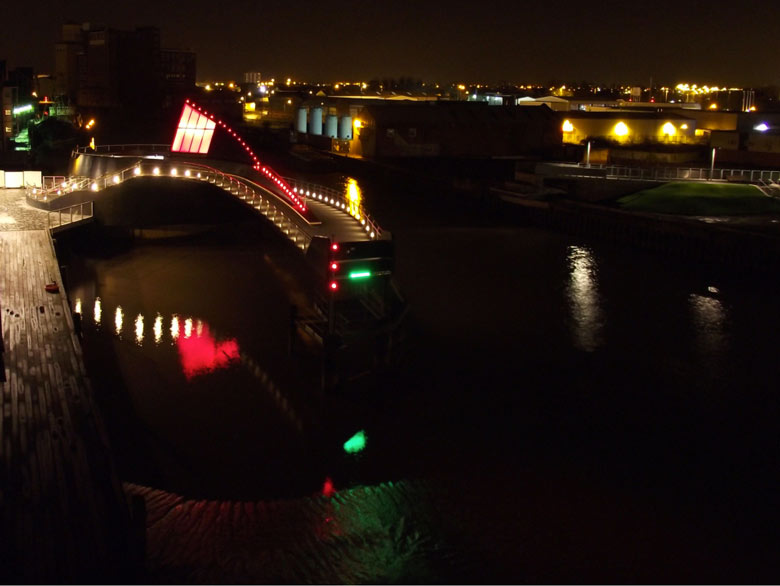