The SAS Survival Guide is one of the most important books on the subject of surviving in the wild. The original was written by a professional soldier and former SAS member, John “Lofty” Wiseman and published in 1986 and got a revised and expanded edition in 2009. In this second edition, which is also written by Wiseman, you can find included the latest navigation and survival techniques. All this makes the SAS Survival Guide 2E widely considered as the ultimate source of information on survival in various dangerous situations. 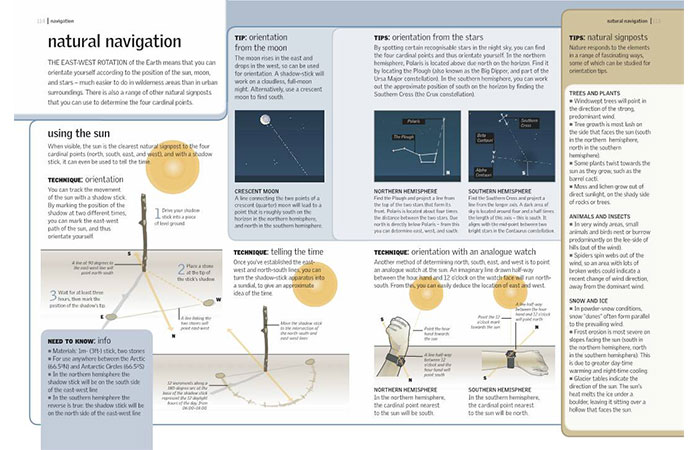 The book has 11 sections with an introduction and postscript that give you information about everything from surviving in different climates and difficult terrain and finding food in the wild to devising a strategy of getting yourself out of dangerous situations and the basics of navigating by stars and by the sun.

You can even find useful tips on how to survive floods, avalanches, hurricanes, tornadoes, volcanoes, earthquakes, being stranded on the open sea and even what to do in the aftermath of a nuclear disaster. To be honest, most people probably won’t find themselves in such extreme situations, but this book also deals with first aid priorities and procedures and has a small encyclopedia on various edible and poisonous plants and animals. Add to all this the essentials of camp making (knot tying and fire starting), and you have a very useful little book. 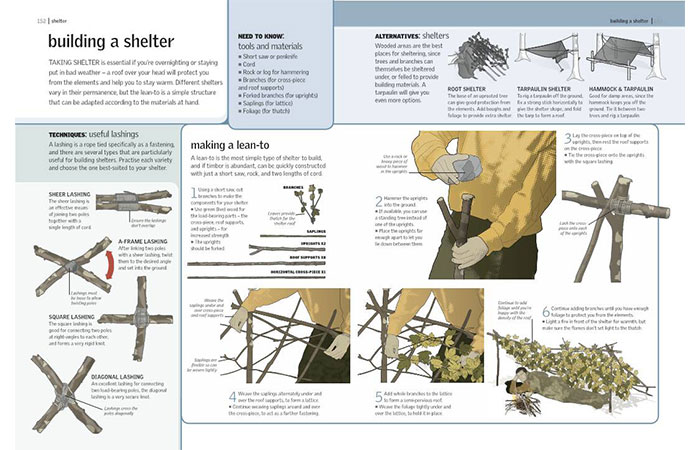 Among other things, this book shows you how to make your own shelter in the wild

The SAS Survival Guide is a pocket size book filled with useful information about almost any situation that can arise in the wild, which makes it an ideal addition to survival gear for hikers, campers and adventurers alike.