This is a story about artist Ra Paulette who had a massive dream, both literally and figuratively. The dream that took an incredible ten years to materialize and, once it did, it became a masterwork that was created without the use of any machines, but only with the artist’s two hands. We are talking about sandstone caves, located in Northern New Mexico (between Santa Fe and Taos) which Paulette carved into a real work of art.

The artist spent twenty-fire years digging tunnels and passageways and ten years carving intricate and beautiful designs into the sandstone cliffs. This was quite a feat considering that Paulette was not in the prime of his youth (he is 68 years old now) and that he used only hand tools to decorate the caves with stunning patterns. Also, Paulette carried out all the rocks and dirt that were by-products of chipping away at the cave’s walls by himself. 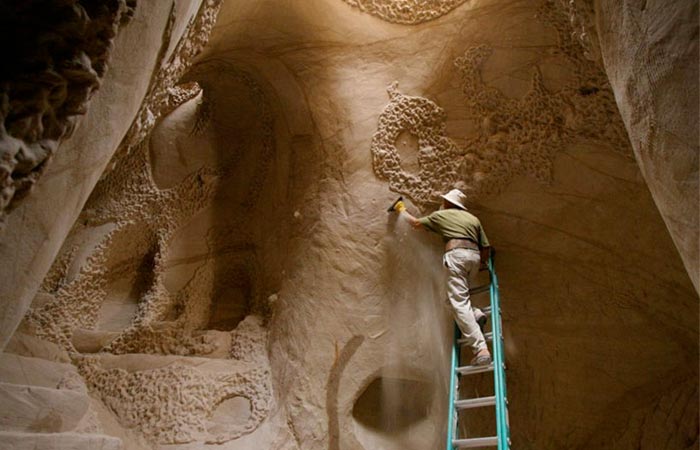 If you are wondering why an artist would embark on such an extensive, time-consuming and physically demanding project, here is Ra giving a sensible explanation: “Manual labour is the foundation of my self-expression. To do it well, to do it beautifully is a “whole-person” activity, engaging mental and emotional strengths as well as physical strength. When digging and excavating the caves I break down all the movements into their simplest parts and reassemble them into the most efficient patterns and strategies that will accomplish the task while maintaining bodily ease. Like a dancer, I “feel” the body and its movement in a conscious way.” 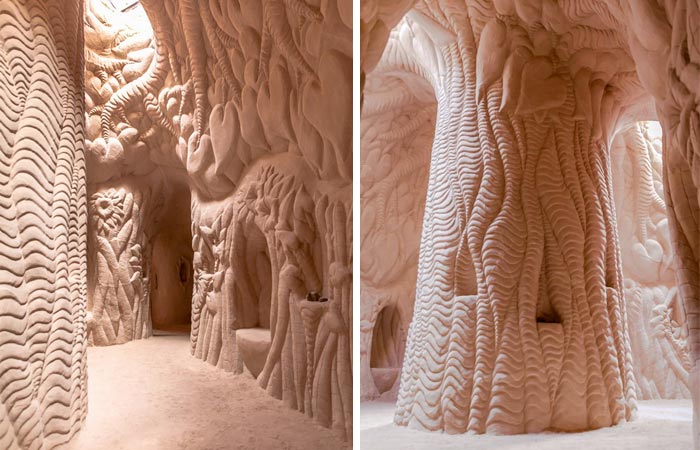 Unfortunately, the story doesn’t have a happy ending. The patrons who commissioned Ra to do this work cut off almost all of his projects because of “artistic differences”. Still, he remains in the public eye, drawing numerous people to his work including a film-maker Jeffrey Karoff who, in 2013, made a documentary about Paulette and his poetic work called Cavedigger. watch video below 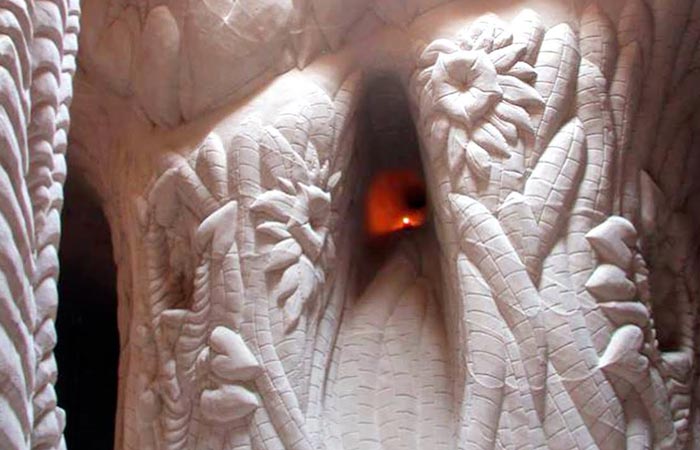 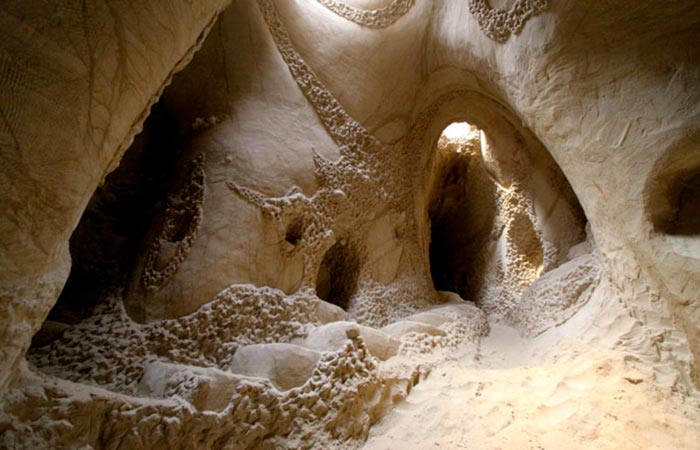 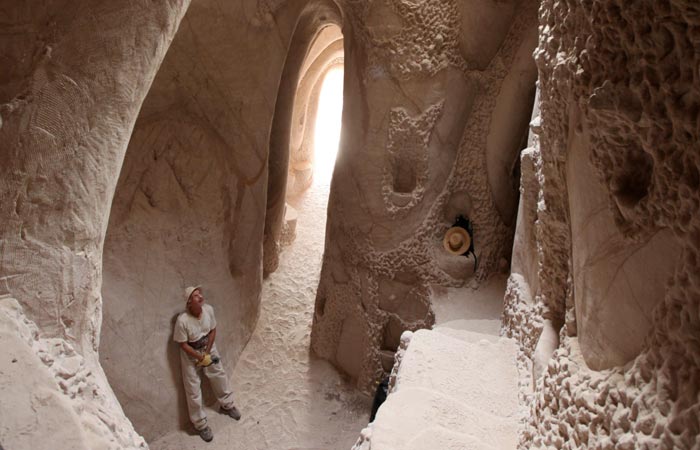 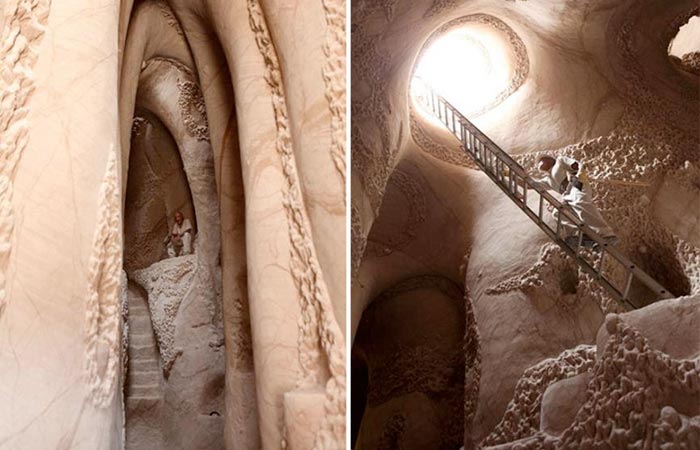