In order to bring a higher quality sound to its consumers, Samsung has decided to release a new line of 360-degree wireless speakers to enrich their already decent Wireless Audio 360 Speaker line. The already existing R7 and R6 models are getting new family members; the R5, R3 and R1 which will fulfill the needs of all audio junkies with the smooth sound these speakers deliver. With the reimagined design of these three new speakers, the Multiroom app used to control the speakers has also received a few tweaks and can now work on Samsung’s Gear S and the upcoming Gear S2 smartwatch along with the standard support for tablets and smartphones. 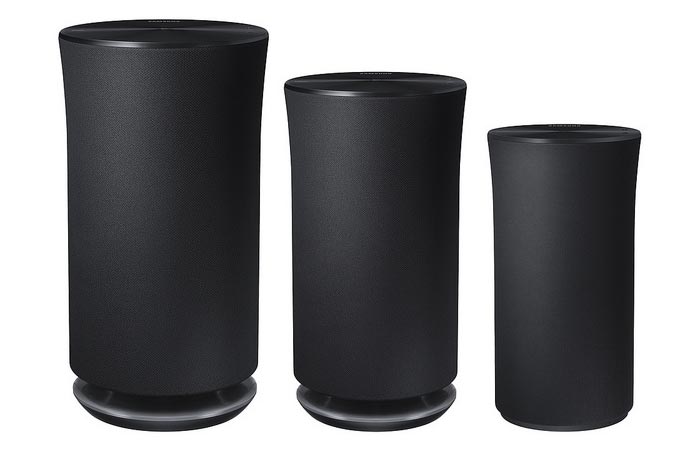 The new additions to the family: the R5, R3 and R1

Varying in size, these three speakers can help you set up a simple yet very effective sound system in your home. Because the speakers from this line are omni-directional, placement will prove to be very easy, especially if you have more than one speaker set up across your living space. All three of these speakers feature ring-radiator technology which makes the sound very smooth, and allows it to flow around the room. 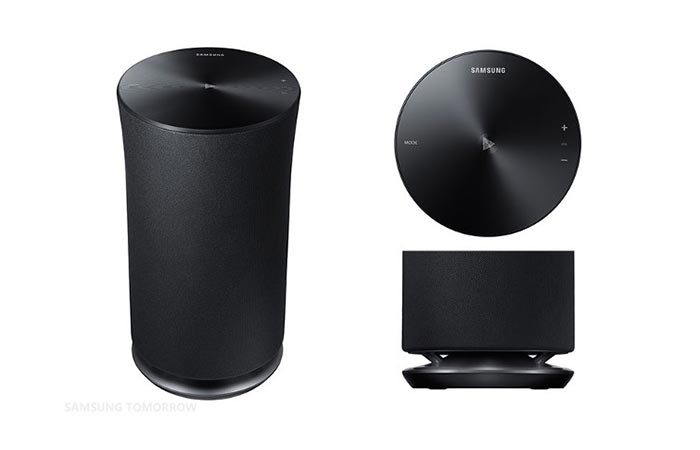 Design-wise, these new models feature a modern and sleek design which will fit into any living space

As for the design of these speakers, all three feature a friendly user interface which will help you change the volume and queue songs with a simple press of a button (you can use the app for these tasks, of course). The actual design of the speakers deserves all the praise it can get, because the speakers boast a cylindrical appearance which can easily fit into any environment. 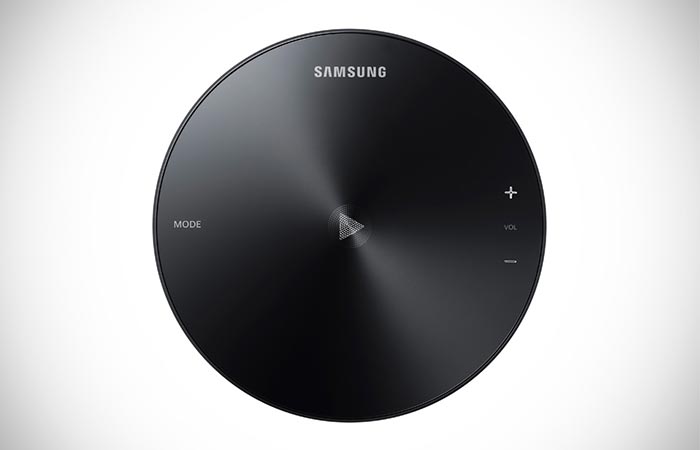 In order to provide its customers with an even easier listening experience, Samsung has partnered up with Qobuz, a music streaming service. Qobuz delivers high fidelity sound via their services and now, you can use this perk as this service will be made available across Samsung’s audio devices. As if using speakers from this line of audio gear wasn’t easy enough. With this feature, you won’t have to worry if you have the songs you’d like to listen already available, as Qobuz will make them available.

As for the pricing, you will have to put aside between $199 and $399 depending on which one of these three wireless speakers you’d like to have. This makes the new members of the Wireless Audio 360 Speaker line pretty affordable, as the R7 from the previous line costs more than the newly announced R5. [via]