After the recent releases of the Samsung Galaxy S7 and S7 Edge, the South Korean giant is entering the 360-degree camera game with quite an attitude. Samsung Gear 360 Camera is a very tiny, spherical and double-lensed camera that can store up to 128GB of various footage on its microSD memory card. The camera can also be easily synched with a PC for editing purposes.

Samsung made the Gear 360 Camera completely compatible with the new Galaxy phones, so you can edit your videos via Bluetooth connection wherever you find yourself. That is, of course, if you own the new Galaxy S7 or S7 Edge. For those who don’t have these Samsung phones, there will be a PC-only app for stitching and editing. Although it looks like an eyeball, the camera has a flat base, so it can be placed on any flat surface. 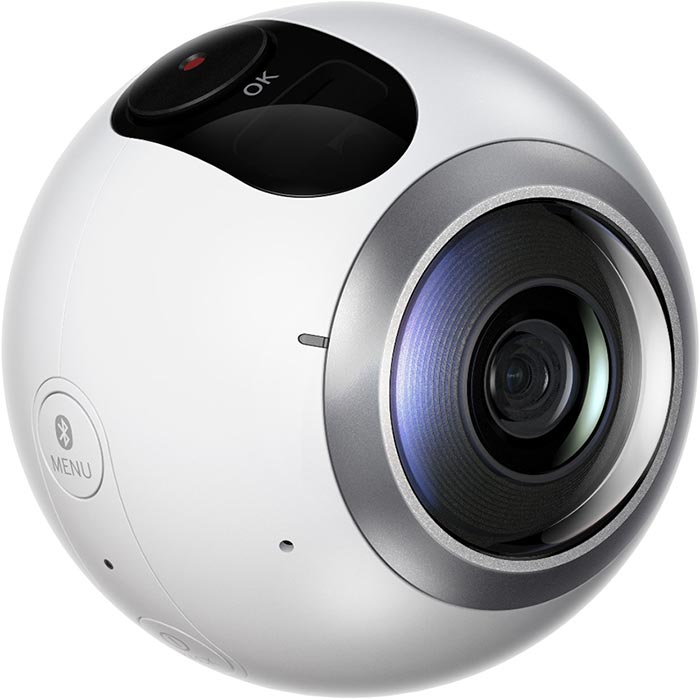 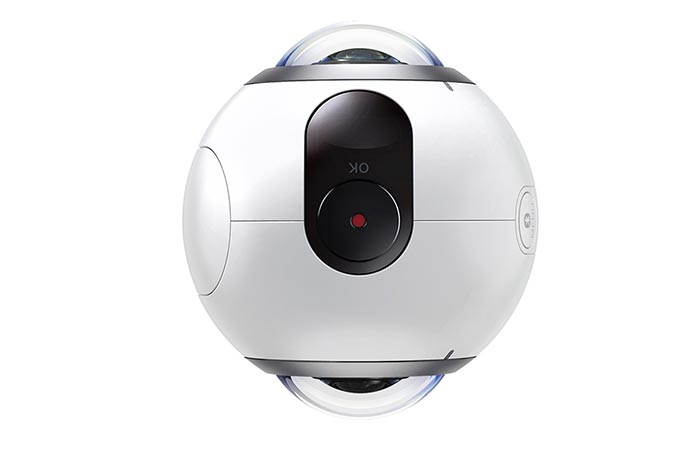 At the top of the camera, there’s a tiny display that tells you which mode you’re in.

This 30-megapixel camera captures full HD spherical photos and 3840 x 1920 videos. That’s pretty impressive, but experts are saying that besides all those numbers, Nikon and GoPro are still way ahead when it comes to action cameras. Samsung Gear camera has two 195-degree fisheye lenses and two microphones that are able to record audio in stereo format. 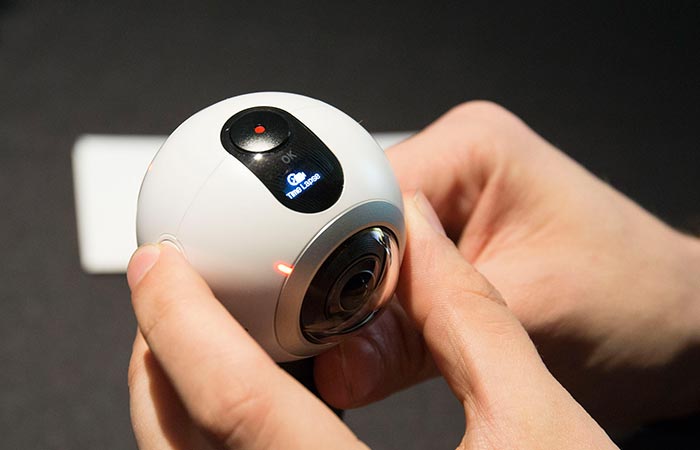 At the top of this 360-degree camera, you’ll find a small display that provides information regarding time lapse, video format, video mode, looping and photo mode. That’s not the only way you will be able to monitor your recordings. The Samsung Galaxy S7 can be used as a remote and you can also stream and watch those videos on your Samsung smartphone. 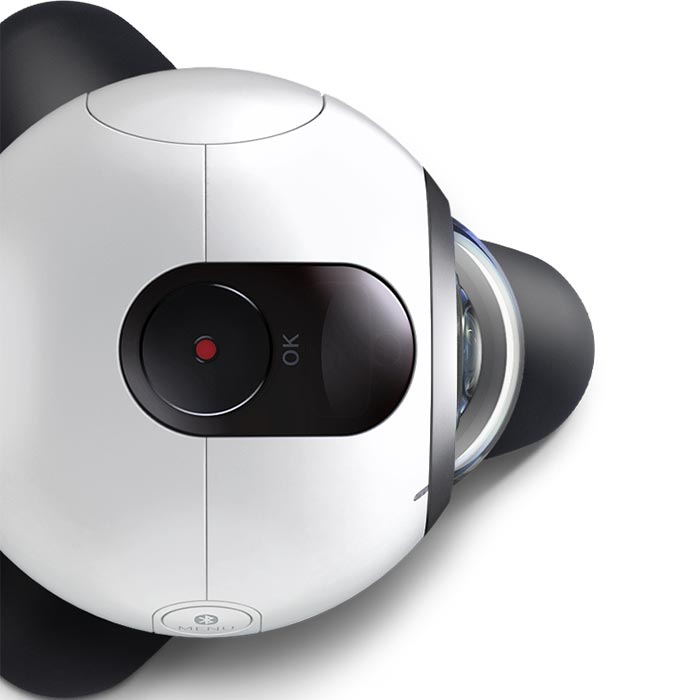 This camera is completely compatible with the new Samsung Galaxy S7 and S7 Edge phones.

The camera comes with a standard mount, so you can attach this little “eyeball” to any monopod or tripod you can find. It’s not waterproof, but it can withstand some small splashes of water. It’s dustproof, so you can carry this little camera with you on your outdoor adventures. It weighs just 5.4 ounces(153g). Unfortunately, there is no information about the price just yet, but experts are predicting that it won’t cost over $500. [via] 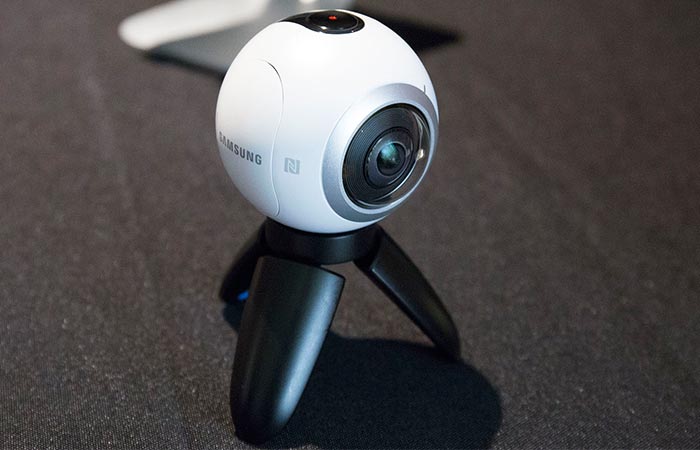 The camera comes with a universal mount, you can attach it to any tripod out there.

Check out the review of the Samsung Gear 360 Camera here.