As the Samsung Galaxy Unpacked event nears, we have to turn back to various speculation and rumors about the new flagship phone of this electronics giant. As the leaked images of Samsung Galaxy S6 flooded the web recently, a lot of speculation about the design and features of this device appeared, causing widespread interest in the matter.

Samsung Galaxy Unpacked, an event dedicated to the unveiling and promotion of the new flagship smartphone will be held this year in Barcelona, Spain on March 3rd. What’s to be expected of this event? A lot of us are wondering this. The leaked images of Galaxy S6 show a new design and the possible addition of an Edge version of the phone which has been implemented in the features of Galaxy Note Edge. This feature brings a different take on smartphones as the curved design achieved by adding another, smaller screen on the edge of the device is aimed towards increasing its functionality. By adding this new feature, Galaxy S6 users will be able to access some of their apps a lot faster than usual. 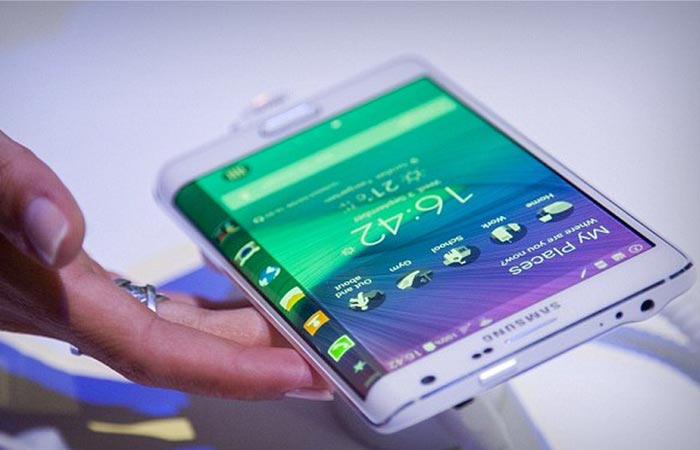 The trend of making smartphones more curved is growing as rival companies, like LG, already have a couple of models which implement this design. Samsung has already made an attempt at implementing this somewhat radical change with the aforementioned Galaxy Note Edge, Galaxy Round and Galaxy Gear S, a smartwatch. There were also a lot speculations as to why Samsung is endeavouring to bring these new design changes. Most people contribute this to the falling sales of the Galaxy S5 as Samsung failed to sell as many as they have predicted. Whether this feature will up the sales of their new flagship is yet to be seen.

Prices according to TechRadar:

Whatever the reason behind the possible new features of the new Samsung Galaxy S6 smartphone may be, its release is highly anticipated. We will be able to see Samsung’s new flagship smartphone very soon and decide whether it will be worth buying. [via]

Video below from CNET, presents the Samsung Galaxy Note E with curved screen.