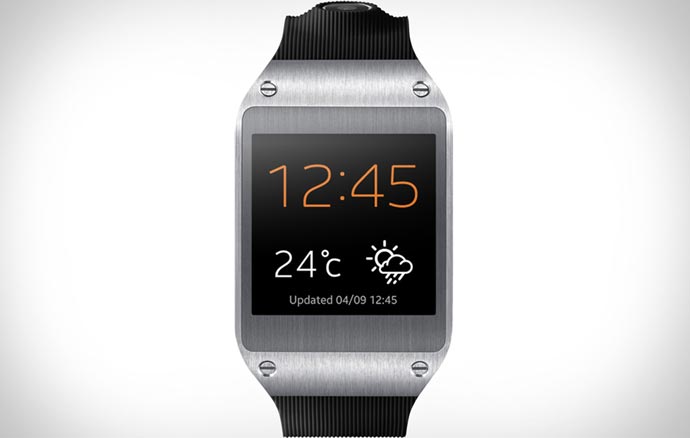 Samsung Galaxy Gear Smartwatch is one of the latest fads on Android-based gadgets produced by Samsung Electronics. In the world of fast-evolving technologies, the smartwatch will enable you to interact with others via messages, calls, e-mails and social networks and listen to your favorite playlist as it provides easy access to the data on the host devices such as Samsung Galaxy smartphones and tablets running Android 4.3.

Samsung Galaxy smartwatch was released at the Samsung Unpacked event in Berlin on September 4, 2013, having previously been announced by vice president of Samsung’s mobile business Lee Young-hee as the “product for the future” that would “enhance and enrich the current smart mobile experience in many ways”, “lead a new trend in smart mobile communications”, and “add meaningful momentum to the mobile industry“ (an interview for Korea Times, August 27, 2013). 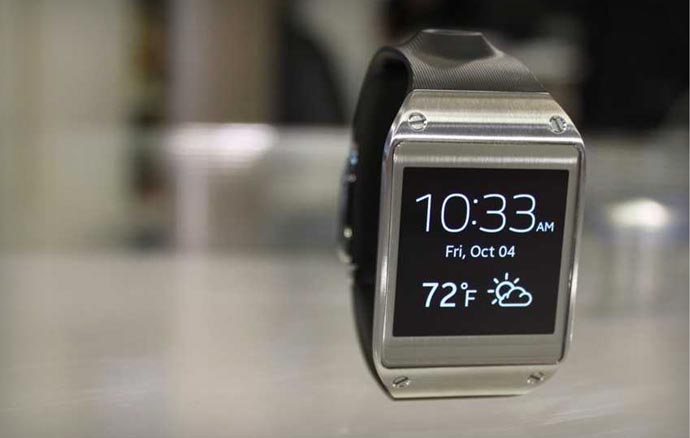 A new craze on the expanding smartwatch market, Galaxy Gear will be an invaluable accessory to your Android phone as it will promptly place calls or allow you to answer them immediately, as well as send messages and handle social network-based communication without even reaching for your phone every time it beeps. The gadget will stay connected to the host device, either a smartphone or a tablet, by means of Bluetooth Low Energy within the range of some 150 meters, making your daily communication more efficient and a whole lot easier to manage. 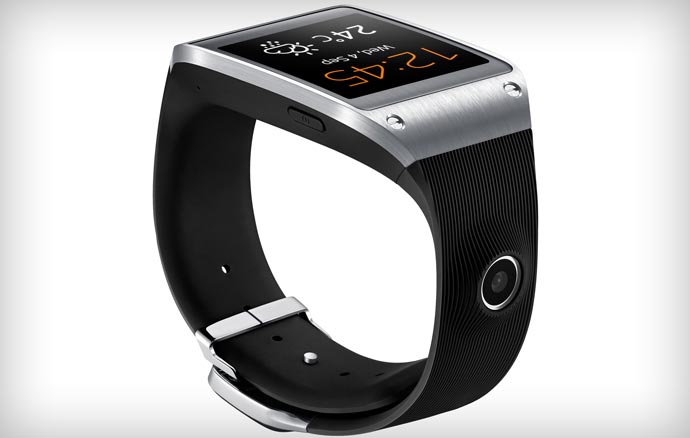 Though criticized by some for its somewhat bulky appearance (1.63-inch screen, 11.1mm thickness and the width of 36.8mm) and not really outstanding battery duration (around 25 hours of heavy use), Galaxy Gear does indeed provide a helpful way to use all the functions of the host device. Compared to the Sony SmartWatch 2 SW2, it offers better screen resolution (320×320-pixel), a speaker and two noise-cancelling microphones and the S Voice personal assistant which can be used for basic voice commands. It also has a better-performing 320 pixel-wide 1.63 inch Super AMOLED touchscreen display and a 1.9 Megapixel camera with autofocus and the video recording option for clips of up to 15 seconds in length. The Gear uses a single-core 800 MHz Exynos system-on-chip and runs on a 315 mAh battery. It features internal memory of 4 GB and 512 MB of RAM. It is easily charged by popping inside a special Micro USB-equipped charging case. 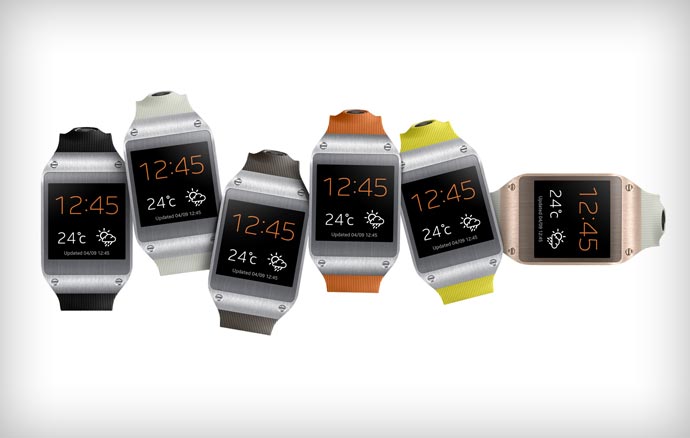 Nevertheless, in contrast to Sony’s smartwatch, Galaxy Gear is not water-resistant and should not be exposed to heavy water jets. Another downside to it is its limited usability of applications, as it operates well only with Samsung-based apps although other Android apps can be downloaded to the Galaxy Gear smartwatch using the Android Debug Bridge (ADB).

With its black adjustable rubber strap and smooth aluminum case, your Galaxy Gear will go equally neatly with a stylish suit, sweatshirt or a black leather jacket. Though it may be considered by some as chunky due to its size, it surprisingly weighs as few as 2.6 ounces and its build promises high-quality performance and premium durability. 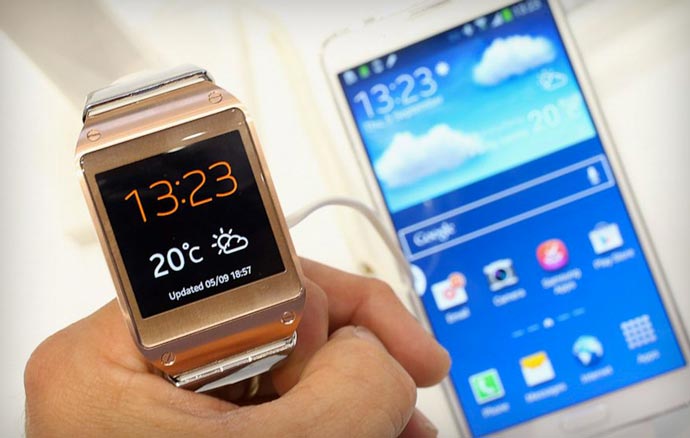