The Japanese architecture is a true reflection of the country’s predominant qualities like simplicity, progressiveness and innovation. S-House, designed by a Japanese architect Yuusuke Karasawa, exemplifies all these qualities. Karasawa, who, before establishing Yuusuke Karasawa Architects in 2006, worked for a Dutch architecture studio MVRDV and Shigeru Ban Architects, says that he has always been interested in creating “complicated network places with walls, ceilings, and floors intricately entwined together”. S-House is a highly unusual and appealing embodiment of this idea.

The 1,117-square foot house is located near the Omniya Station in Saitama and is a complex combination of internal volumes and viewlines. From the outside, the house resembles an accordion and it almost seems as it can fold. It comprises of five floors which are connected by plain white staircases and beams that intersect each other. Each of the five floors has glass panes to ensure plenty of natural light and great views. The rooms are actually fully enclosed volumes which are located at the ground floor. 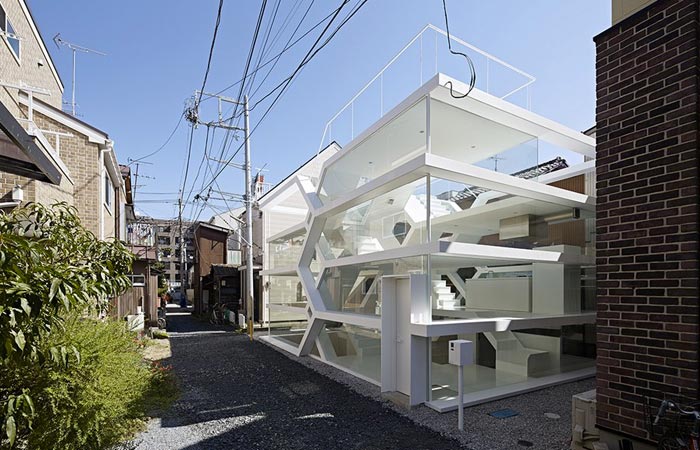 The structural system of S-House is made from welded 6-mm-steel plates while the voids inside actually hide appliances and other electrical equipment. Since this is an earthquake-prone area, the steel columns are located at the corners of the building to ensure stability. The house comprises of two bedrooms, two bathrooms, a living room, a dining room, a kitchen and a study. It is also capped by two white-ceramic-tiled terraces. Another brilliant feature of S-House are mirrored polyester privacy curtains which, from outside, appear opaque and yet allow views out. 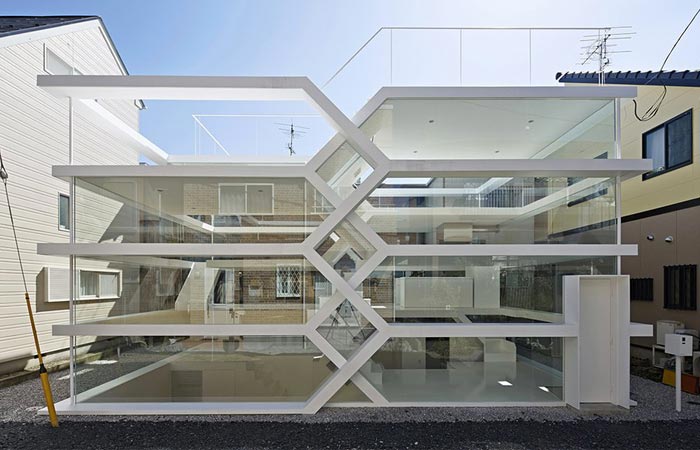 You are probably wondering who is Karasawa’s client who commissioned this highly unusual structure to be built. He is a self-proclaimed network philosopher, a follower of French philosopher Michel Serres, and a keen student of interconnections between people and nature. After his client moved into the house, Karasawa said that he thought that “the house succeeded in realizing network philosophy as his lifelong theme of study, and was also quite a comfortable space for daily living.” 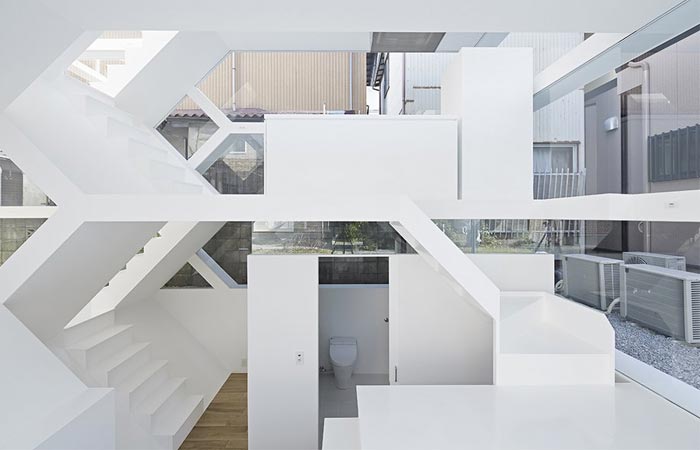 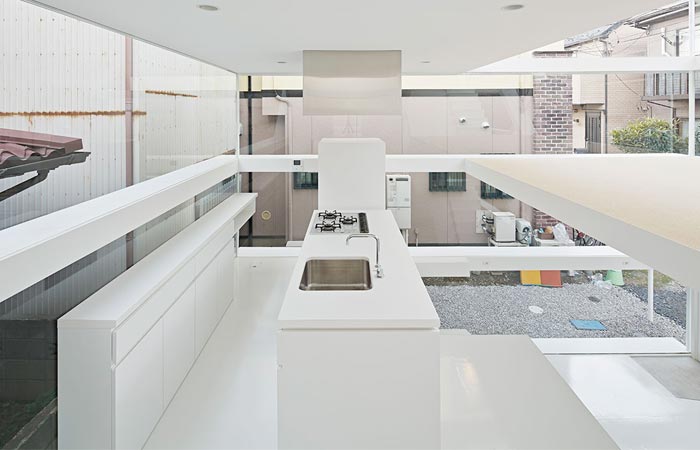 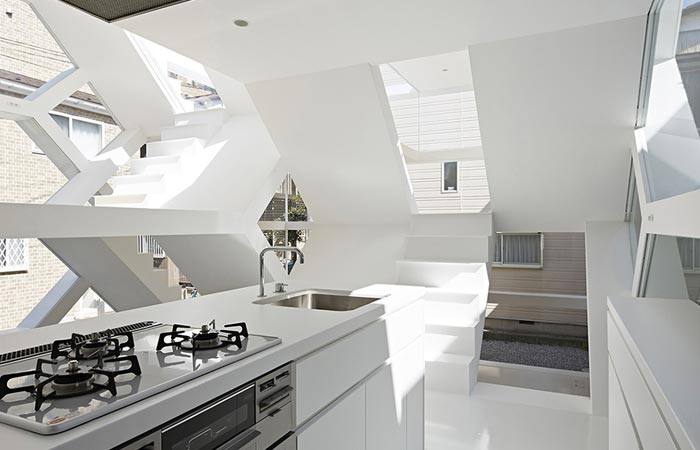 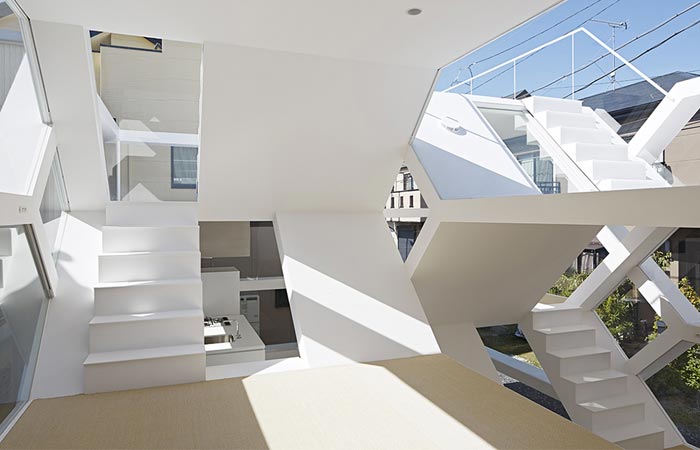 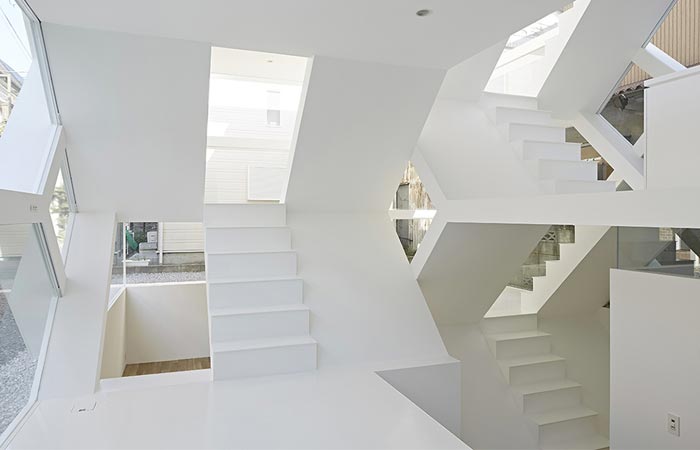 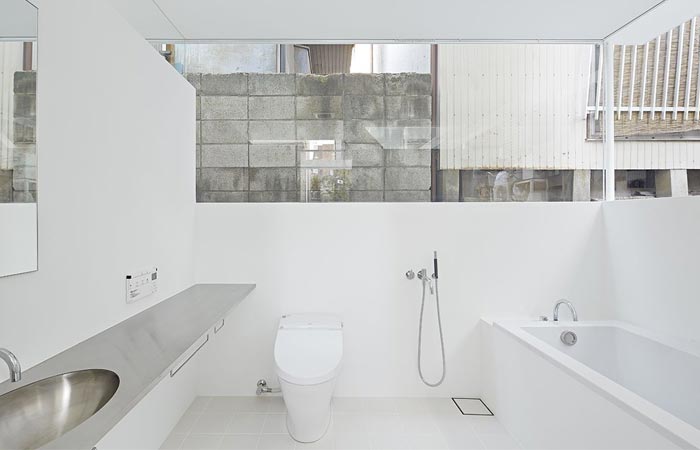 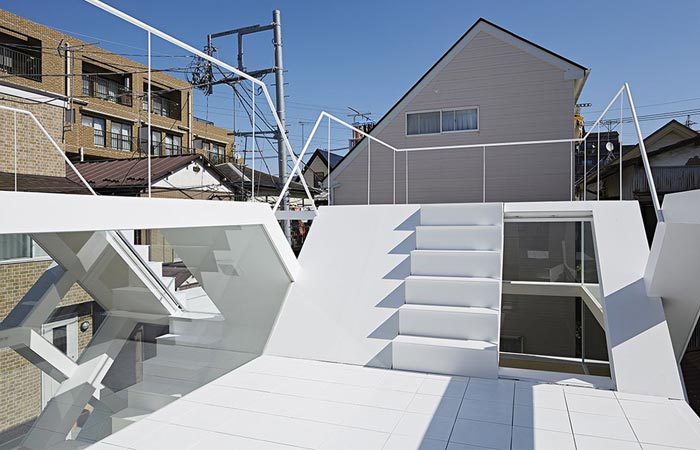