Over the last few years that we have been writing about various tourist attractions all over the world, we have written about some really peculiar ones and this tourist destination certainly comes under that category. In the small town of Rummu, located some 45 km west from the Estonian capital of Tallinn, lies the eponymous quarry lake. At first glance, there is nothing special about this lake. Yes, it is pretty with its crystal clear waters and beautiful surroundings, but why is it different to many other similar lakes in the world? Well, there is a building right in the middle of it which lower part is submersed. And it is this lower part that hides an underwater prison called Murru.

Here is how the story goes. Some 70 years ago, there was a limestone quarry nearby which was founded, conveniently enough, together with Murru Soviet Prison. It was quite obvious why was the prison built so close to the quarry – the convicts were sent to work in it. Following the disintegration of the Soviet Union in 1991 and Estonia declaring independence, the mine closed and the quarry soon enough became a quarry lake. All the buildings that made the prison, including a wide range of mining machinery and equipment, were covered in water. 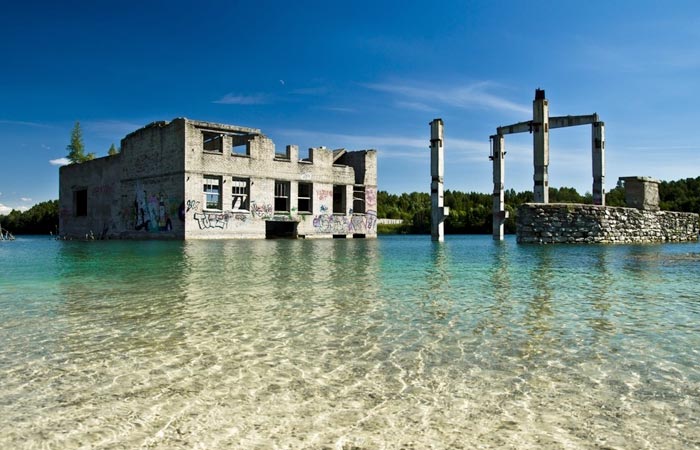 Today, this underwater prison is a very popular tourist destination, drawing swimmers and divers from all over the world. Although it has a very distinct eerie character, this location is very popular with the locals too who call it “the blue lagoon”. They usually come here during the summer for a swim, and they dive almost yearlong. In winter, when the lake is covered in ice, the visibility is excellent and can be as much as 40 metres – a diver’s paradise. Although, you should keep in mind that this is an unofficial and unguarded swimming and diving spot. watch video below 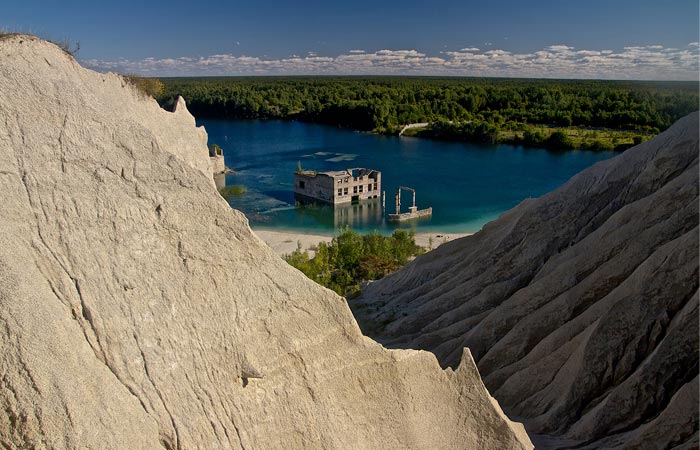 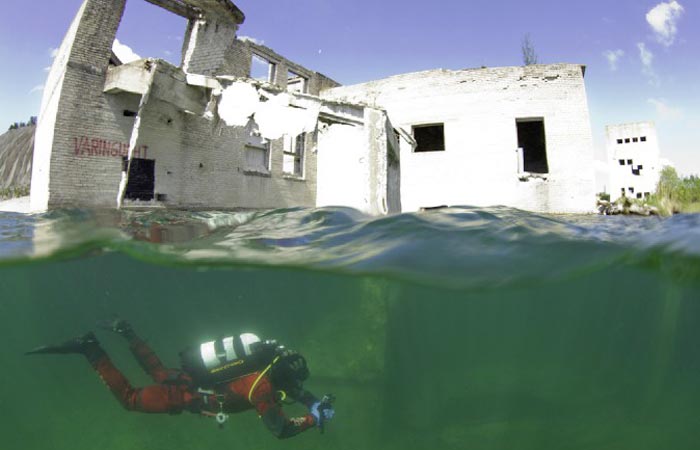 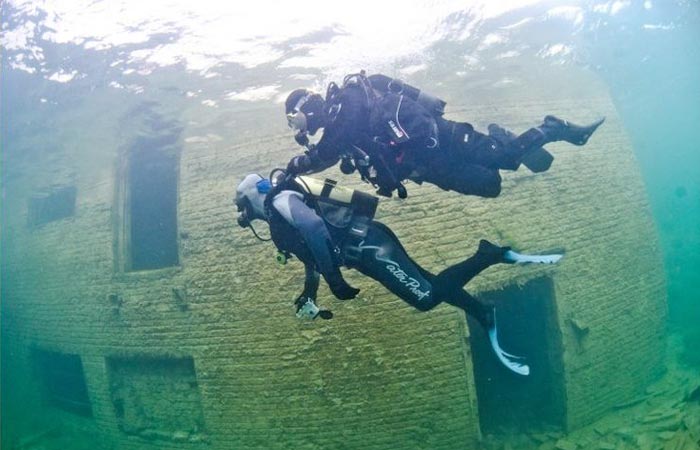 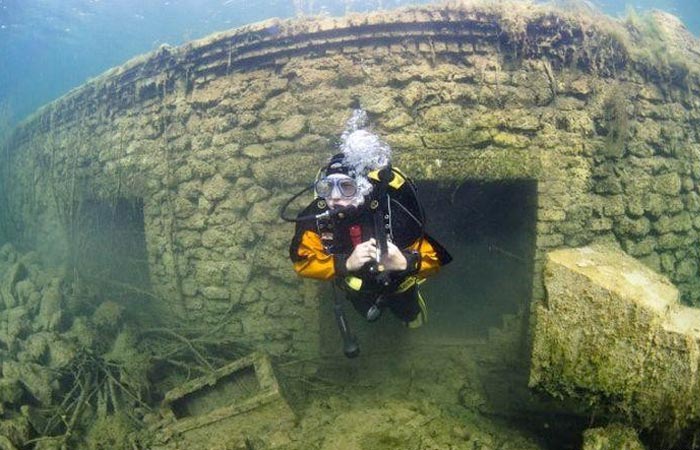 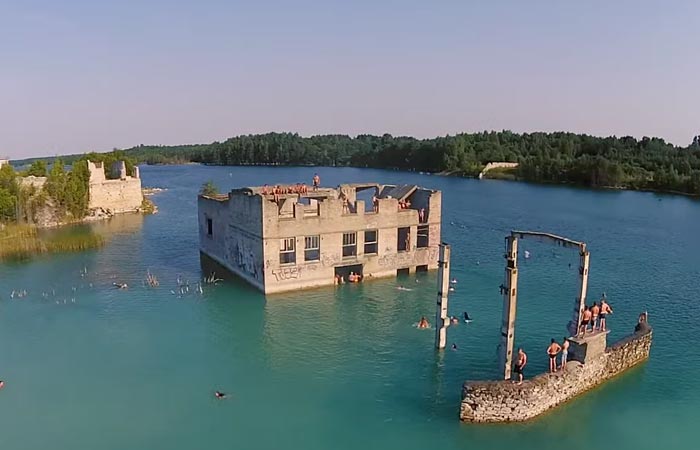 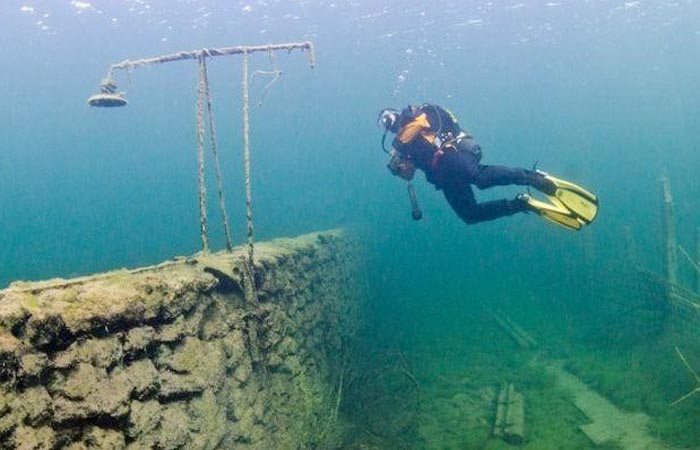 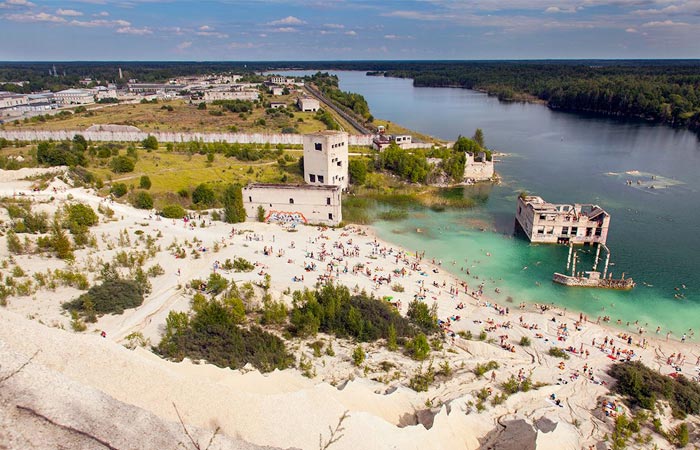