If you remember the legendary Royal Enfield Bullet that was built in 1948 and introduced in India in 1955, you’re definitely going to love this new adventure bike made by Royal Enfield. Himalayan is a first dual-purpose motorcycle by Royal Enfield that features a 411cc single-cylinder engine capable of overcoming some of the harshest terrains out there.

Besides some inevitable modern changes such as fuel injection and modern disc brakes, people from Royal Enfield kept the same one-cylinder engine that was used on Royal Enfield bikes for almost 60 years, including the legendary Bullet. This company put the single-cylinder engine through a process of modernization but it remained loyal to the original concept. 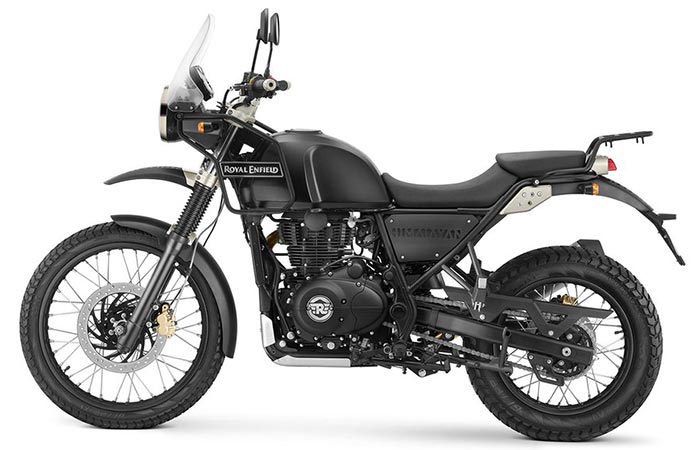 This bike has a singe-cylinder 411cc engine that is able to produce 25 HP.

This new and improved engine platform features an in-house designed single-cylinder Long Stroke engine with 411cc. The engine can produce up to 25 horsepower which is not too impressive but is quite enough. Good thing is that this motorcycle has a long 4 stroke engine that can produce up to 32 Nm of torque at just 4,000 rpm. This will definitely be enough to get you out of some rugged spots. 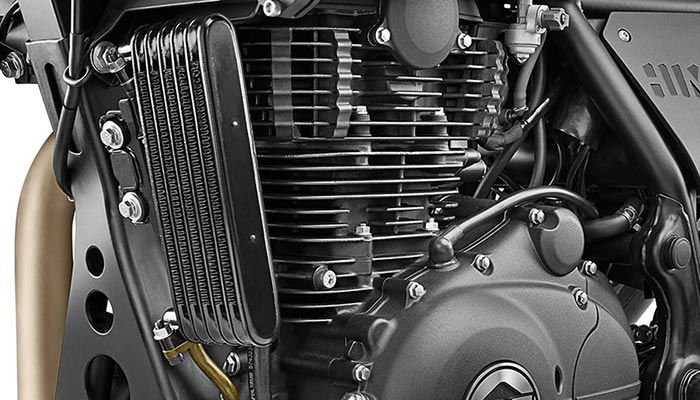 Himalayan by Royal Enfield is made to overcome long distances without having to stop for a refill too often. It can travel up to 280 miles (450 km) with only one full tank that can hold up to 15 litres (4-gallons) of fuel. When it comes to changing oil, this bike will need new oil every 6,214 miles (10,000 km). The Himalayan has an electric engine start and a 5-speed gearbox and the entire bike is going to weigh somewhere around 401 lb (182 kg) which is not exactly great for an adventure motorcycle, but as we mentioned earlier, 32 Nm of maximum torque will be able to balance that out. 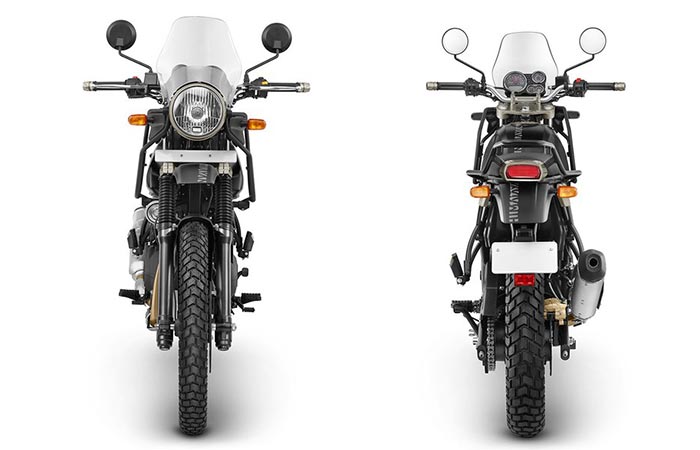 Royal Enfield Himalayan is going to weigh around 401lb (182kg). 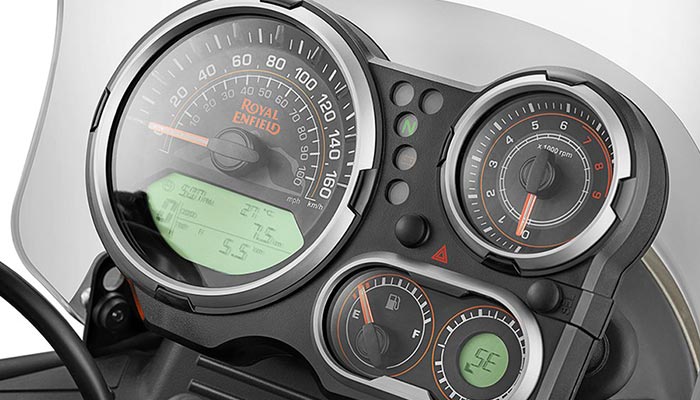 It will be able to travel up to 280 miles without having to stop for a refill.

This bike has standard off-road wheels, a pair of 41 mm forks and a single rear shock that will provide you with needed comfort and steadiness during adventure rides. Regarding the suspension, this bike features a 7.9-inch long travel at the front and a 7.1-inch long travel at the rear end. It’s not confirmed yet, but some speculate that the Himalayan is going to cost somewhere around $3,000. The one thing that’s for sure is that this new bike by Royal Enfield is going to hit the market around April this year. (via) 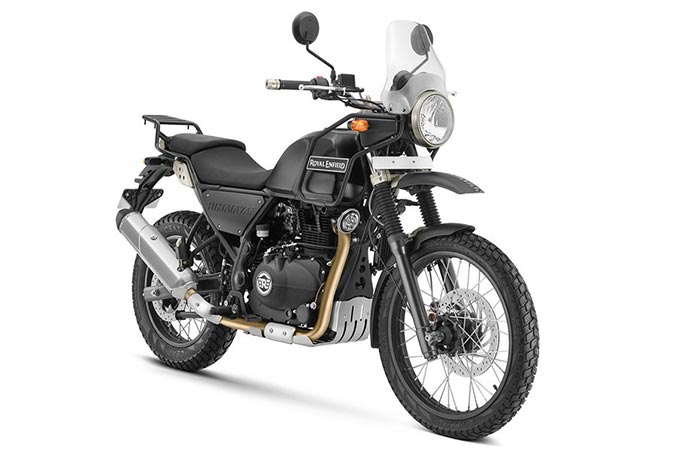 This bike is going to hit the market around April this year and it’s going to cost approximately $3000.

Check out the presentation of the new Royal Enfield Himalayan here.