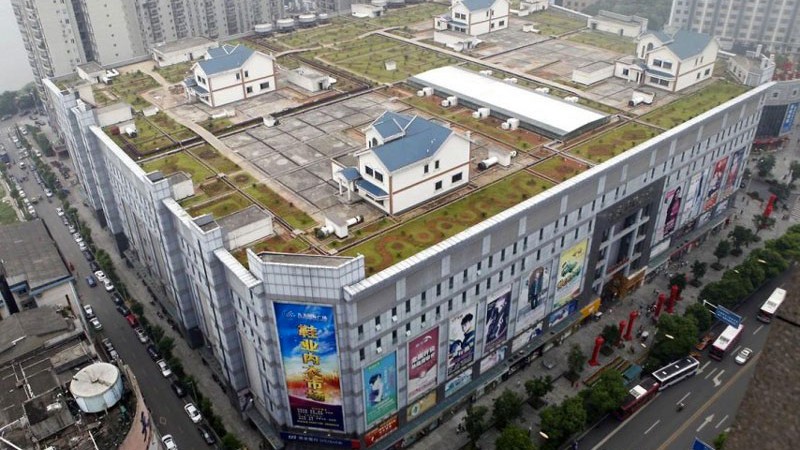 A developer called Zhuzhou Jiutian Real Estate, from Zhuzhou in China, Hunan province’s second largest city, decided to bring a bit of suburban living style into the smoggy city life. This opens a door for everyone who would like to enjoy the life of suburban neighborhoods, with greenery and yards, but still has professional or other needs to live in the city centre, or simply likes the perks of vivid social life and loads of amenities that a big city offers.

The aforementioned developer built four villas on the roof of a five-story shopping mall in one of the fastest growing cities in China.

The houses are equipped with electricity and plumbing and they were built at the same time the mall was constructed, which must have made the entire project a lot easier to complete. All four of them are surrounded by large green spaces that offer the opportunity to create some truly wonderful scenery in the middle of the city.

The entire project is not new. Last year, Beijing passed a law that requires any building that has been built in the last 20 years, that has fewer than 12 floors and less than 45 meters of height to have live vegetation on their rooftops. Although this is the law only in Beijing, for the time being, many other cities have decided to join in on the action. 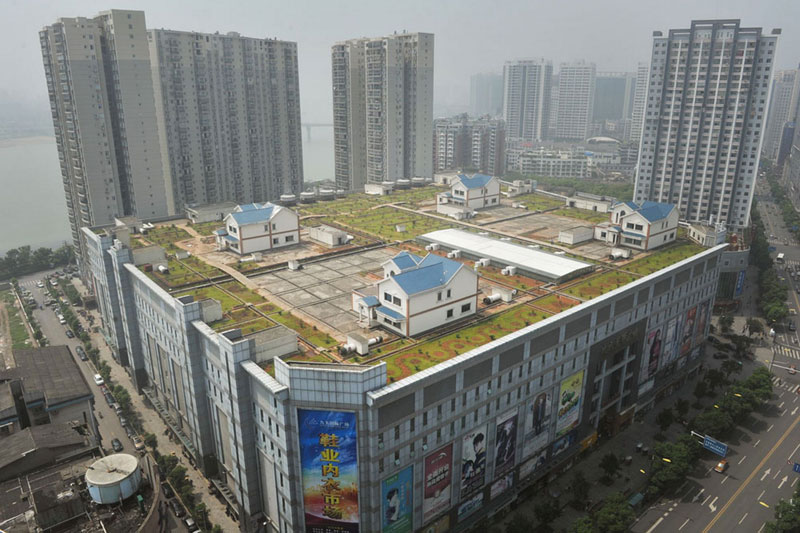 The houses and the greenery around them atop a shopping mall in Zhuzhou can only be seen from the surrounding buildings that are higher than the mall, but are completely invisible to street level observers, which gives the inhabitants the feeling of solitude and peace that big cities lack. The landscape around the houses is still not the prettiest one, but there is lots of space for improvement.

There is another problem with these. Apparently, the four houses will not be used for residential purposes, but serve as office space for the shopping mall employees. This might seem as a bit of waste, but the two downsides – unimaginative greenery and the lack of residential option – might actually be the signs of this project serving as a trial balloon for some future projects of green residential areas in the middle of large cities. 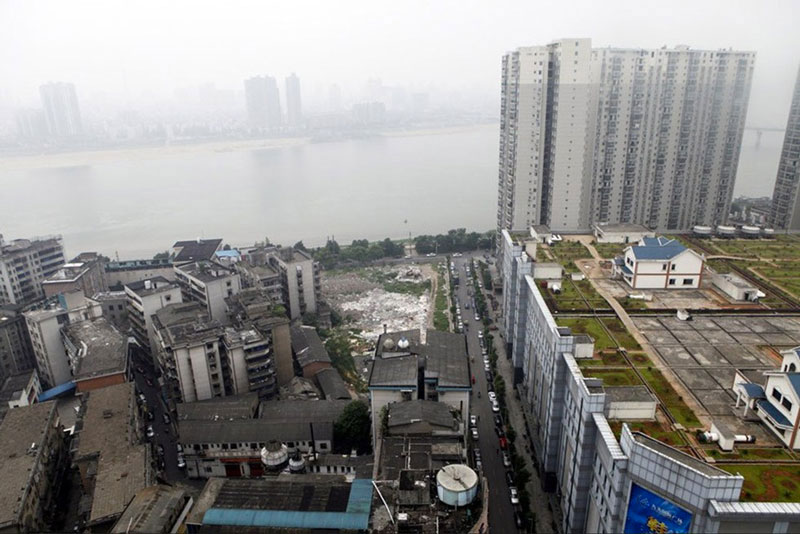