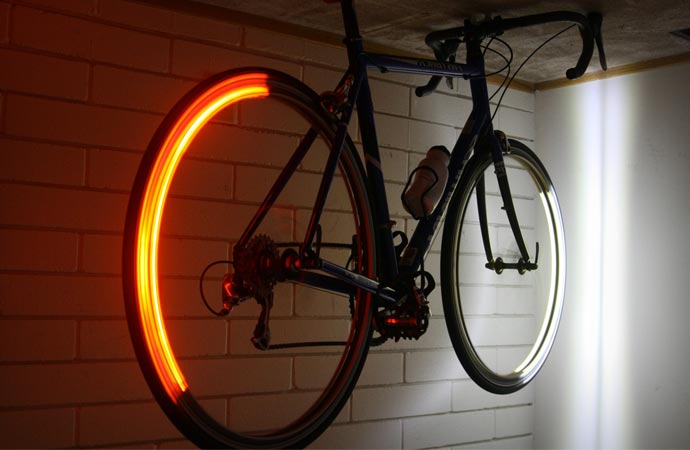 In 2013, in London alone, six cyclists were killed in the space of only two weeks because of not using proper lights and not wearing helmets. There is a bicycle light on the market that substantially increases the side visibility and clearly identifies the cyclist. It is called the Revolights Bike Lighting System, and it is mounted on the bicycle wheels with the help of special hardware. These are actually LED ring lights which ensure 360° visibility for bikes thus increasing cyclists’ safety. And they are perfectly legal. Men’s Journal called them “the best bike lighting system in the world”.

The Revolights Bike Lighting System completely illuminates the cyclist’s route and, unlike the standard lights, where light is concentrated on a single location, Revolights emanate a wide-angle vertical beam of light which illuminates not only the ground on which the cyclist is riding, but also road signs and obstacles ahead. Another interesting feature of Revolights is that because of its low origin, the cyclist can determine just how high an obstacle ahead is by the length of its shadow. 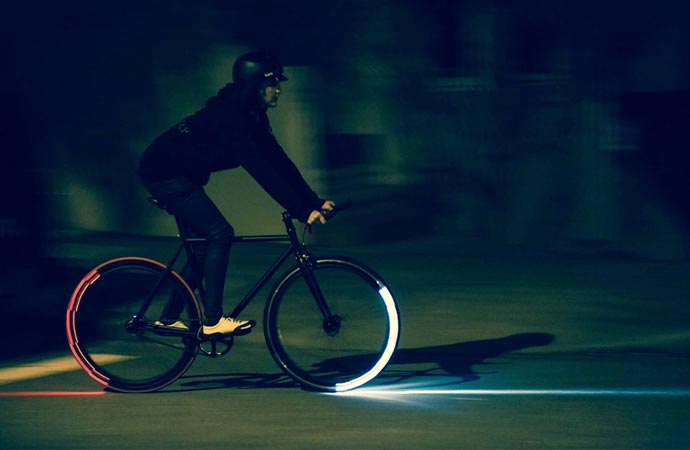 The Revolights Bicycle Lighting System comprises of four rings of LED lights – two white and two red – which are mounted to the front and back wheels. The LEDs get their power from lithium-ion batteries which are mounted to the front and rear hub. The batteries can be recharged via a Micro-USB. If you wondering about your bike’s compatibility with the Revolights Arc, there is no need to. This lighting system is developed to fit on almost any existing bike fender, and complies with most fender shapes and diameters. [via] watch video below 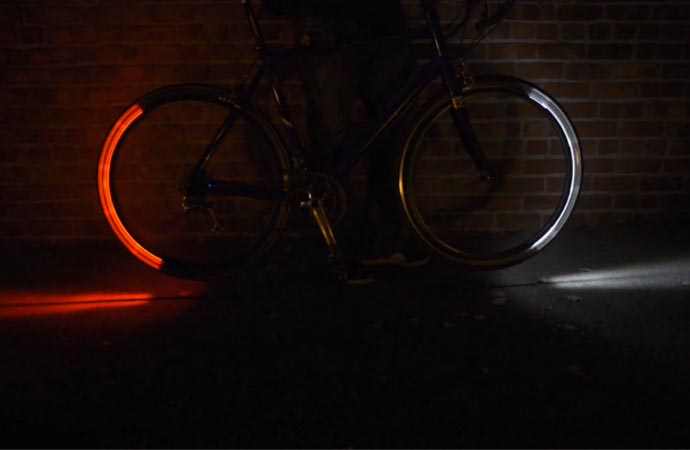 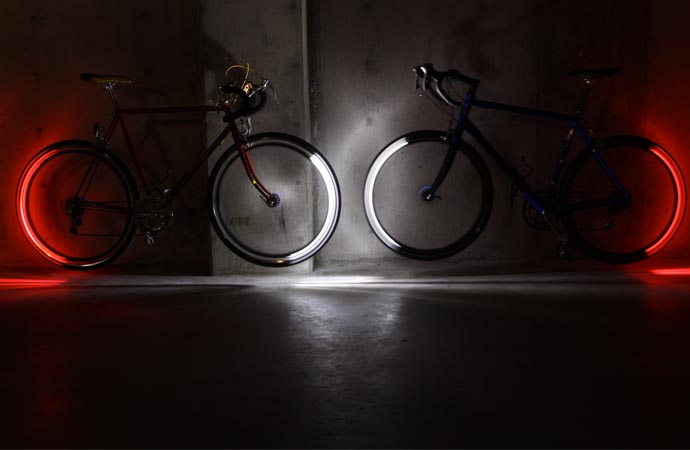 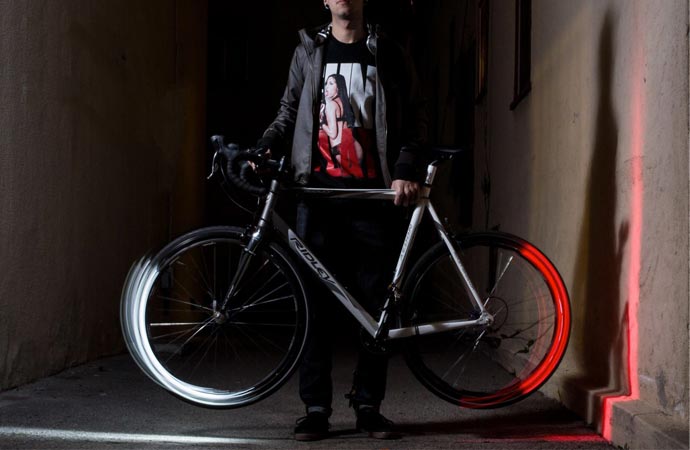 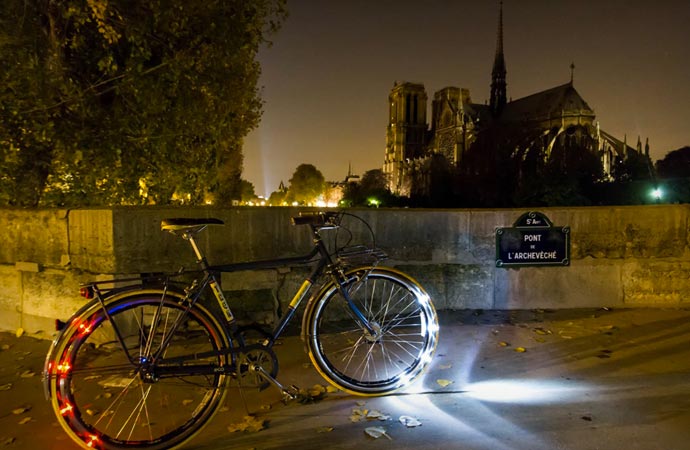 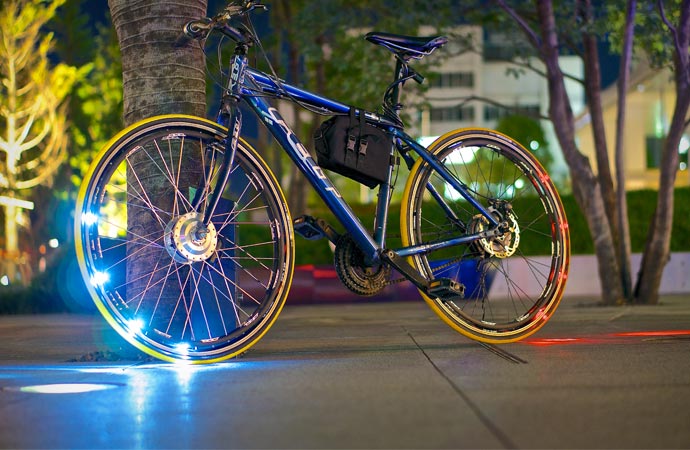