It’s that time of the year again, winter sports are back. Of course, ski jumps and skiing are two most popular winter sports in Europe every season, but this January, people from Red Bull and Kitzbuhel skiing resort had a unique and exciting idea. They arranged for Max Verstappen, a Formula 1 driver, to test his Red Bull F1 car on a snowy track for the first time ever.

It’s not unusual for Red Bull to organize these kind of stunts. We all remember Felix Baumgartner’s legendary jump and many more crazy stunts these people pulled. This was the first one that included two extremely different and popular sports. No one ever imagined an F1 car on the snowy downhill before, but now we know that it’s possible. 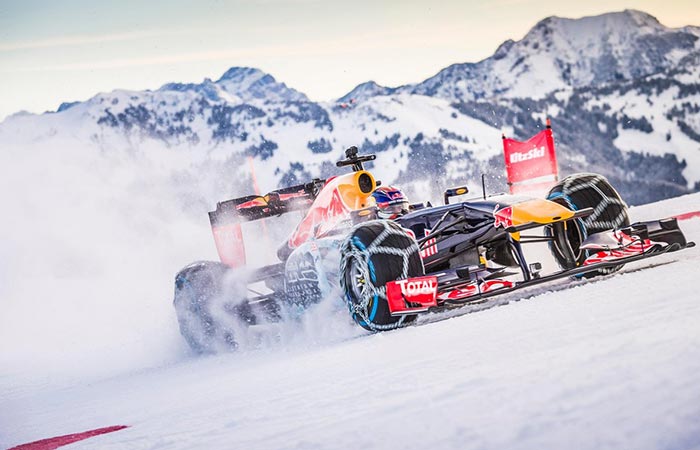 The F1 car had to be chained up in order to race across the snowy track.

Max Verstappen, a Toro Rosso driver, found himself on completely unknown terrain. To drive a vehicle as mighty as a Formula 1 car across a snowy terrain, well let’s just say that it’s not the easiest or safest job on the world. A lot can go wrong, so the people from Red Bull and Kitzbuhel ski resort took some serious precautions. 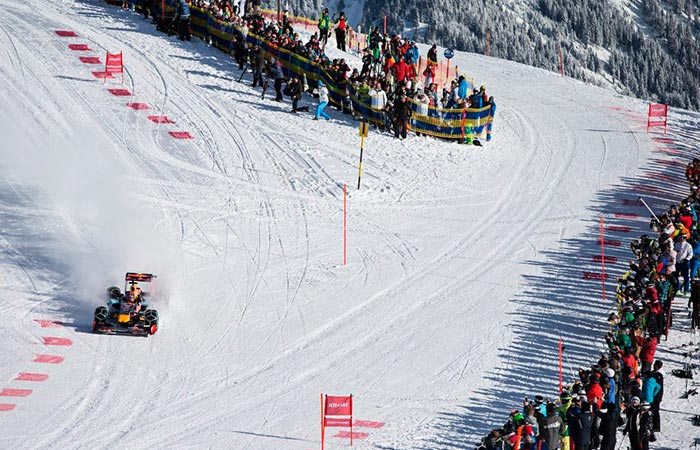 Max Verstappen did an amazing job considering that he’s never driven on snow before.

Of course, the most important question was “how to get a good enough grip on this surface?” The answer was one word – chains. Besides that, the Red Bull team had to prepare the car for the winter conditions. That was not an easy task since the car was in Australia before it came to this snowy mountain. They brought the 800-hp RWD Red Bull RB7 model using a helicopter, remapped the engine in order to improve throttle control, chained up the wheels and Max Verstappen was ready to go. 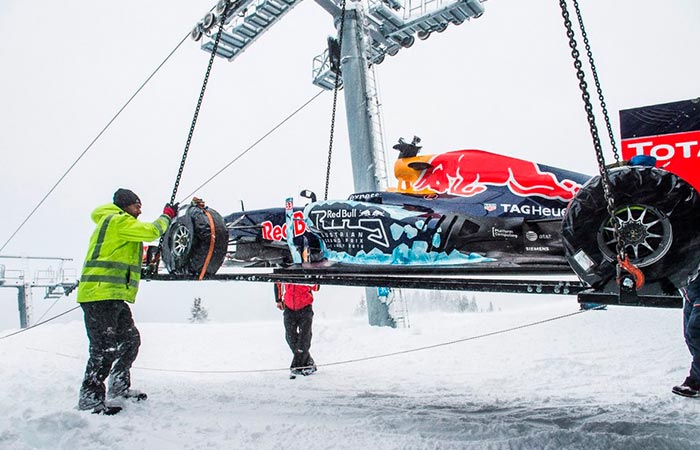 The F1 car was brought on track with a help of a helicopter. 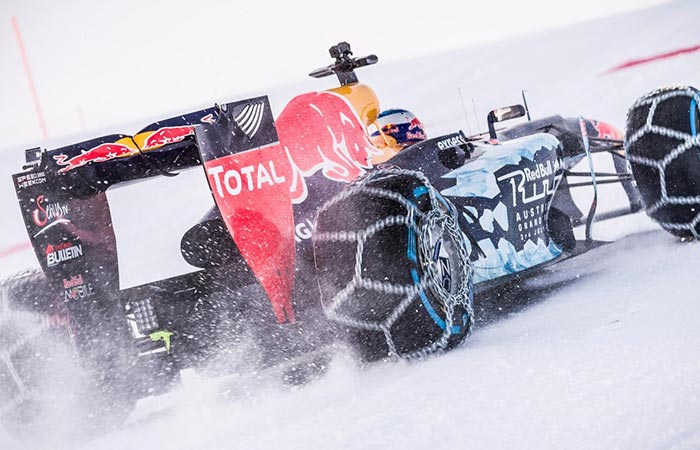 The Formula 1 driver faced this very tricky challenge head-on and conquered the snowy slopes of Kitzbuhel. At the end of the day, 3,500 spectators were delighted to see a Formula 1 car racing across the legendary ski resort in the Austrian Central Alps. 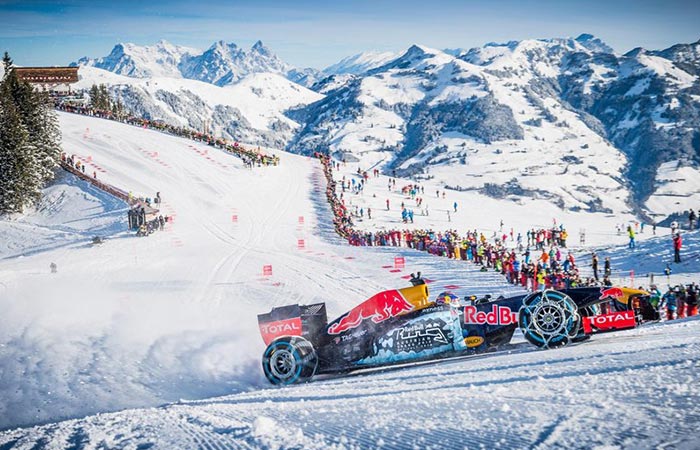 See how the whole stunt in Kitzbuhel, Austra went down here.