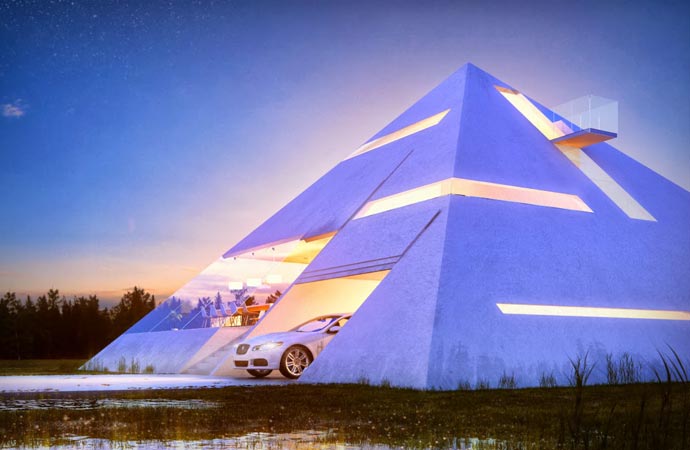 The future of residential architecture could just lie in an amalgamation of ancient construction typology and cutting edge design as seen in Pyramid House, conceived by the Mexican architect Juan Carlos Ramos. This is a conceptual home at its best, with simple yet striking aesthetic which Ramos designed for an architecture competition. During the design process, he has been heavily relying on architectural visualization which uses 3D renderings and animations to get as close to reality as possible.

The triangular form used in designing this house is rarely applied, but the iconic shape and huge multiple windows actually allow a lot of natural light into this multi-level house. Regardless of its unorthodoxness, Pyramid House is surprisingly practical and spacious – it has two bedrooms, a living room, a dining area, bathrooms, a library (sitting on ‘the top’ of the pyramid), a balcony supported by  cantilevers, a recording studio, and a garage. Due to its clever design, there are virtually no dark pockets in the house as the light penetrates almost all of its corners. 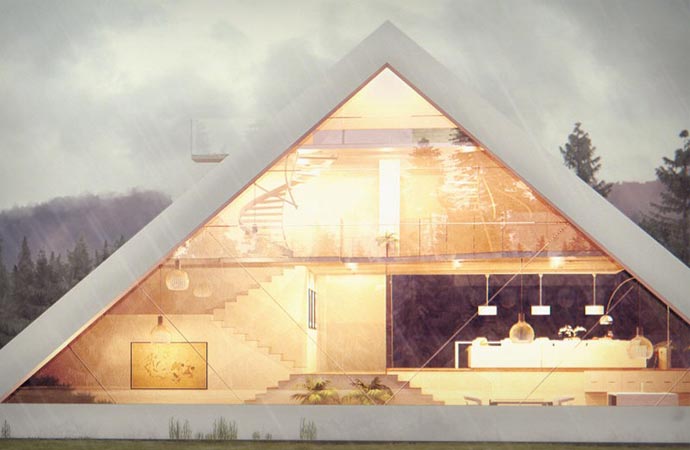 The spacing was of crucial importance in designing Pyramid House due to its non-conformant design and the fact that the house narrows as its builds up.  Ramos says that the nature, particularly Lake Zirahuen and Lake Los Azufres, near his hometown of Michoacán were the inspiration for the project.

“It is a very wet and rainy weather in forested area, my first thought was to make a cottage and it was when I found a kind of fissure in the history of architecture, there were formal precedents for a pyramidal housing. This is due to the ritual character of the pyramid, architecture character has been given since antiquity”, the architect adds. 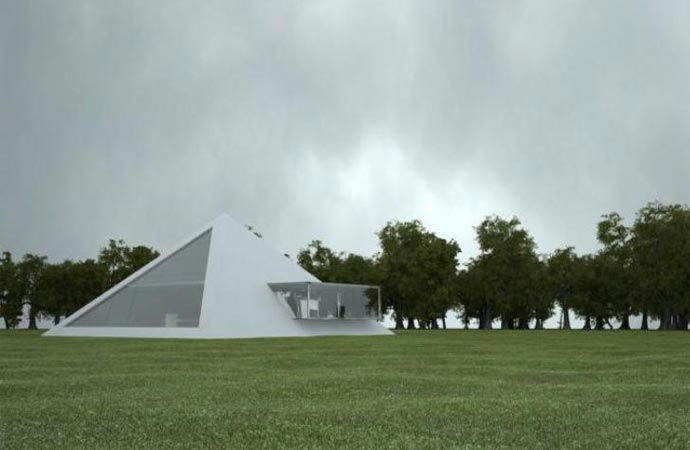 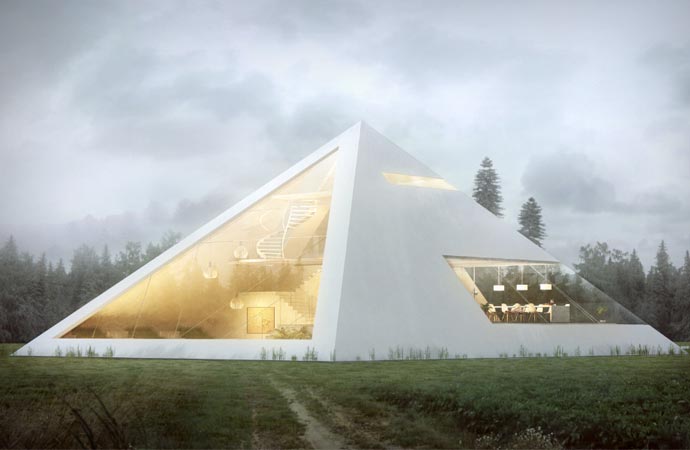 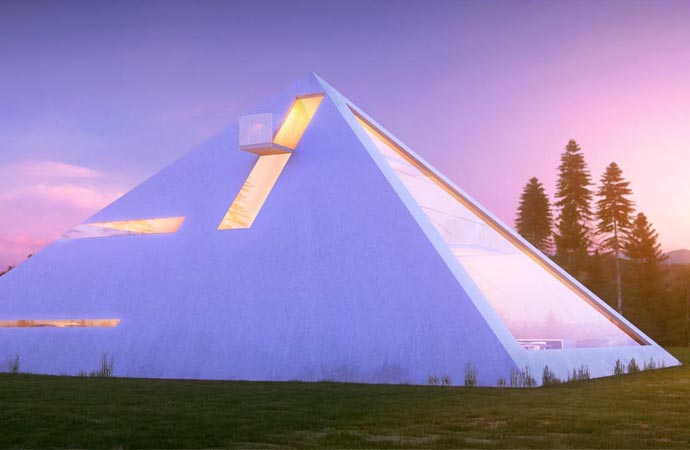