If you’re a fan of the film Pulp Fiction, you‘ll love these talking action figures! Beeline Creative is well known for creating great toys, and these are no exception. Teamed up with Miramax Films, the studio has created a series of Pulp Fiction Explicit Talking Figures. The figures are 13’’ tall and each of them is capable of reproducing memorable phrases from the film. Since Christmas is near, these will make a great present for Pulp Fiction lovers.

The most awesome thing about the Pulp Fiction Explicit Talking Figures is that each figure is based on one of the main characters in the film and it’s capable of reproducing the character’s exact phrases. The reason these are called explicit talking figures is that there’s quite a bit of explicit language, so these might not be the most suitable toys for toddlers. Each figure’s precisely modeled, with all the facial details, and custom-tailored clothing. The packages also include accessories specific for each character. 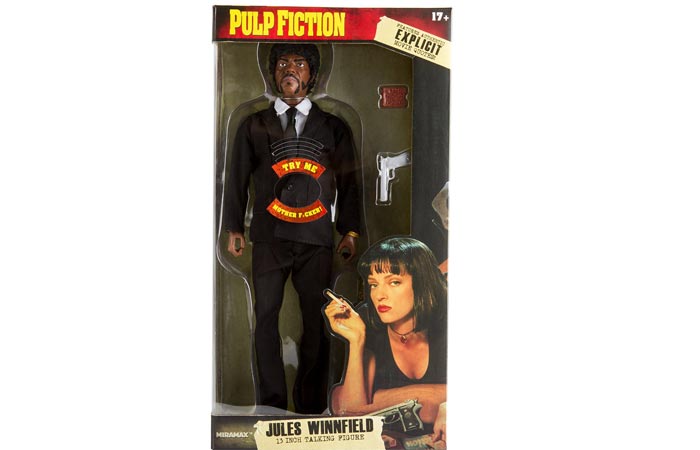 The Pulp Fiction Action Figures are very realistic and the box comes with additional accessories for each character.

You can choose from Jules Winnfield, Vincent Vega, and Jimmie Dimmick, while the Butch Coolidge figure will be available in April 2016. Each package looks modern and stylish and you can find some of the quotes the figure can say written on the back of the box. The figures are capable of repeating up to 12 iconic Pulp fiction quotes. They’re quite stable so they can stand on their own, and all the details are precisely set so the accessories can fit perfectly into their hands. 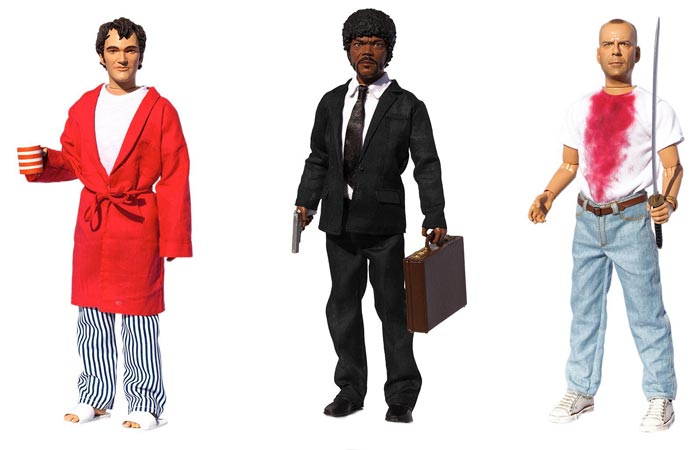 These Explicit Talking Figures are capable of reproducing popular phrases from the film Pulp Fiction.

Besides being amazing collectible items, the Pulp Fiction Explicit Talking Figures can really get called to action. Take them out of their boxes, gear them up, turn the talking mode on and have some fun with them! These figures have 14 points of articulation, and what’s really cool, you can use them to re-create some of the scenes from the film!

With these 13” inch action figures you can re-create famous scenes from the film, and they’re also great collector’s items.