Land Rovers are iconic vehicles; they tell tales of adventure, power, and journeys into seemingly insurmountable landscapes. The off-road vehicle of choice for many explorers, Land Rover just always seemed to deliver. So, when we see a customization, we applaud, because it is not easy to improve on something that was already epic. Introducing the Project Kahn Land Rover Defender.

The Kahn Defender was given a new paint job along with a variety of other modifications that truly makes it a stunning off-road vehicle. 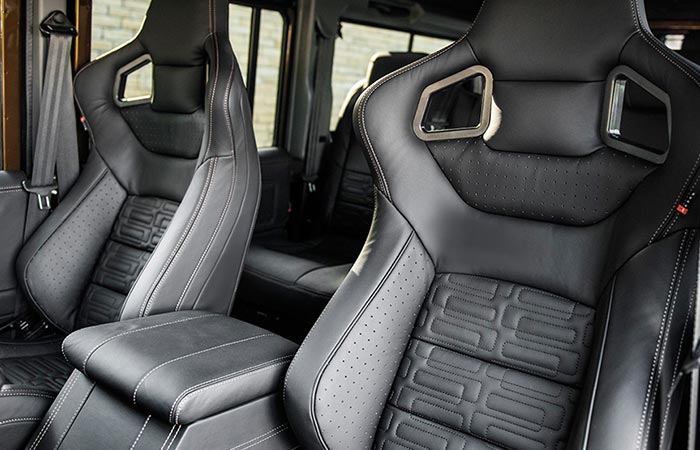 The Kahn Defender features GTB sports seats in the front.

At first glance, it is difficult to miss the complete color change that was provided with Kahn’s signature Cromax paint finish. The color chosen for this particular Defender is Volcanic Rock Satin, which is stunningly contrasted by its dark red leather interior. In addition to this, the Kahn Defender has been outfitted with new front and rear bumpers, an X-Lander front grille, a 2” suspension lift kit, and larger Renegade tyres. 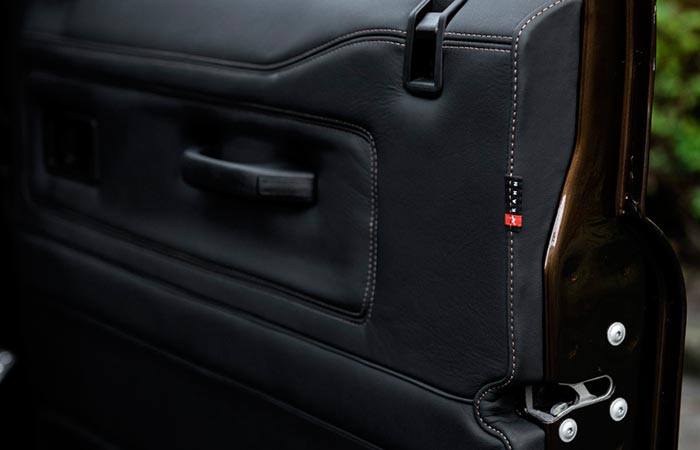 The entire interior has been outfitted with leather, to contrast against the Volcanic Rock Satin exterior color scheme.

The Kahn Defender has also been given a new lighting scheme. This includes LED roof lights, Crystal Clear LED indicator lights, LED side lights, and even LED rear stop lights. It also features Shadow Chrome headlamps. The interior has also been overhauled, which includes front sports GTB seats, a center glovebox in quilted and perforated leather, as well as an instrument binnacle in leather.

This Defender is powered by a 2.2 TDCI engine that pushes out 122 bhp. 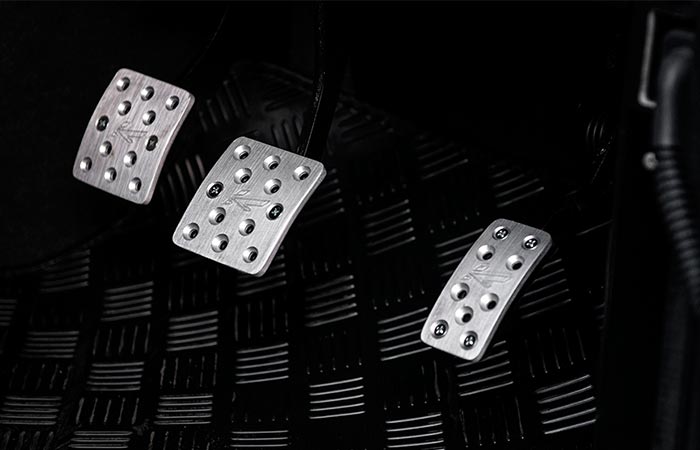 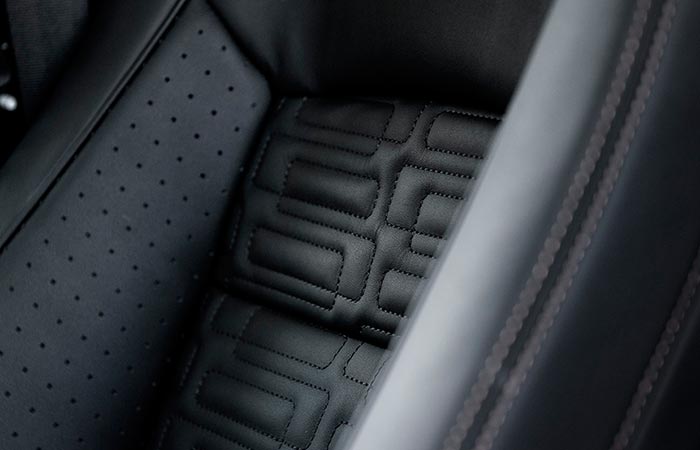 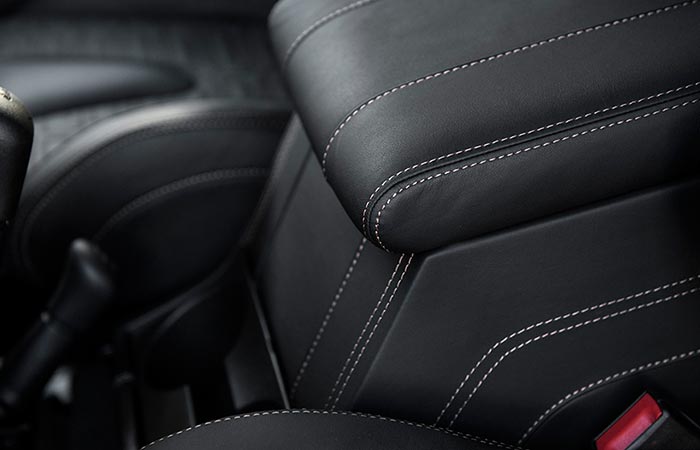 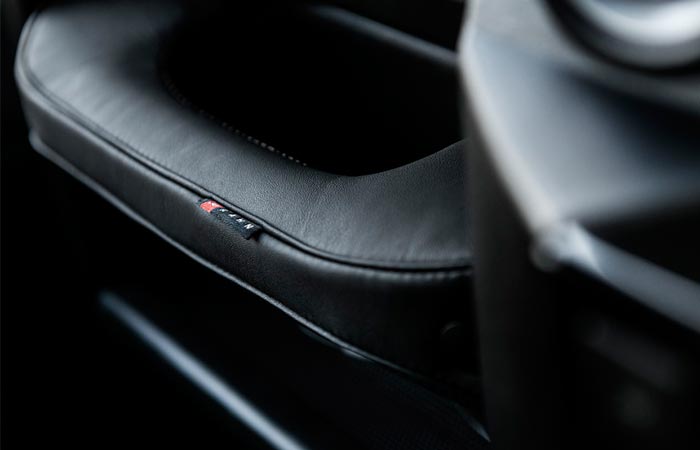