Polaroid is still working hard to keep the idea of instant cameras alive and they are doing a fine job, to be completely honest. We were thrilled when we got a chance to take a look at the Polaroid Zip, and other interesting Polaroid products, a while ago, and now this printing technology has found its place in a newly announced model called Polaroid Snap. This camera is a point-and-shoot digital camera which offers the option to instantly print out the photo you just took, which is a feature we all enjoyed back in the day when Polaroid dominated the instant camera market.

Design and Specs of the Polaroid Snap 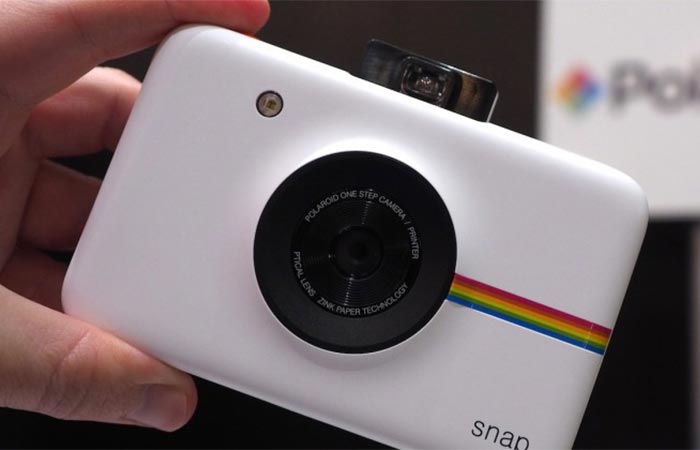 Although it doesn’t appear as one, Snap is a fully digital instant camera

Despite the fact that a couple of features of Snap’s retro appearance make it seem like an analogue camera, this is a fully digital 10 megapixel instant camera. It may seem confusing to some due to the lack of an LCD viewfinder for framing and the use of an optical one, but we deem this move by Polaroid a masterful one because it really makes the camera look like a device from the end of the 20th century. Some might take issue with this decision, but cramming an LCD viewfinder would make the entire camera a lot bulkier and using an optical one isn’t that much of a hassle. 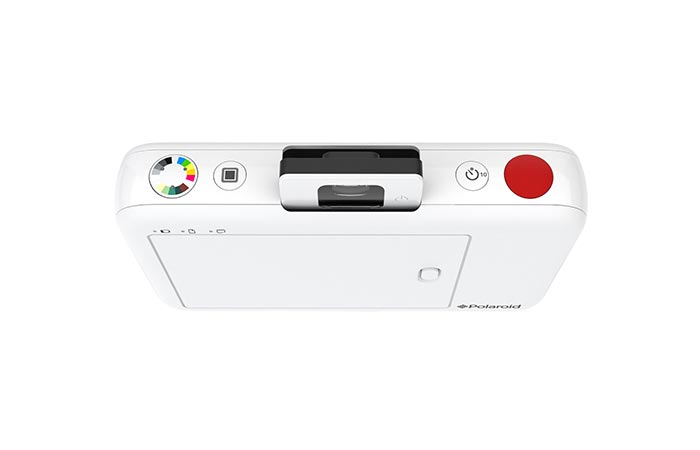 Snap offers three shooting modes: black and white, color, and vintage, in case you’d like to add that recognizable Polaroid frame to your photo. There is a button dedicated to a Photo Booth mode, which snaps 6 photos within 10 seconds so you can make a series of funny photos with someone. To make things even better, Polaroid will offer Snap in four color variations: white, black, blue and red. 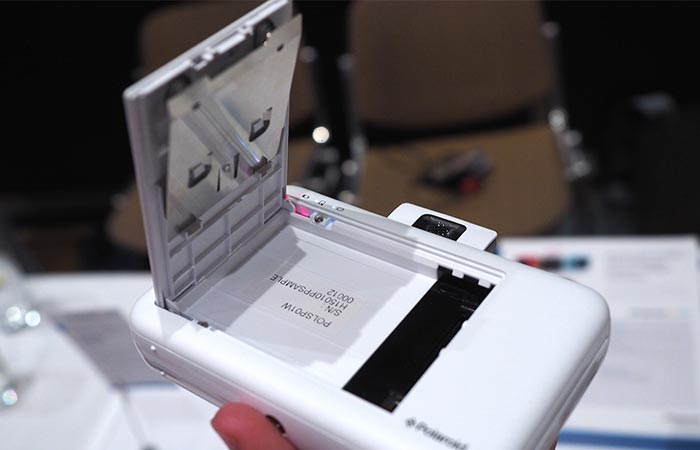 Like we already mentioned, Snap will make excellent use of the technology used in the making of the Zip. This means that the ZINK ink-less printer inside of Snap will need special ZINK photo paper in order to apply heat to it and expose the embedded color dye crystals which will result in a 2 x 3″ photo of perfect clarity and quality. There is one difference between Snap and the rest of Polaroid’s digital cameras; Snap also has the option of storing your photos onto a MicroSD card so you can share or edit them later on, if you’d like to. This is a great feature, especially because cameras like these rarely offer any type of connectivity to other devices at all. 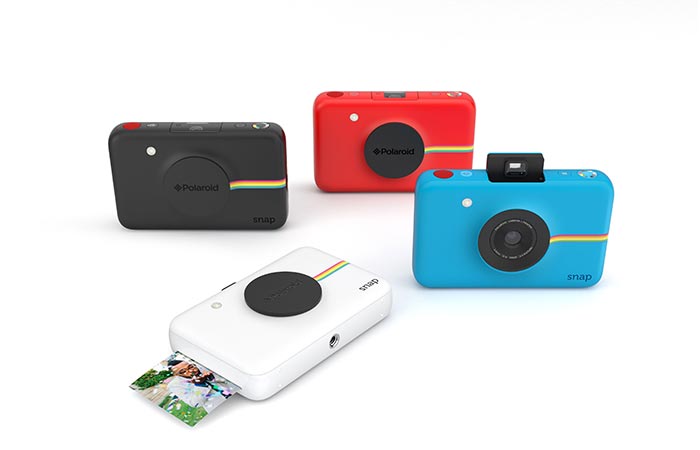 Polaroid Snap will be available in these four colors

Polaroid Snap will be released later in 2015 and will be priced at $99, which is an amazing deal for a camera of this type. Apart from being very well-designed and featuring a simple to use interface, the camera will be affordable to all who are interested in purchasing one. [via]