It doesn’t matter if you’re 10 years old, or 50, being a man means that you still get to play with awesome toys. They just tend to be a bit more expensive. This goes for anything from boats, luxury cars, and yes, even mini cannons. Now, better than ever, we are proud to introduce the .30 Mini Cannon by Pocket Cannon.

If you were thinking that these are only for show, you are sorely mistaken. These mini cannons are the real deal, and pack a mighty punch for their small size.

Each of these mini cannons fire 30 caliber rounds. This is a 5/16” steel ball, which is also known as slingshot ammo. These cannons are loaded with black powder, the ball then inserted, and then packed down with a ramrod. It’s not only cool, but it gives you a feel of authenticity as well. Don’t miss out on the awesome video below. 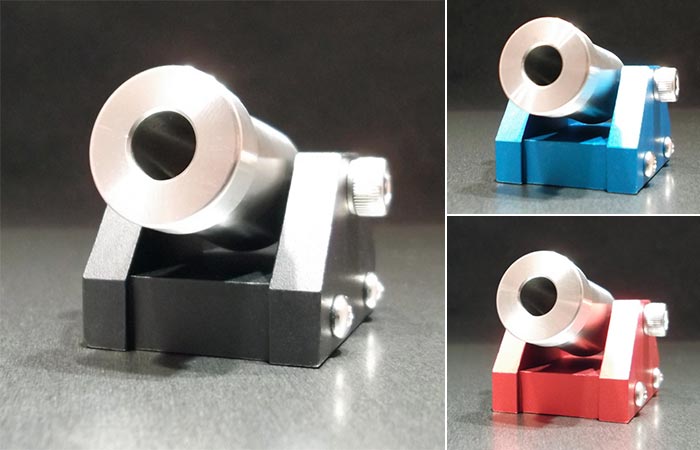 Each of these mini cannons fire a 5/16″ steel ball that is blasted with enough force to shatter glass.

The cannon uses any firework fuse to get it blasted away. They also feature two knobs to adjust the barrel up and down so that you can hit your target with pinpoint accuracy. In addition, these cannons were designed to work in exactly the same way as the antiquated cannons that were used in Napoleon’s time and the mortars used in the American Civil War.

Each cannon features an aluminum carriage and a solid stainless steel barrel. They also come with 3 steel balls to shoot, or display when not in use. [via]