Parrot, usually known for their immaculate headphones, has branched out once again to bring us something completely unique, the Parrot Disco FPV Drone.

Technically speaking, the Parrot Disco isn’t a drone but rather, a ‘smart flying wing’ that can reach speeds of up to 80km/h (50 mph). But that isn’t what makes it exceptional. 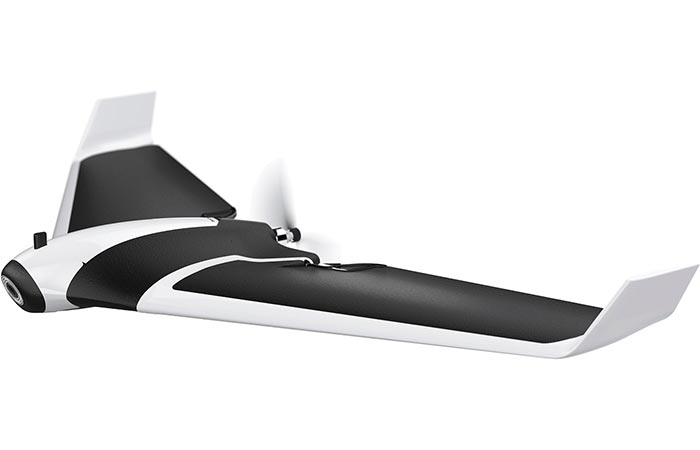 The drone itself is constructed out of light carbon and EPP that gives it a surprising low weight. It also features a built-in full HD 1080p camera that has a 90-degree FOV.

What makes the Parrot Disco unique, is the fact that it combines the latest flying techonologies and merges it with immersive VR. They managed to do this by building a 1080p Full HD camera into the front of the Disco that’s stabilized on the 3 axes.

That combined with the Parrot Disco COCKPITGLASSES gives you an immersive flying sensation like no other. Check out the video below. 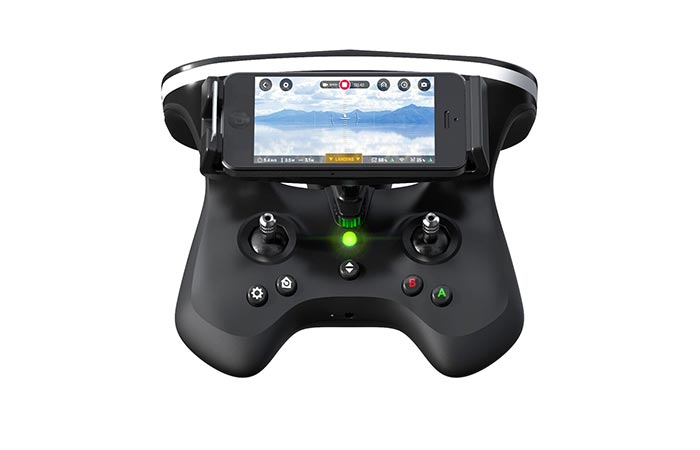 The SkyController 2 remote control allows you to mount your smartphone to it so that you can see exactly what the drone sees.

The COCKPITGLASSES works by using your smartphone and the FreeFlight Pro application. Simply place your smartphone in the goggles and you’ll be soaring through the air in no time.

The drone itself is constructed out of light carbon and EPP (expanded polypropylene) that gives it an exceptionally lightweight design that can be maneuvered in the most fantastic ways. From gliding to diving to doing barrel rolls, you’ll be sitting in the front seat. 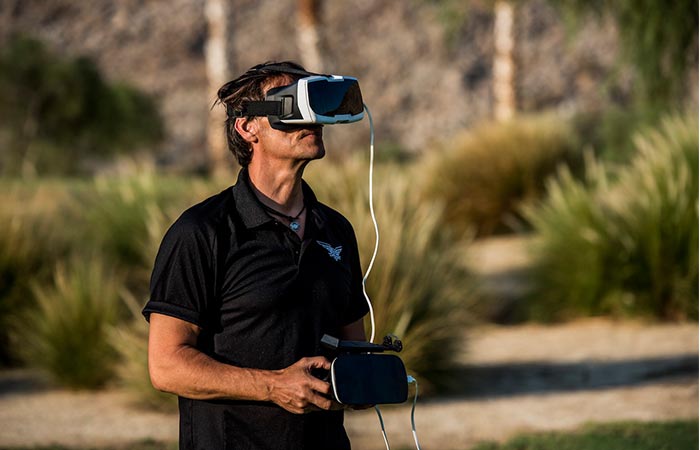 For the most immersive experience, simply place your smartphone into the Parrot COCKPITGLASSES and you’ll be flying through the air, just as your drone does.

The Parrot Disco can be controlled with either your smartphone or the included Parrot SkyController 2 remote control. It also has a range of 2 km (1.24 miles), features an on-board 32GB memory so that you can record all your flights, and has a battery life of 45 minutes. 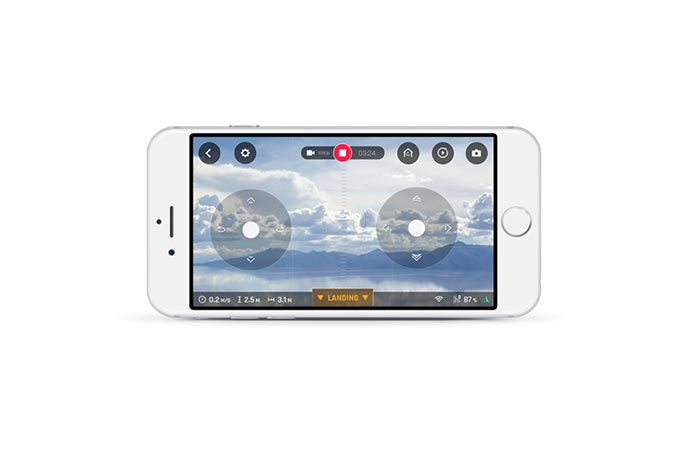 The Parrot FreeFlight application allows you to control the drone right from your smartphone, if you wish.

It also includes an ultrasound sensor, an altimeter, optical flow camera and an airspeed sensor. As well as, GPS and GLONASS positioning systems.