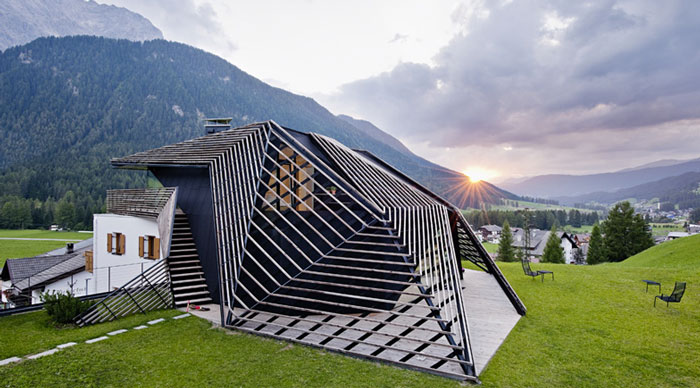 This unusually looking apartment building in the South Tyrol village called Sesto, Italy, near the Austrian border surely stands apart from the rest of the area. The Architects from Plasma Studio designed Paramount Alma Residence adorned with a slated form that seems to creep on the building.

The architects needed to create a new circulation space, but also an addition that was to serve as a family home. The ‘angular crown’ that was created covers the top part of the building, but also connects with the ground floor reception. The crown is made of larch wood, similar to the construction Plasma Studio used for Strata Hotel, which they designed in the same area. The covering structure ‘grows’ from the ground of the hillside, encompassing the roof and descending further down, making the entire thing seem alive and moving, even though all parts of the house are stationary. 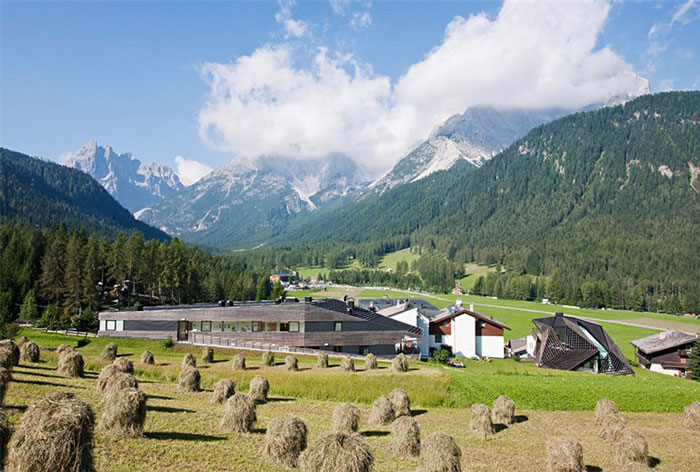 The new addition to the Alma Residence has two levels, the lower of which is added directly to the top of the existing structure being high up on one side, but opening to a garden on the other, due to the fact that the terrain is sloping, providing great views and privacy on one side, but also offering a garden and easy access on the other.

The interior features a corridor leading to the bedrooms. The corridor has loads of natural light that comes from the large glass gap-like construction that goes over the building providing a wonderful view of the sky. The upper part houses an open living room, dining room and kitchen, but also an elevated balcony with wonderful views of the stunning mountain area also visible from the outside spaces sheltered by the construction.

The levels of the addition are connected through two different staircases, one on the outside, and another on the inside. Despite being clearly different from the rest of the natural area, Alma Residence’ construction respects the nature around it, seemingly emerging from it, but also providing amazing 360-degree views. 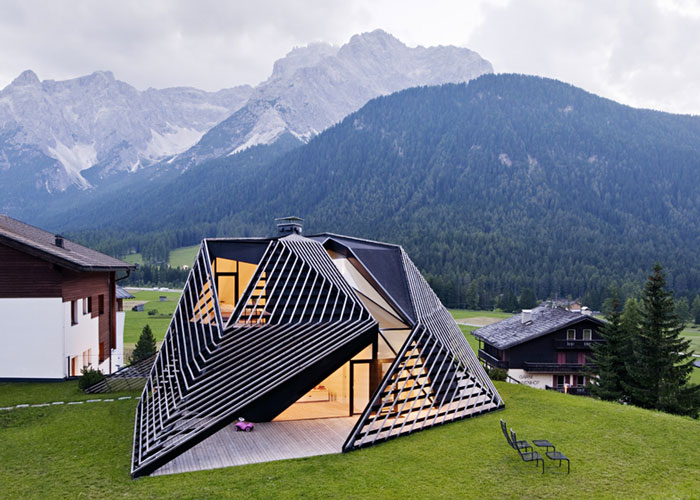 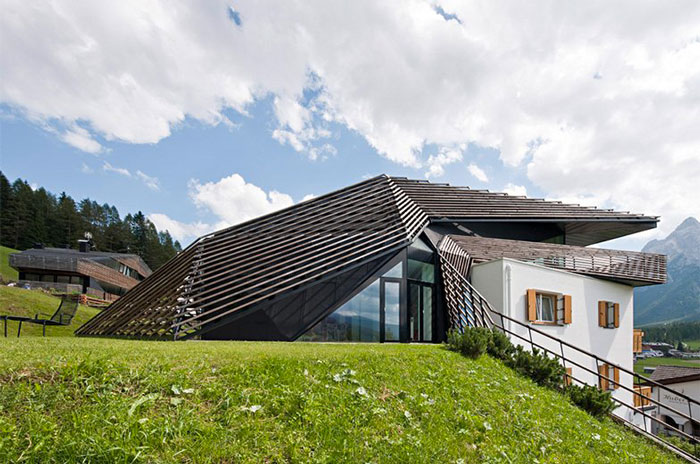 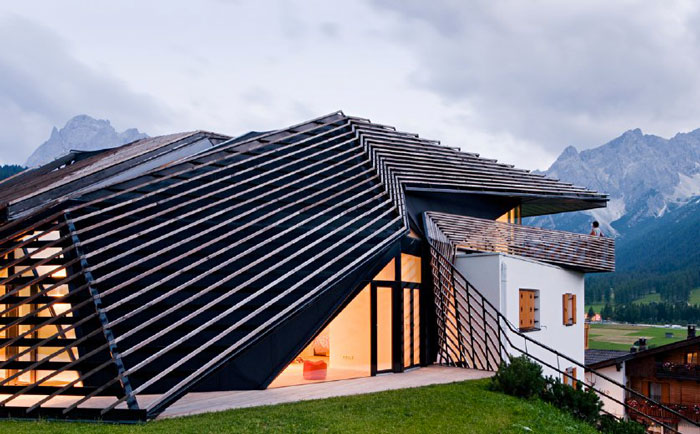 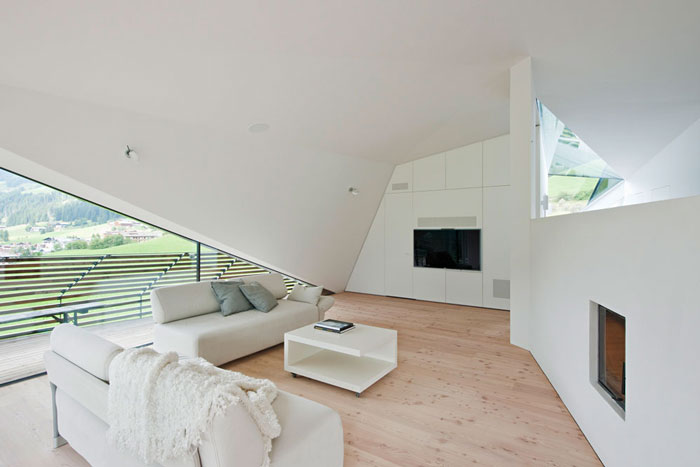 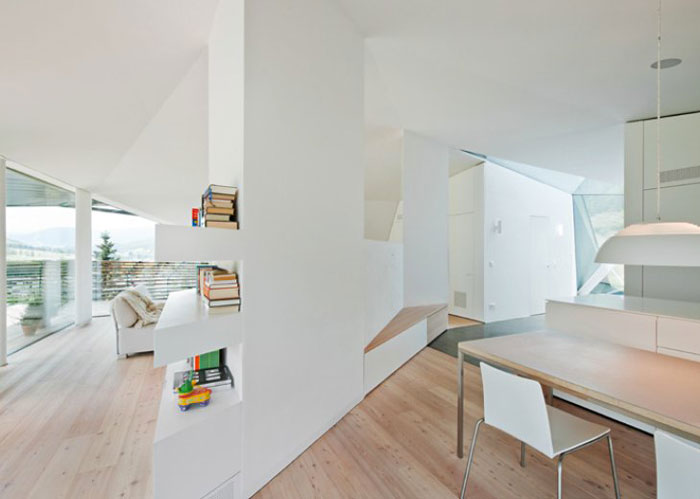 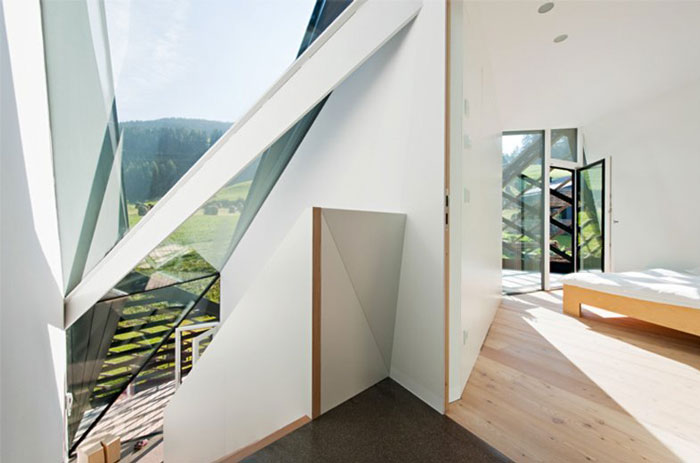 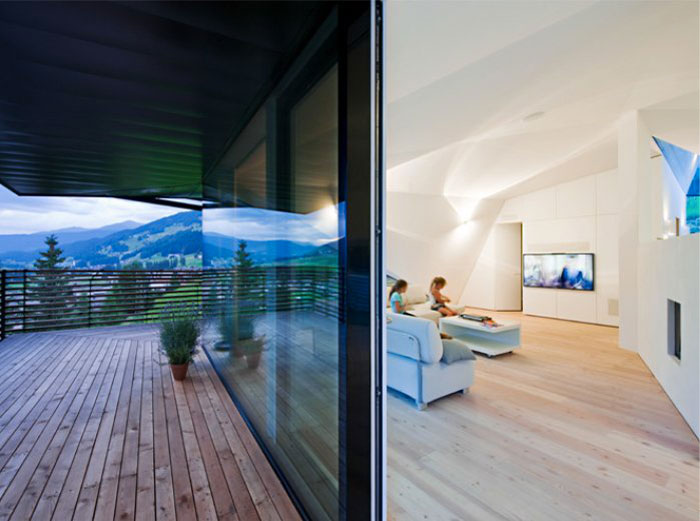 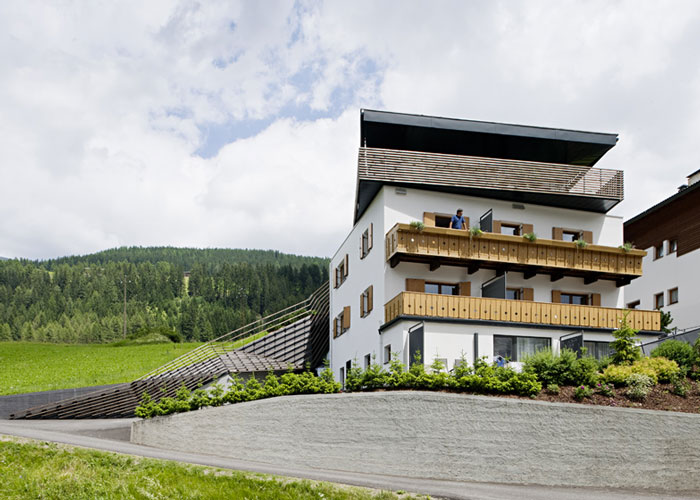 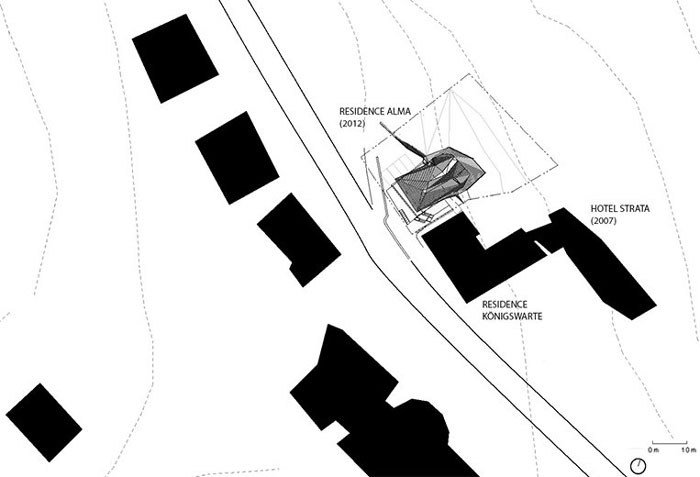 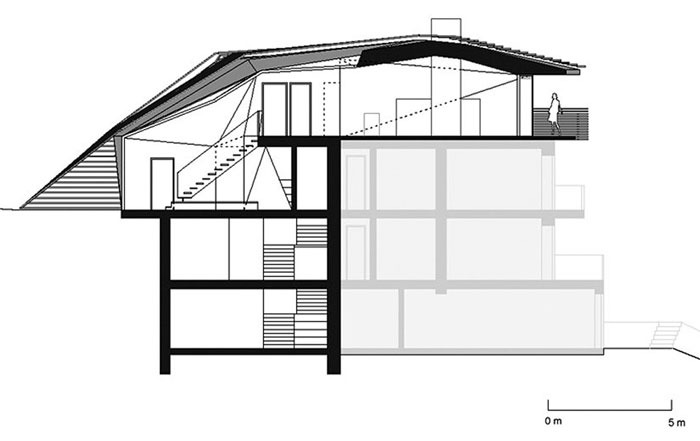