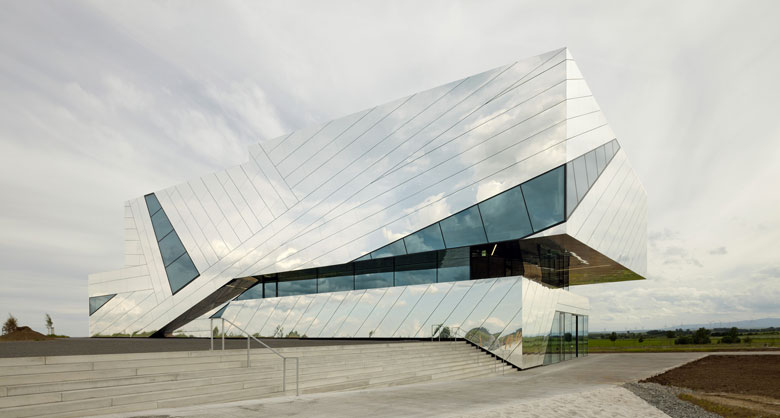 The architects from Zurich and Berlin based firm Holzer Kobler Architecturen have created the new PALÄON Research and Experience Centre in Schoningen, Germany. The building in the hilly environment has its distinctive look that clearly separates it from the surrounding area, but still fits the background perfectly. This is so mainly due to the fact that the outer skin of the centre reflects the environment.

This reflective feature enables the building to merge with the environment and change according to the lighting on a particular day, or simple movement of the clouds above it. However, the construction is everything but natural in its shape and the materials used.

The architects themselves called it a ‘hyperrealistic abstraction’ of the terrain that ‘mediates between manmade and natural landscape’ both of which are clearly different and distinctive. Even though some angles of observation will make the building seem completely immerged into the surroundings, the sharp cuts of the façade make it impossible not to notice. 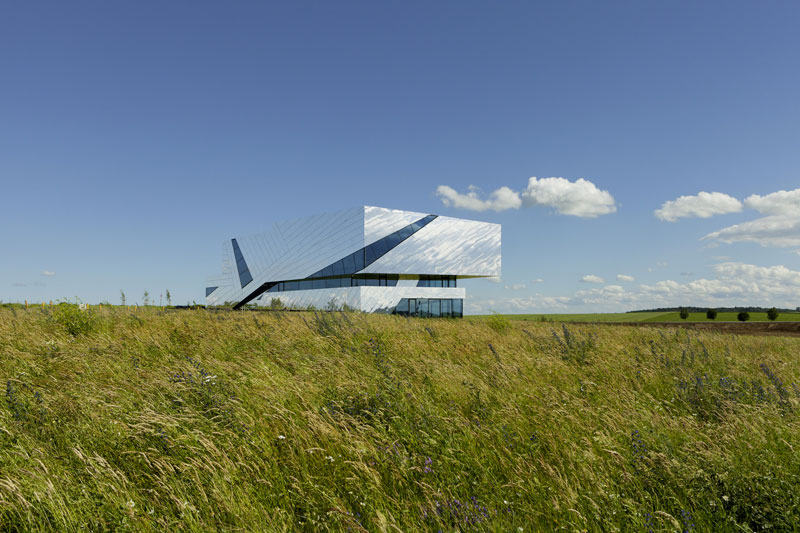 The PALÄON Research and Experience Centre is the home of the oldest preserved hunting weapons in the world – Schöningen Spears that are 300,000 years old. The reason why the building is partly put into the ground is that it was intended to replicate the spears excavated at the site. Even the windows of the Centre resemble the shape of the spears.

The interior serves the same purpose. The objects presented are all placed in a way that they are reminiscent of excavation sites, making the viewers have the feeling of watching the objects that are still in the ground.

The part that is called ‘adventure research’ or ‘experience exhibition’ makes it possible for the visitors to see the place where the archeologists work and thus ‘participate’ in the very process of excavation and discovery.

The PALÄON Centre is the place that clearly respects the objects it is there to house, as well as the surrounding area, but still bravely showcasing its own bold features that make it clearly stand out even in the area it reflects. 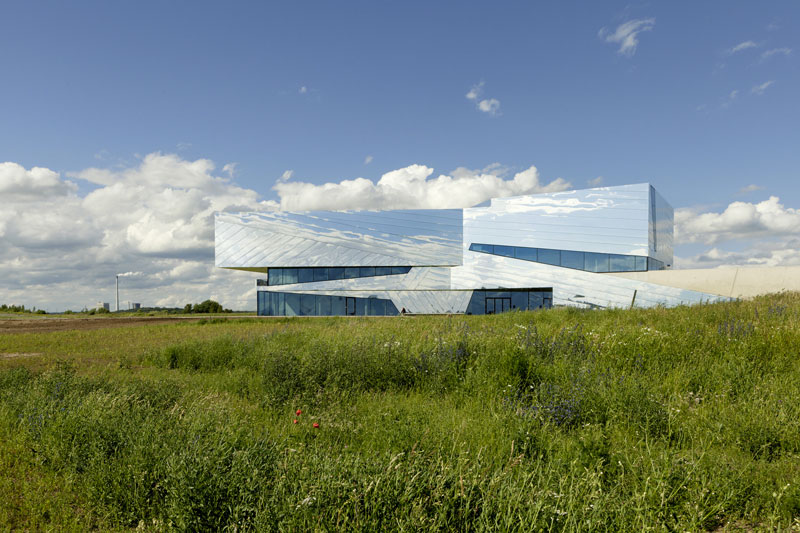 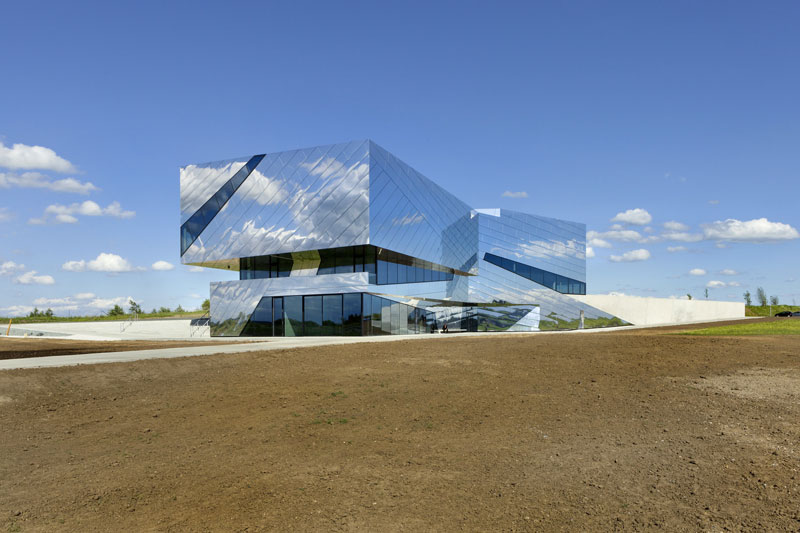 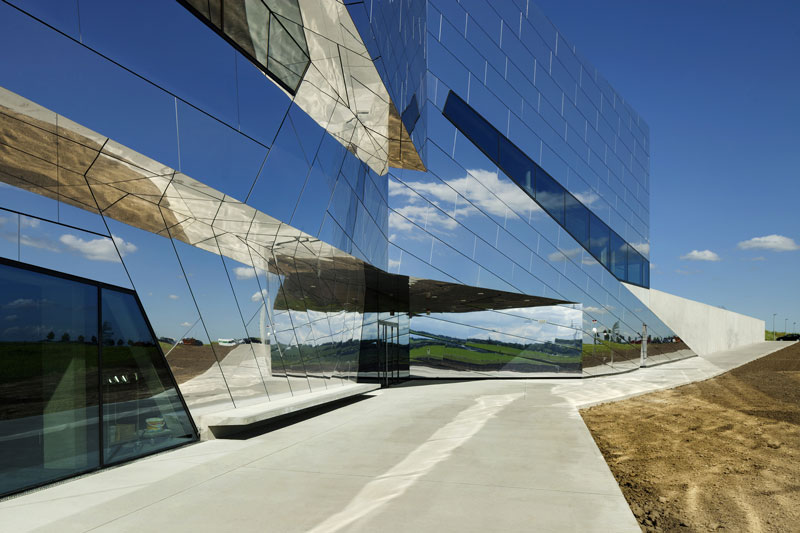 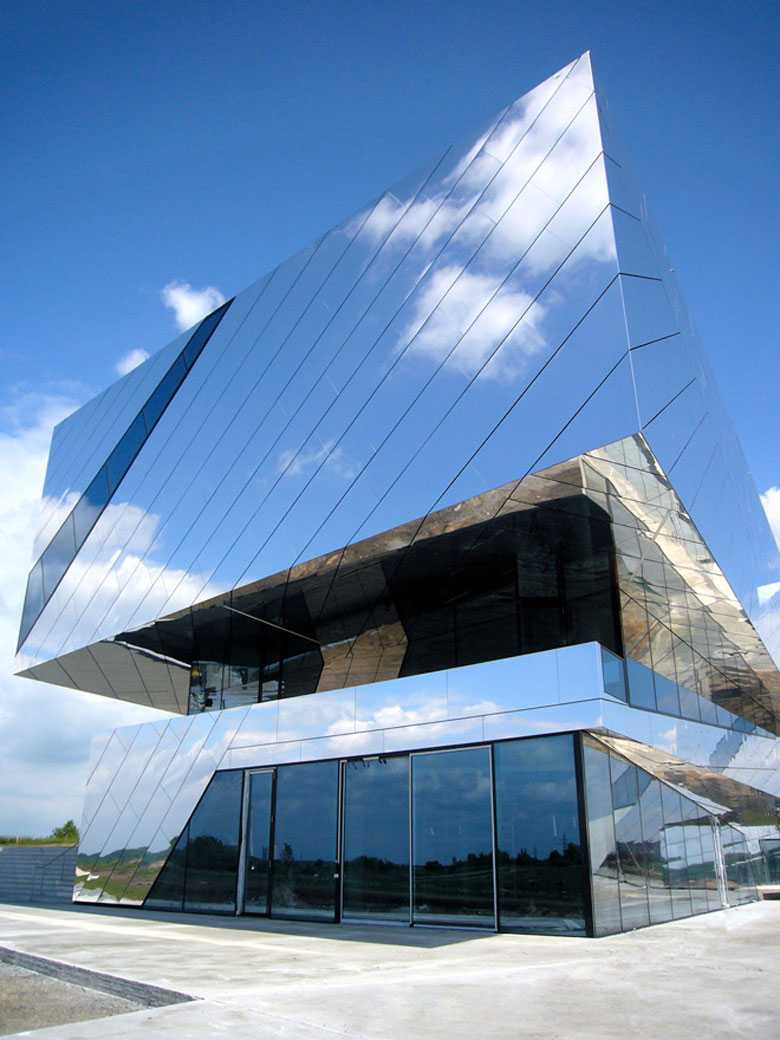 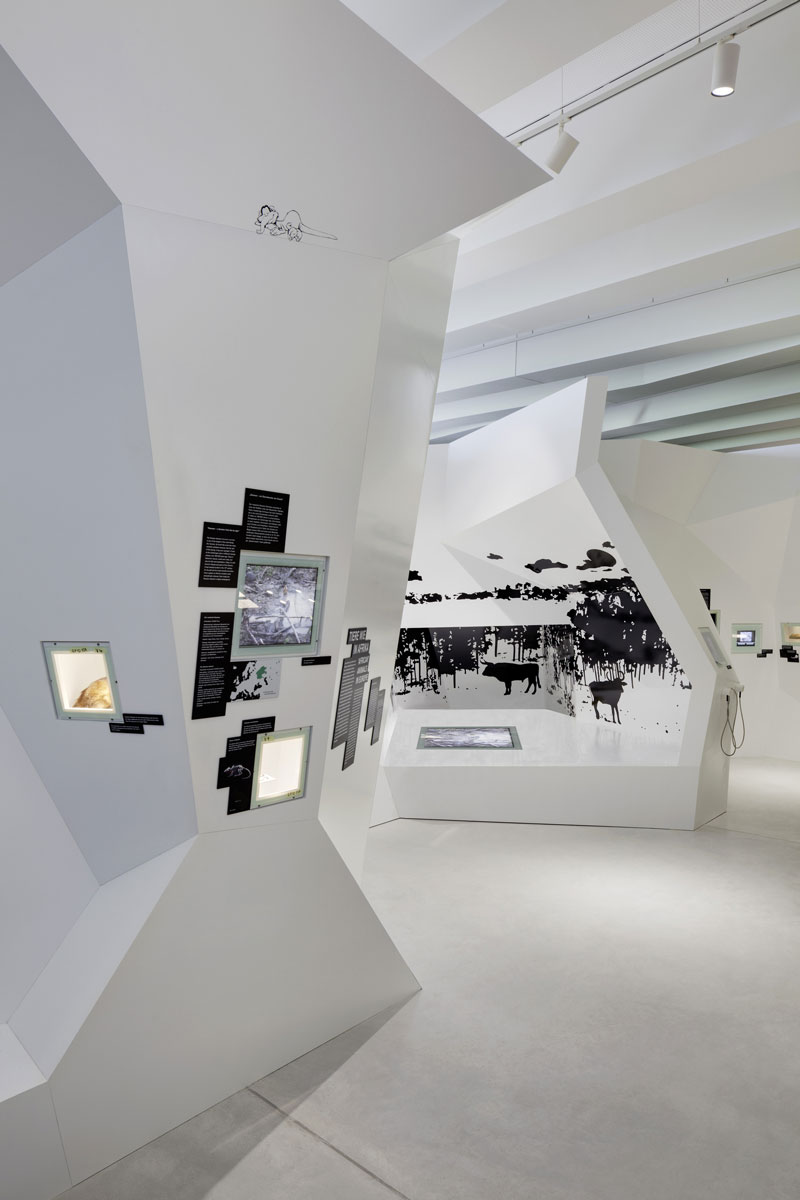 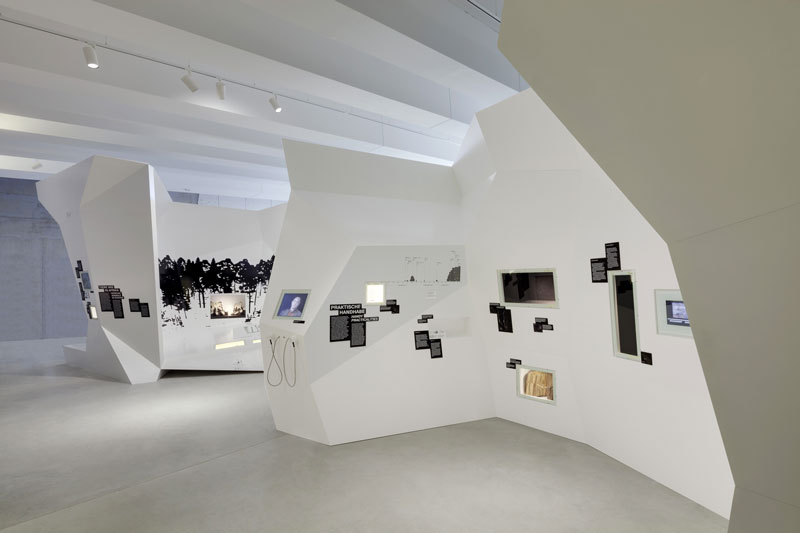