Opel has announced that they will reveal their new GT concept in Geneva, Switzerland this year. This modern-looking car is definitely inspired by the legendary Vauxhall XVR made in 1966. This new futuristic sports car will have a rear-wheel-drive layout and a very light construction that will allow better racing performance.

Since this is a true sports car, the cabin is stripped to its bare essentials. With this model Opel wants to achieve that youthful and modern look they’ve been seeking for a long time. The car is powered by the turbocharged 1.0-liter three-cylinder engine located at the front of the vehicle. This engine can produce up to 145 horsepower and 151 lb-ft torque and the top speed is estimated to be 130 mph(209km/h). When it comes to acceleration, this car can reach 62 mph(100km/h) in less than 8.0 seconds. 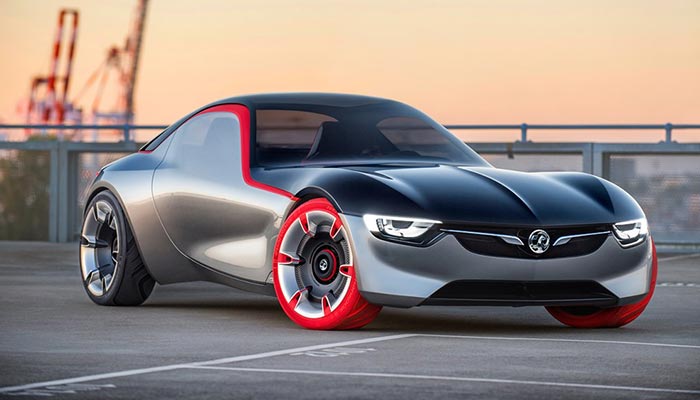 This new GT concept will be revealed in Geneva, Switzerland this year. [source] 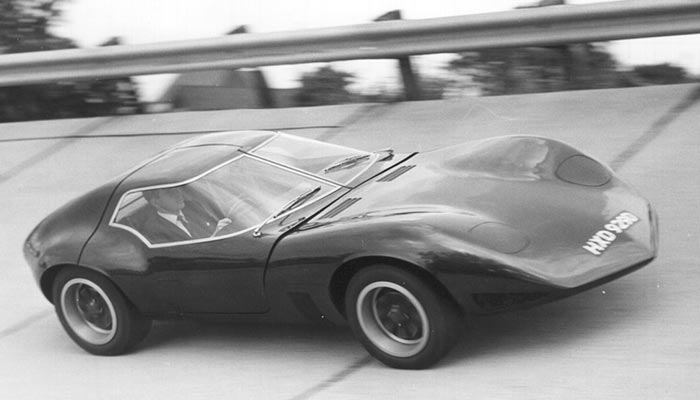 This new sports car was inspired by the legendary Vauxhall built in 1966. [source]

These specification regarding power and speed are certainly not that impressive, but they’re quite enough for someone who want’s a good looking sports car and doesn’t plan on entering a race with it. This Opel also has a six-speed sequential gearbox. The exact weight is just 2200 pounds(998kg). It may not have an extremely powerful engine, but this lightweight car will get you anywhere quickly and with style. 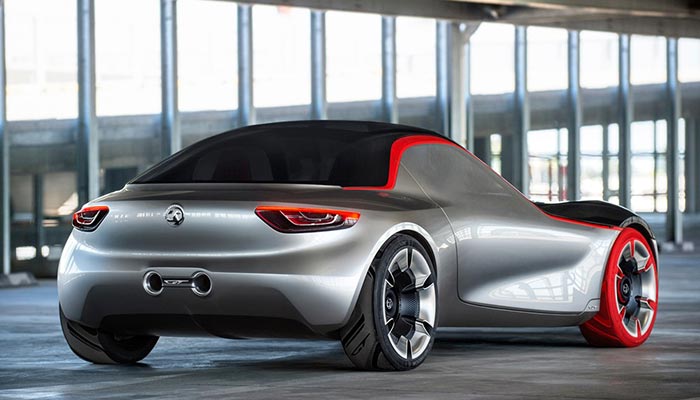 This car has a very modern and futuristic design that features LED headlights. [source]

Regarding the exterior look and design, this car looks like something from a sci-fi movie. Windows are completely blended with the doors and you can’t see where the glass ends and door begins. This design gives the car a futuristic appeal. Since we’re talking about modern features, it has to be mentioned that this GT concept has a headlight system that uses LED technology. This system allows the driver to keep his high beams on at all times and the inbuilt camera will detect other vehicles and block out part of the light path in order prevent other drivers being blinded. 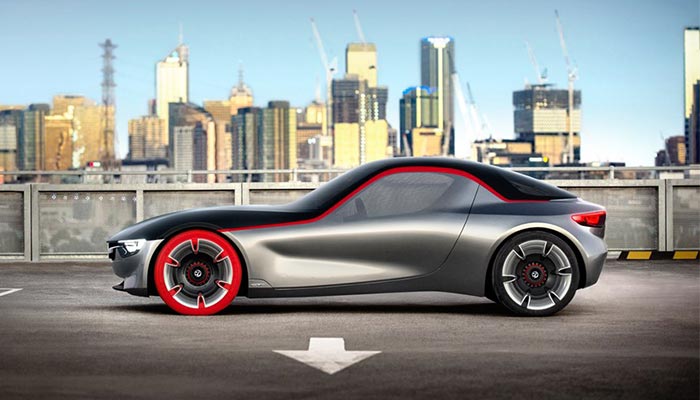 Opel GT features a 1.0-liter three-cylinder engine that can produce up to 145 horsepower. [source]

Unfortunately, there is no information that might tell us when will this car officially hit the market, but the one thing we do know is that Opel is going to reveal this new GT concept on March 1st this year. 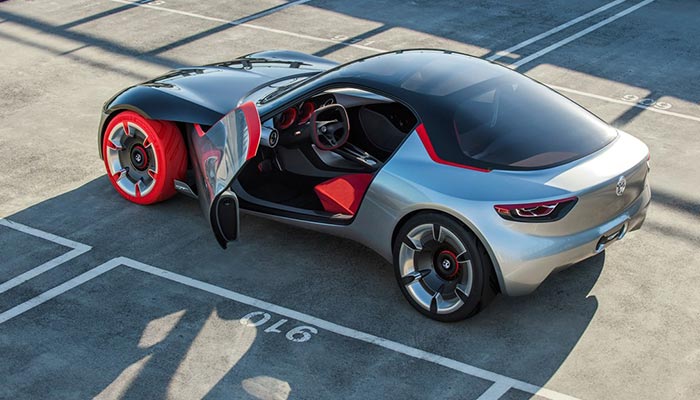