Om/One is the name of the world’s first levitating Bluetooth speaker. It is really hard to be noticed in the Bluetooth speaker market, since it is overwhelming with all kinds of products, both good and bad ones. However, this team of world class audio engineers and designers has found a great way to make their product noticeable. They managed to do this by making something different.

Om/One looks like no speaker you have seen before, which is nothing unusual, because you do not get to see levitating objects quite often, but having this speaker means you will have one of those in your living space. It resembles the Death Star, but only in the jet black color, while the glacier white and disco ball variants look awesome, as well. The speaker orb measures 3.6 inches in diameter and weighs around 12 ounces and it floats 1.2 inches above the base.

This speaker is not all about the looks whatsoever. The audio designers gave their best to make the sound be another important perk of it and they surely succeeded. Its performance surely is above the competition. Also, they claim that the levitating helped them get more power from a weaker speaker, because of the unobstructed 360-degree surface area. 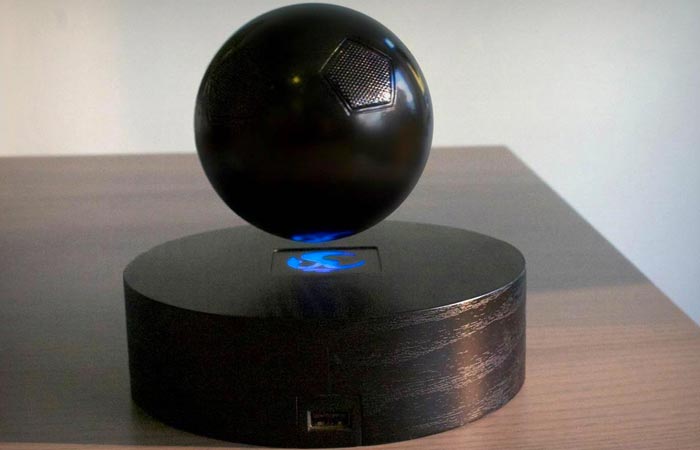 Om/One’s battery will last much longer than you probably expect. It uses less power than common Bluetooth speakers, so its rechargeable lithium-ion battery can provide about 15 hours of play at 70% volume. The speaker itself can be used on its own, since it is portable and made to fit your hand perfectly, but in order for it to levitate, the base must be plugged into a wall socket.

Om/One can be connected to your phone or other Bluetooth devices, play the music from music applications, while you can control the volume and change tracks from up to 33 feet away. It features a built-in microphone for making phone calls which can be answered with its on/off sensor, a 75 mm audio driver.  It is compatible with most devices, such as iPhone, iPad, iPod Touch, Android smartphones and tablets, Mac and PC computers.

This gravity-defying speaker can be a very elegant and unusual addition to your living room. Pairing the two of them and getting a real stereo experience could be a much better solution, because Om/One provides the great sound. watch the video below 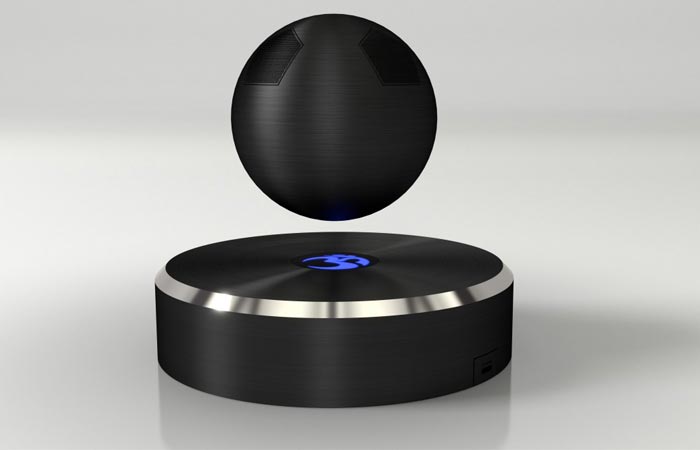 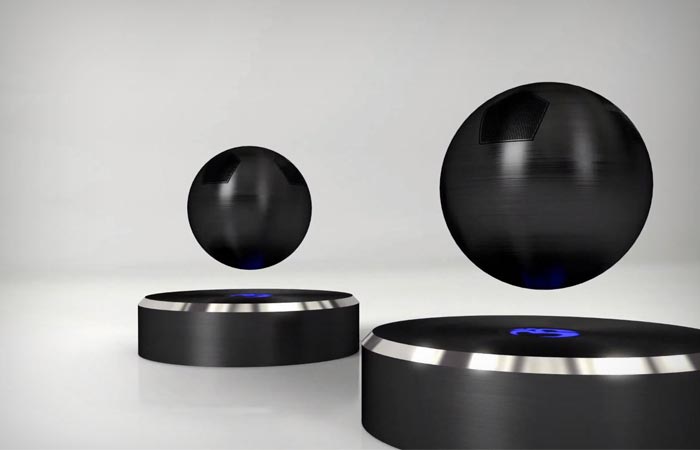