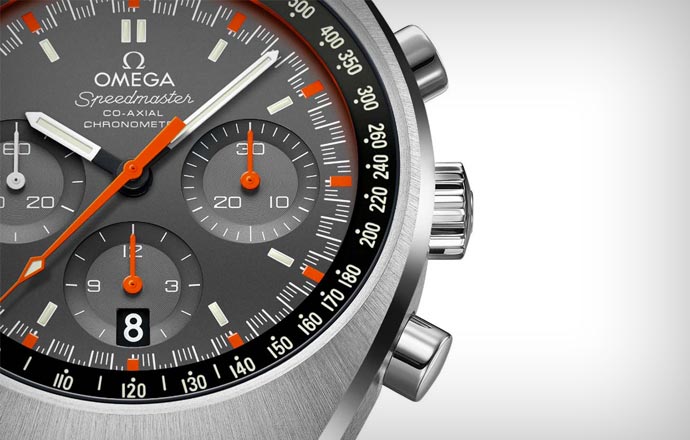 As a Baselworld 2014 pre release, Omega announced the return of the 1969 classic Speedmaster, the famous watch brand worn by U.S. astronauts on the first mission to the Moon. The new and improved version of the Moonwatch, Speedmaster Mark II 2014 will certainly make an enviable addition to a connoisseur’s watch collection.

Although it contains a modern automatic movement and enhanced materials, the updated Speedmaster Mark II will preserve the recognizable design of its precursor. Nevertheless, the manual-winding caliber 861 with 17 jewels that powered the original timepiece will be replaced in the reissued edition by a self-winding movement Co-Axial calibre 3330 with 31 jewels and 52 hour reserve. 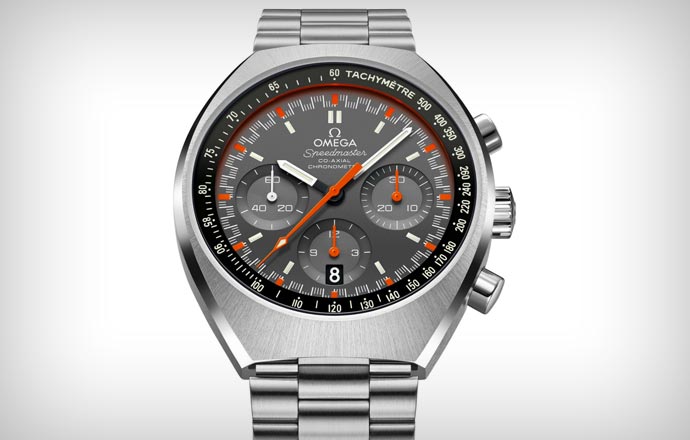 As the successful remake of the classic Moonwatch, the new Speedmaster Mark II features a tachymetric scale visible even in low light conditions which is bound to become the iconic trait of Omega’s Speedmaster watch series. The transparent tachymetric scale is illuminated from beneath by an orange or grey aluminum inner ring filled with SuperLumi-Nova pigments, which are also used as the varnish on white-and-black hour and minute hands.

The face of the watch displays three sub-dials, including a 30-minute recorder at three o’clock, a 12-hour dial at six o’clock and the dial running small seconds at 9 o’clock. The date window is displayed at six o’clock while the date corrector stands at 10 o’clock.

The mechanism is enclosed in a polished barrel-shaped 42.40 x 46.20mm case made of stainless steel with a finish evocative of the original 1969 timepiece. The watch is protected by a scratch-proof sapphire crystal and it will sit elegantly on your wrist on the matching brushed stainless steel screw-and-pin bracelet with Omega patented foldover rack-and-pusher clasp.

The updated Speedmaster Mark II is guaranteed as water resistant to 100 meters and it will be available with a four-year warranty in the stylish black-and-white monochromatic version underscored by green luminant, as well as a more colorful variant with a red/orange and grey dial resembling the vintage edition. [via]

Find the best deals on Omega watches at amazon 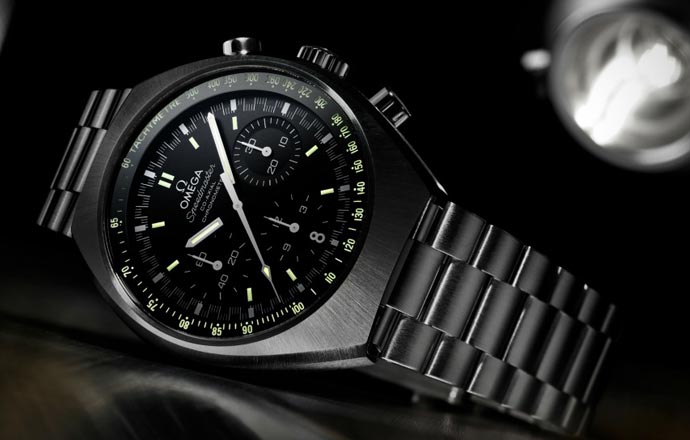 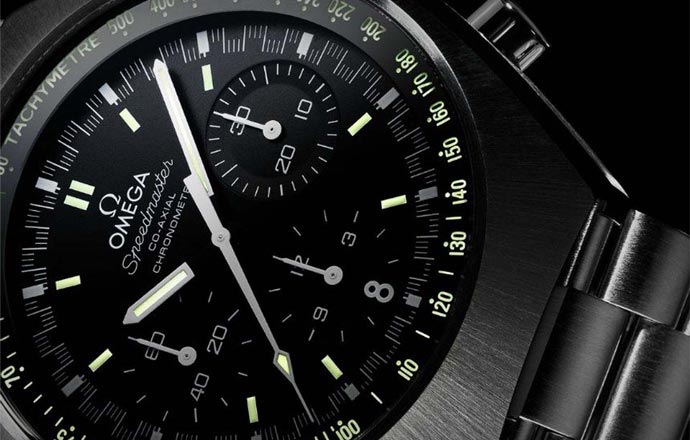