If you ever watched Vikings on History Channel or even Marvel’s superhero Thor, you know that Odin is one fierce bastard. In Norse mythology, Odin is one of the most complex gods. He’s associated with the use of magic, he’s a god of war and death as well as wisdom and poetry. Zoobells showed their respect to this old god by designing an Odin Kettlebell.

Zoobells is a US company with a passion towards fitness and exercise. They make high-quality kettlebells with interesting faces on them. Usually, the faces show animals, but this time they decided to go with a god. Odin Kettlebell has 63 pounds and besides it looking very cool, it’s extremely functional. It can be used for different movements, exercises and Crossfit as it keeps the balance of the traditional kettlebell. 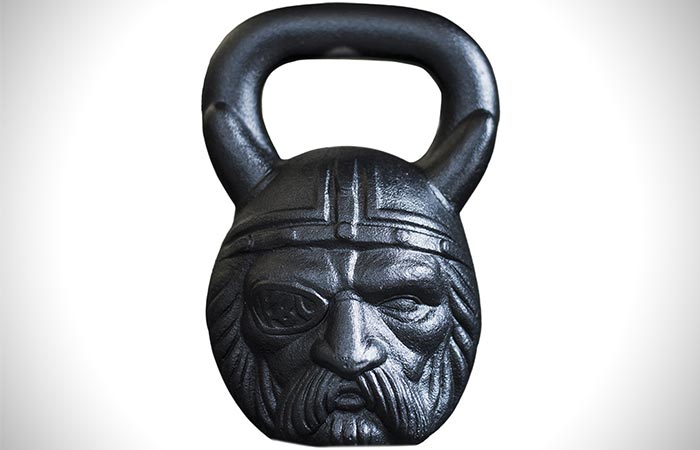 Zoobells showed their respect to an old Norse god by designing a 63 pounds Odin Kettlebell.

If Odin Kettlebell isn’t that badass to you, you can get one of the animal faced kettlebells like the lion, bear, wolf, panther and even a koala.