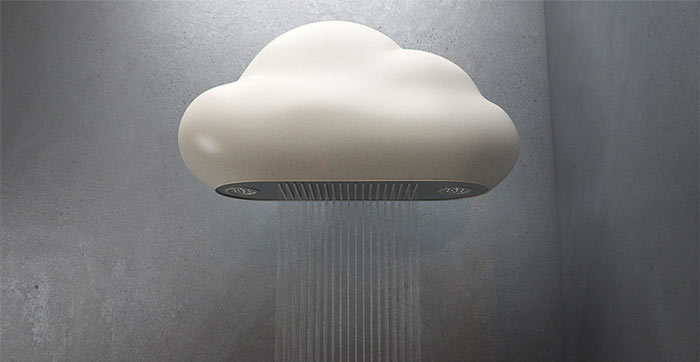 It feels like raining, but in the bathroom. It could be one of two things – the roof is leaking or the Nube Shower Head has just been installed.

Spain-based industrial designer Chuan Tey is the brain behind Nube Shower Head (nube in Spanish means cloud), a cloud-like shower fixture with lights embedded on either side. Nube’s concept is so fresh, so obvious and so whimsical. This shower head gives you a very relaxing and soothing feeling of being rained upon in the shower.

There is another aspect of the Nube Shower Head to consider: rarely does modern design delight children, but the playfulness of Nube Shower Head will certainly make youngsters smile which is why the designer suggests that Nube will be an ideal choice for schools, playgrounds, beaches, swimming pools, and, of course, not forgetting the bathroom.

Coming under a category of so-called storm cloud soakers, Nube Shower Head is available in several colours (of a cloud) – from a feathery white and dark gray to powder blue. [via] 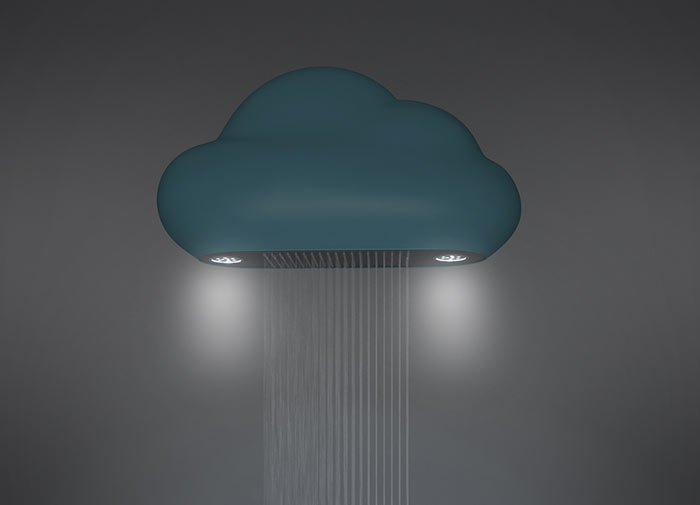 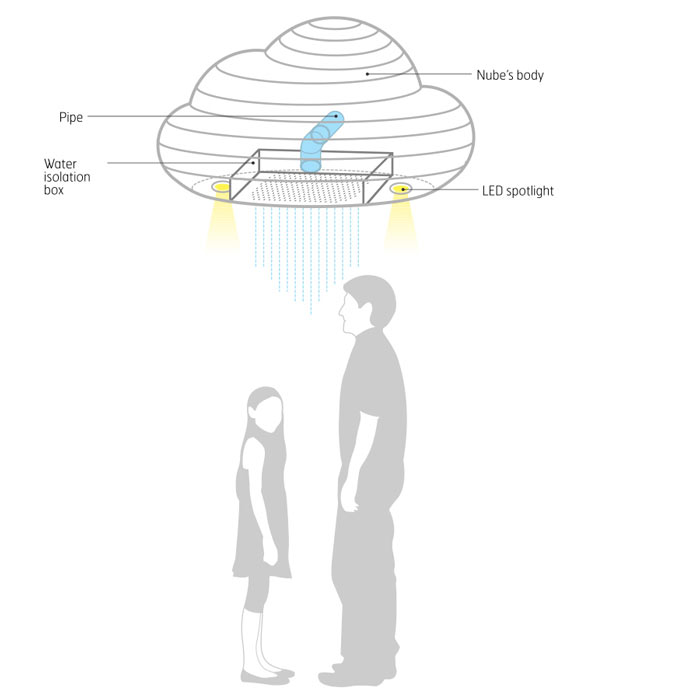 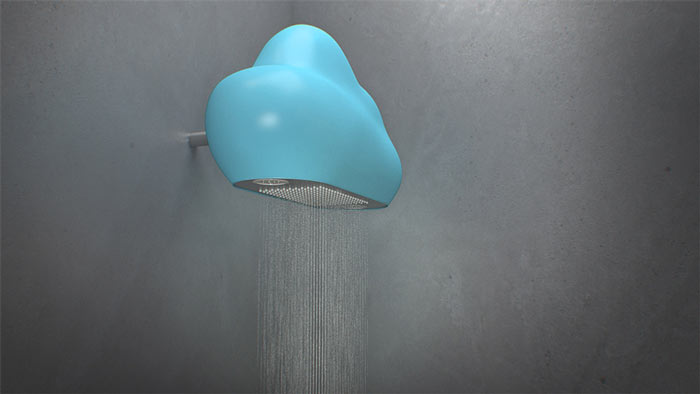 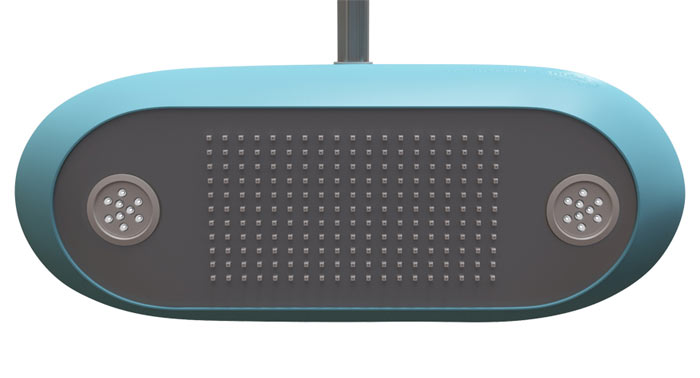 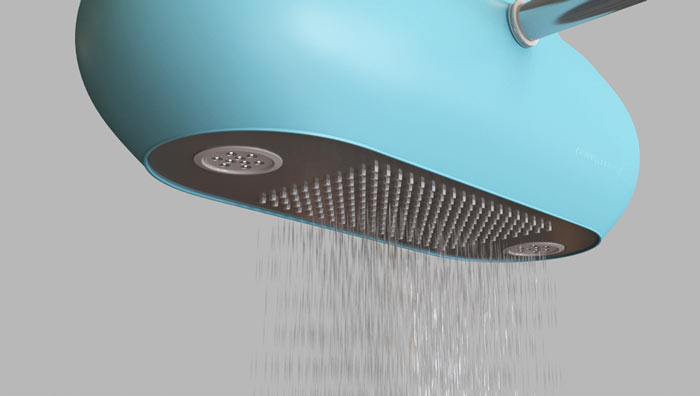