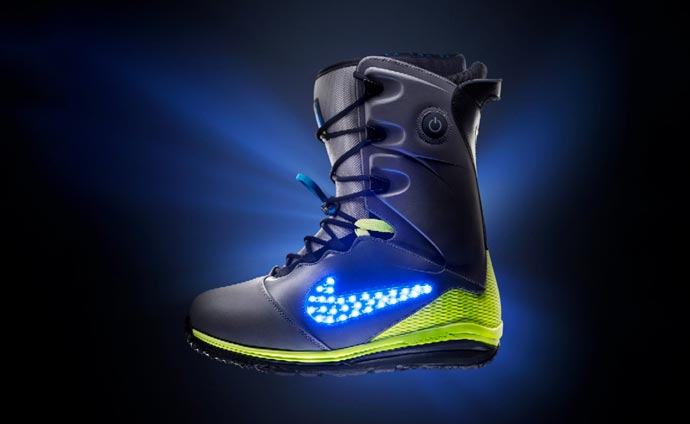 Nike’s President and CEO Mark Parker and Vice President of Global Design John Hoke have been recently quoted as saying that two the things that moved Nike’s business forward (and their business is worth incredible $60 billion) was design and innovation. Well, these two things are certainly the first to spring to mind when you see Nike’s Snowboarding LunarEndor Quickstrike Boots.

Would you believe if we told you that these are LED snowboard boots, powered by a lithium ion battery? They even have an on/off switch in the upper part of the boot’s cuff. Just imagine seeing these gyrating through the pitch black sky and hearing the crowds going ‘Wow!’ after each alley oop, halfpipe, or backside 720.

The ‘wow’ factor aside, Nike’s Snowboarding LunarEndor Boots have a few other fantastic features. In order to absorb the impact during landing, the boot has the Lunarlon foam cushioning and the strong support to help snowboarders with keeping their legs and hips easily allineated. The LunarEndor also has custom-built flex line system to provide snowborders with three grades of stiffness. 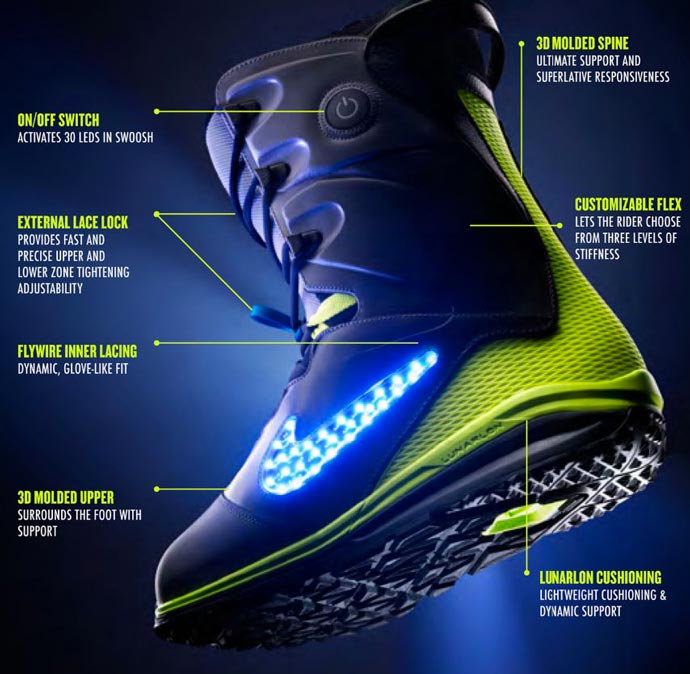 The LunarEndor QS’ upper is 3D molded and comes with the Flywire inner lacing system for better fit. To top it all off, the boot is fortified with Strobel technology which accumulates heat, and make your feet warm.

Nike has revealed these futuristic-looking boots just in time for Olympic qualifiers, and these just could be the most cutting-edge snowboarding boots around. The company launched LunarEndor Quickstrike only recently in limited quantities at its official website and at local Nike shops. watch video below 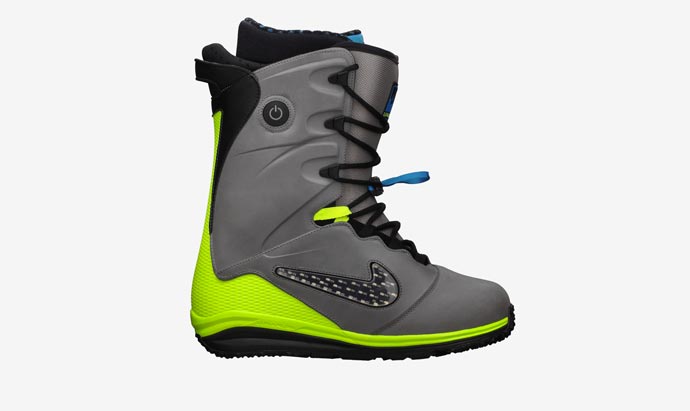 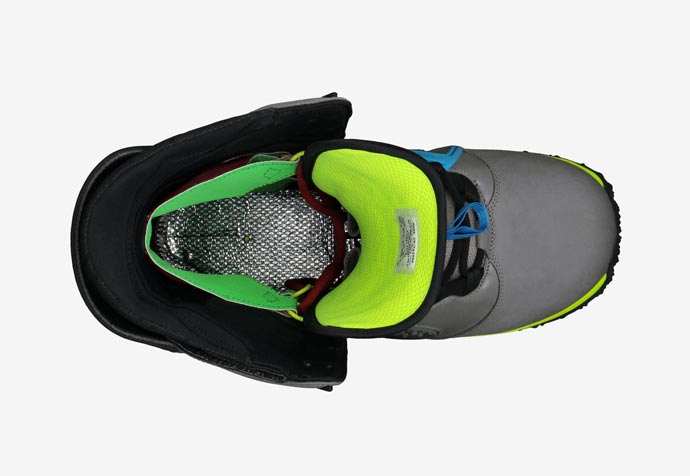 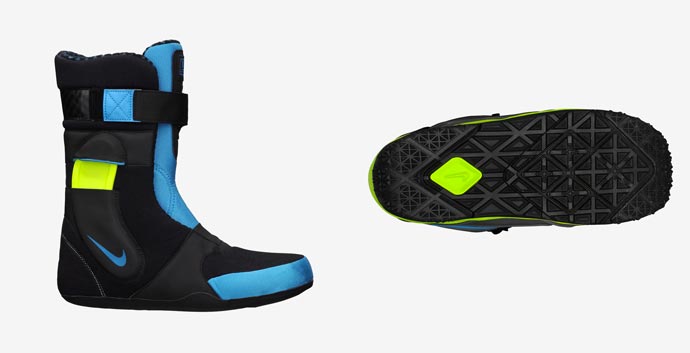 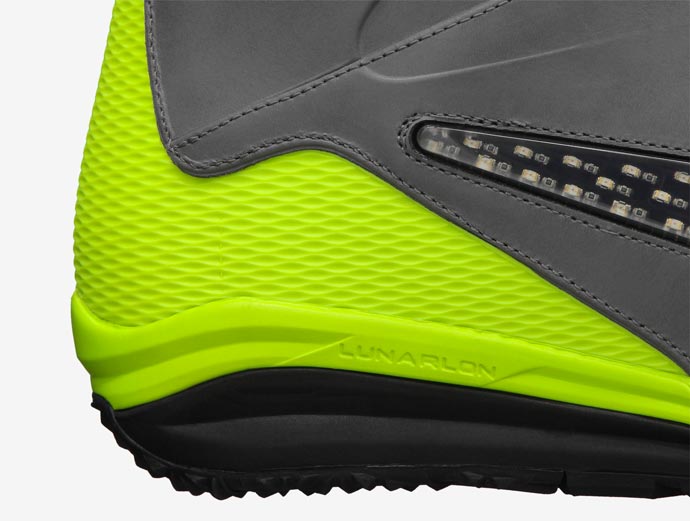 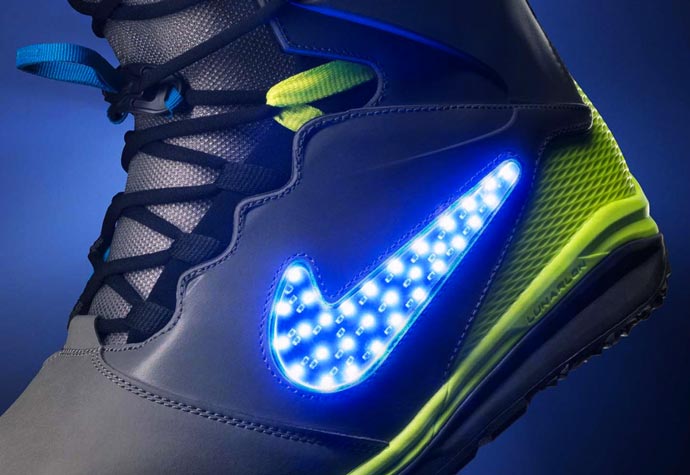