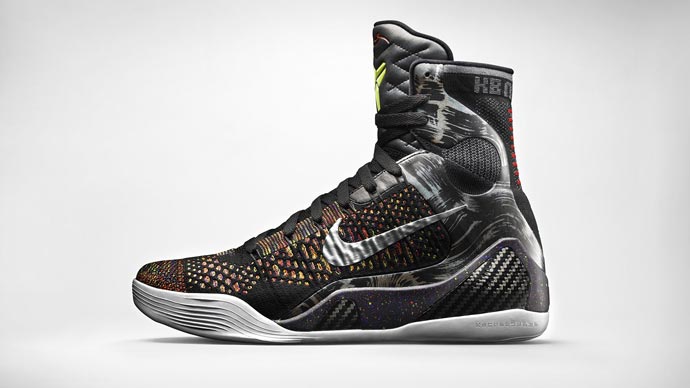 First there was Michael (Jordan), then there was Kobe (Bryant). Apart from being basketball legends, these two are also known for designing their own basketball shoes for Nike and becoming hugely successful in the process. There are very few people in this world who haven’t heard or worn Air Jordan sneakers, while Kobe’s shoe, called the Kobe 9 Elite, is probably the first basketball shoe to have the flyknit technology incorporated into it. Nike’s director and Vice President of innovation Eric Avar says that the Kobe 9 Elite gives athletes „engineered strength similar do the design of a spider web“. 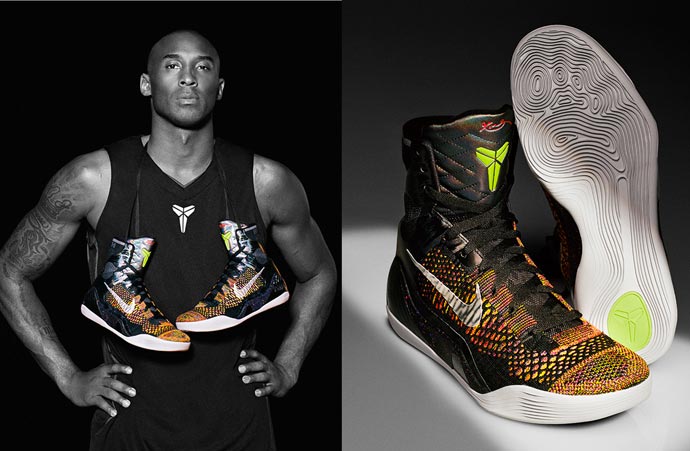 What exactly is the flyknit technology which makes Kobe 9 Elite basketball shoe so unique? Using this technology in making sports shoes allows for better breathability, stronger support and stretch. Add to this two more of Nike’s innovative technologies – flywire and lunarlon – and what you get is the basketball shoe of fine performance, cutting edge design, durability, strength, and structure without compromising on the foot’ natural movement. The lunarlon technology provides excellent cushioning for that added feet to court connection.

The outsole of the Kobe 9 Elite high-top basketball shoe is constructed to mimick Kobe’s own foot thus creating an interesting pattern and sufficient court traction. The shoe also has interesting visual patterns with colourful embroidered details.

This is Kobe’s ninth signature shoe and you are probably wondering what prompted him to do yet another sneaker, apart from probably a very lucrative contract? The Los Angeles Lakers star says that he draws inspiration from where he is a player, as a person, and where his career is at any given moment. “I let my emotions out when I step on the basketball floor, it’s always been my escape, and these shoes will touch a nerve on the court in the same way I do.”, Kobe adds. [via] watch video below

The Kobe 9 Elite will be officially launched on February 8, 2014. 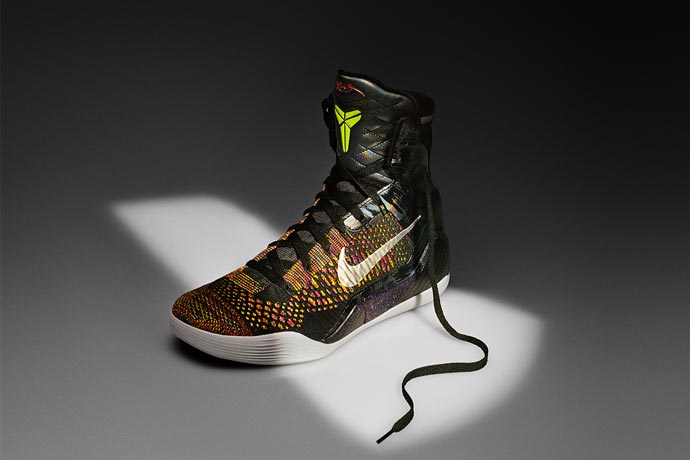 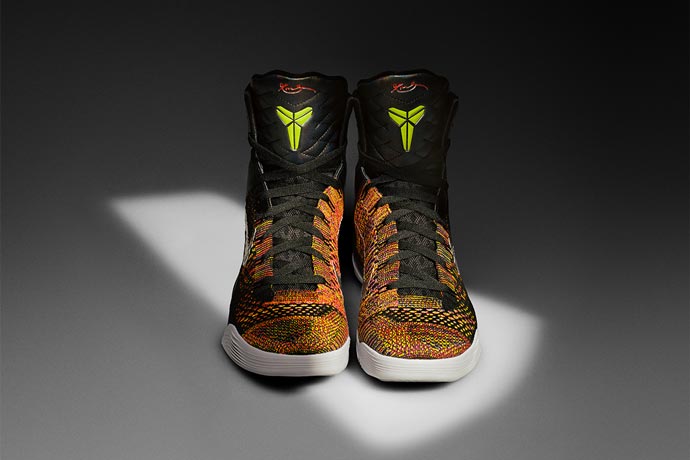 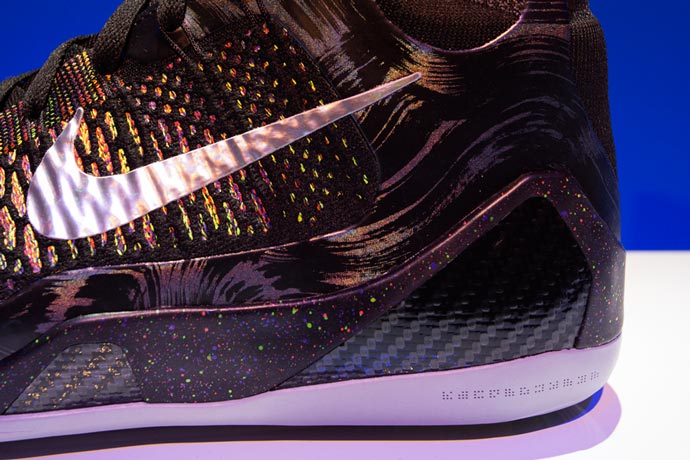 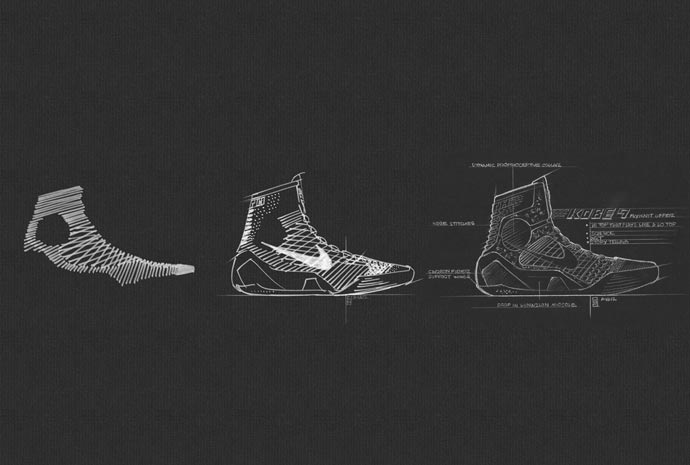 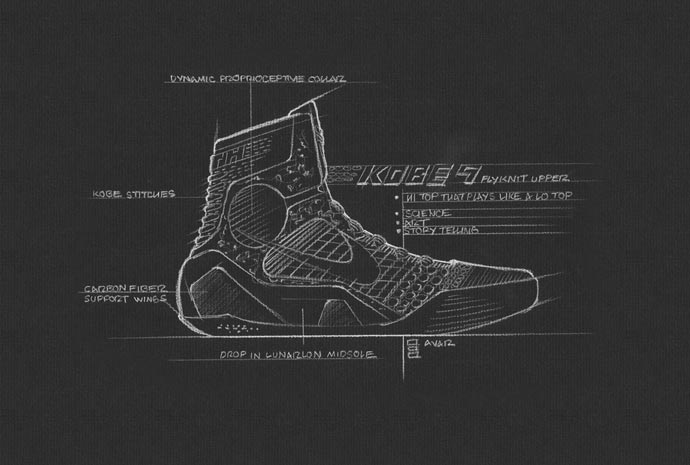