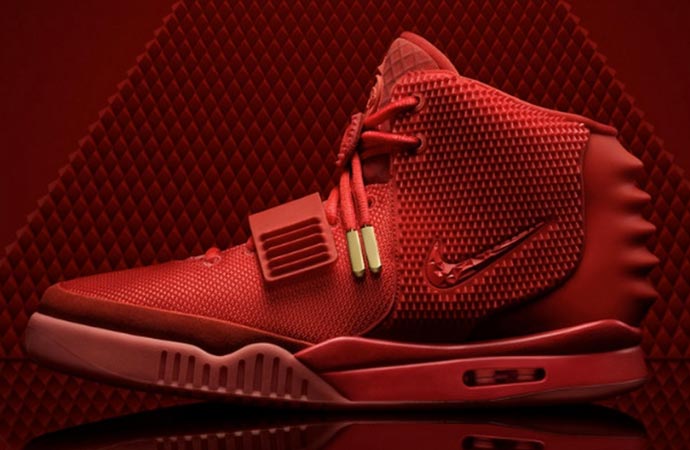 The trainers that we are featuring today – NIKE Air Yeezy 2 Red October – are just screaming for attention. They are bold, attractive, in your face – just like their famous designer Kanye West. We are pretty sure that it won’t come as a surprise to you that the these trainers sold out in record 11 minutes as soon as Nike announced the sale via Twitter link only. The current demand is so high that some online stores (like the Fancy) are selling Red Octobers for up to $10,000 a pair.

However, the creative and collaborative process between the rapper and Nike hasn’t been smooth sailing. West has been seen wearing the trainers for months, but uncertainty about the release date and the squabble over royalties eventually pushed West into leaving Nike for Adidas late last year before the sneakers were even launched. 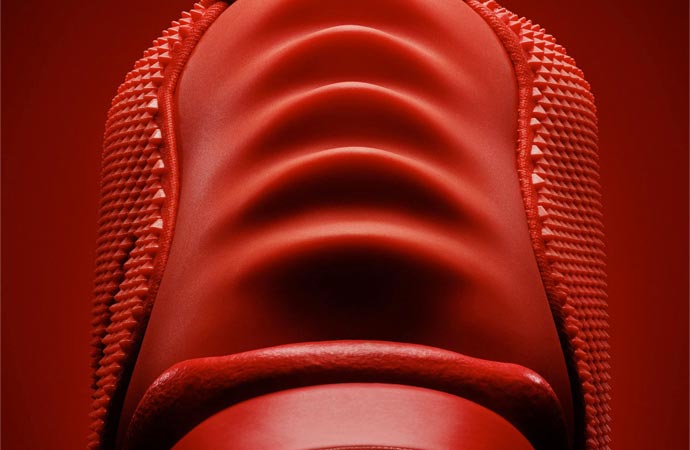 What is so outstanding about Air Yeezy 2 Red Octobers, apart from being designed by the controversial musician? They come with a traction from the proven tennis design, have molded rear sculpted reptilian-influenced spikes, while the strap is taken from the quintessential Nike cross trainers. And it took six years for them to see the light of the day.

The original Air Yeezy was launched in 2009, followed by Air Yeezy II in 2012. Both are considered extremely exclusive and have even fetched $90,000 on eBay. 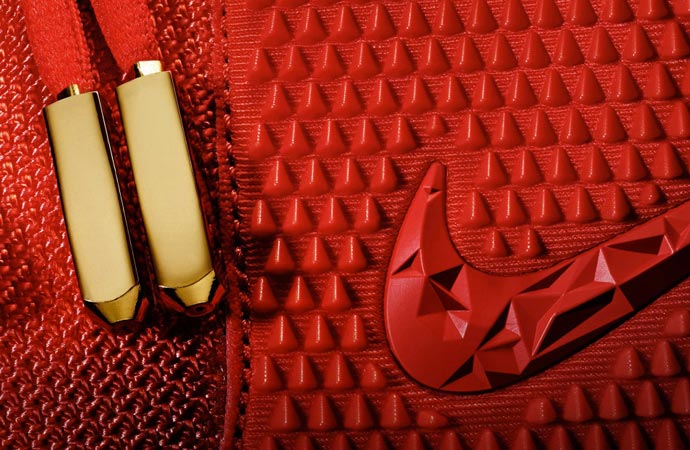